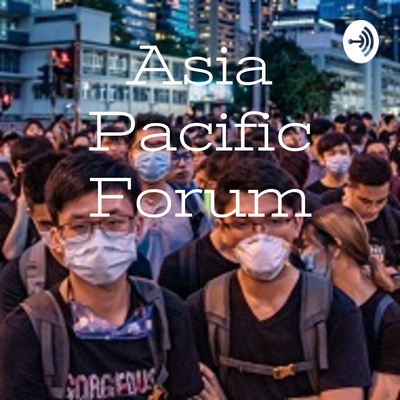 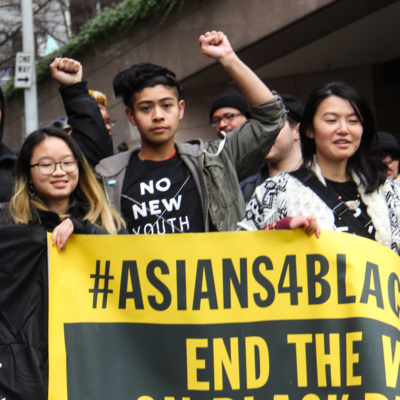 Asia Pacific Forum August 2020
Asian America on the Black-led Uprising for Racial Justice The Black Lives Matters protests that have spread around the country for the last several months have been punctuated by solidarity protests led by Asian American groups. We spoke to Thenmozhi Soundararajan of Equality Labs about the connections between anti-caste discrimination and anti-Black racism and the role of the South Asian American community in fighting both. The Future of Dissent in Hong Kong When Beijing passed a new security law for Hong Kong at the end of June, many activists on the island were both outraged and terrified, fearing that the law marked a death knell for the Hong Kong pro-democracy movement. It imposes major restrictions on dissent, massively expands Beijing’s political influence and control over the city’s legislature and judiciary, and enables some national security cases to be tried on the mainland. All these elements severely undermine the one country, two systems regime that was put in place during Hong Kong’s transition to mainland rule following the handover from its former colonial master, Britain. While many activists are panicking, it’s worth taking a step back and asking what exactly this means for the long-term future of political dissent in Hong Kong and the wider diaspora. We speak with Gina Anne Tam, a professor of Chinese history at Trinity University and observer of Hong Kong politics, about why the new Hong Kong security law matters, but maybe not the way a lot of people think it does. Addendum: Tam noted after our interview that she drew from some of the work of Wilfred Chan, who has also been a guest on APF. For further reference, see: Hong Kong's Fight for Life The Left's Role in the Hong Kong Uprising Cultural protest in Chile and Palestine (Part 2) Natisu, a Chilean-based musician and cultural worker with Trabajadoras de la Música, and Tarin Gonzalez, a Bronx-based activist with Existence is Resistance, reflect on militarized violence and the role of art in social movements. --- Cover Photo: Scott Lum, CC BY-NC 2.0, cropped from original.
1:01:36
August 30, 2020 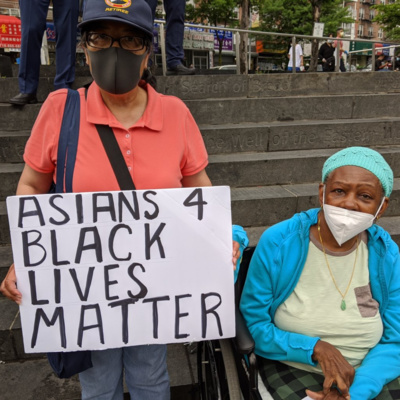 Asia Pacific Forum June 2020: COVID-19, Electoral Politics and Labor; Asian Americans & Black Lives Matter; Chinatown Rent Strike, Natisu
Since our last episode, the world seems to have been turned upside down. Not only has the COVID-19 pandemic continued to ravage communities around the world, but a nationwide groundswell of protest against police brutality has erupted in the wake of George Floyd's killing. Meanwhile, hostilities between the US and China are escalating over the pandemic response. In this episode, we’ll talk to labor activists in Myanmar and the US about how workers are coping with the pandemic, examine anti-Asian sentiment in the presidential race, and look at protests in Asia, Minnesota and beyond. Organizing API communities amid the pandemic and systemic racism We spoke Kim Geron, Monica Thammarath and Alvina Yeh of the Asian Pacific American Labor Alliance about how Asian American workers and their communities are faring as they face the COVID-19 pandemic, economic devastation, and an explosion of racial unrest. (A portion of this segment also appeared on Dissent's Belabored podcast.) Pushing back against "tough on China" Tobita Chow, head of Justice is Global, talks about the politics of the presidential election are heating up under the specter of China. While Trump's ant-China rhetoric is on full blast, Biden’s upping his anti-China game too. A group of Asian American activists recently penned an open letter to Biden condemning one of his campaign ads, which accuses Trump of "being soft on China," and called for a more enlightened foreign and domestic policy when dealing with both Beijing and the Asian American diaspora. #CancelRent in Chinatown Melanie Wang with CAAAV Organizing Asian Communities talks about a rent strike in Chinatown, part of a citywide campaign to demanding rent and mortgage relief for all New Yorkers.  Myanmar's workers are on a strike wave Labor organizer Andrew TIllett-Saks discusses workers' struggles in Myanmar’s garment factories and the broader impact of the pandemic on conditions in South and Southeast Asia’s factories. Cultural protest in Chile and Palestine Natisu, a Chilean-based musician and cultural worker with Trabajadoras de la Música, and Tarin Gonzalez, a Bronx-based activist with Existence is Resistance, speak about the recent protests in Chile, along with what it means to draw global connections and build solidarity in the Bronx, Palestine, and Chile. Please sign up for our email list to get updates on new episodes and donate to support our journalism. Visit asiapacificforum.org to get all of our archived episodes going back to 2006! There you can also learn more about joining the APF collective--no experience necessary. Email any comments or story ideas to asiapacificforum [at] gmail [dot] com. Theme: "A Softer War" by mobygratis.com. Image: Greater Flushing Chamber of Commerce.
1:26:40
June 7, 2020 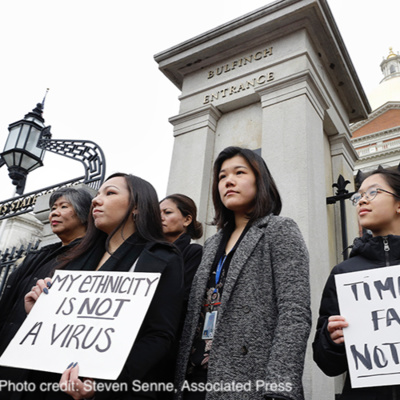 Pandemics, Racism, War Crimes and Climate Change
Anti-Asian Violence and Discrimination in the Coronavirus Era With the establishment of the United States as the epicenter of the coronavirus pandemic, millions of Americans are feeling the impact of the crisis. But many in Asian American communities are also facing hatred directed towards those perceived to be responsible because the president and other public figures have played up the fact that the virus emerged in China. We speak with Professor Russell Jeung, professor of Asian American studies at San Francisco State University about his work monitoring anti-Asian violence and discrimination in the coronavirus era, including the website Stop AAPI Hate where individuals can report hate incidents. International Criminal Court Opens Door to Investigating US War Crimes Charges As the Trump administration scrambles to broker a deal with the Taliban that will allow the US to reduce its military presence in Afghanistan, the International Criminal Court is providing victims of that war one last chance to seek justice. The ICC’s Appeals Chamber reversed an earlier decision by the Court’s Pre-Trial Chamber, which had blocked the ICC Prosecutor from initiating a formal investigation into human rights violations and related crimes against humanity. Because the investigation would involve many US officials, the Trump administration, not surprisingly, sought to pressure the ICC and stonewall the investigation. The new ruling from the Appeals Chamber gives a greenlight for the investigation to go forward. Though the US has historically ignored and refused to comply with the ICC, the human rights lawyers involved in the case hope that moving forward with the ICC process will strike a blow against the near total impunity that many US officials have enjoyed up till now. MoMA Divest Disrupts Iraq War Art Exhibit At the Museum of Modern Art’s PS1 Space in Queens, a group of activists from the MoMA Divest campaign staged a demonstration at a controversial exhibit featuring artists’ reflections on the Iraq War, titled Theater of Operations: The Gulf Wars 1991-2011. The group delivered the demands of many artists and activists calling for divestment from morally corrupt enterprises such as private prison companies, and the defense contractor Constellis Holdings, formerly named Blackwater, which was heavily involved in the Iraq war. The protesters had intended to tear up the works of one of the artists, Ali Yass, who had asked for his artwork to be destroyed as a statement of protest. In the end, MoMA managed to remove Yass’s works before the protesters had a chance to get to them on March 1, but they found a workaround. We talk to Basma Eid, an organizer with Freedom to Thrive. Confronting the Danger of Environmental Activism in the Philippines with Spirit Questing The Philippines is ground zero for climate related disasters and one of the most murderous countries for environmental defenders. We speak to Peachie Dioquino Valera, a Philippines based environmental activist, Futures Learning Advisor for Center for Engaged Foresight, and Spirit Questor. Valera shares how she confronts corporate greed and extrajudicial killings through spirit questing and climate justice work.
1:07:59
April 15, 2020