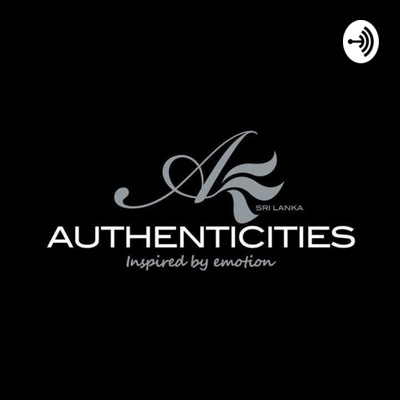 By Authenticities Sri Lanka
Seven years ago, an idea was born. Its only mandate was to cater to a lacunain luxury travel, aspace that was hitherto unoccupied. We felt the time was ripe to introduce a flavor of travel which encompasses the soul of a destination and new travel perspectives. To this was added the blend of luxury travel and impeccable service that would be bespoke and highly personalised. Thus was born Authenticities.

We wanted to showcase the best that Sri Lanka has to offer, but doing it in our unique style -creating innovative and authentic experiences.
Listen on
Website 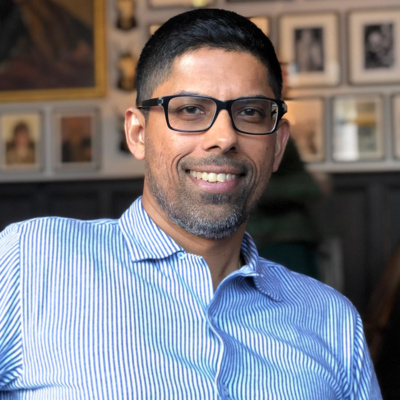 Resplendent Ceylon | Owner, Malik Fernando: 50 Shades of Green, Sri Lanka's Stunning Diversity, and An Accidental Hotelier
Our guest today is Malik Fernando, Founder and Managing Director of Resplendent Ceylon, a collection of luxury boutique hotels in Sri Lanka. It’s hard to even call Malik’s properties hotels. They’re more like beautiful places to rest your head wrapped into a full on experience of living life and diving into Sri Lankan culture. From the palm fringed shores of Cape Weligama, to relaxing on a working tea plantation in the mountains, to being on safari at Wild Coast Tented Lodge - you can’t get more immersed than this. Malik’s father is a famous figure in Sri Lanka, having founded Dilmah Tea which is exported to over 100 countries around the world. When Sri Lanka opened up to tourism, Malik noticed an increasing number of tea drinkers reaching out to ask to come visit… so he renovated some bungalows and invited them to come along. Today his 3, and soon to be 4 hotels are the top luxury options in the country. Malik and I discuss why Sri Lanka is such an underrated destination. He also tells insider stories about the building of the lodges, their passion for community development, and why true luxury is about feeling pampered AND being immersed in the local culture. Credits - https://luxurytravelinsider.libsyn.com/resplendent-ceylon-owner-malik-fernando-50-shades-of-green-sri-lankas-stunning-diversity-and-an-accidental-hotelier
32:32
April 16, 2021 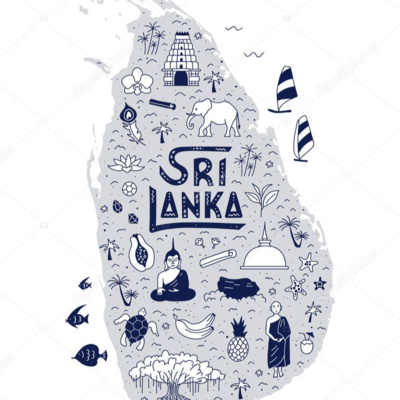 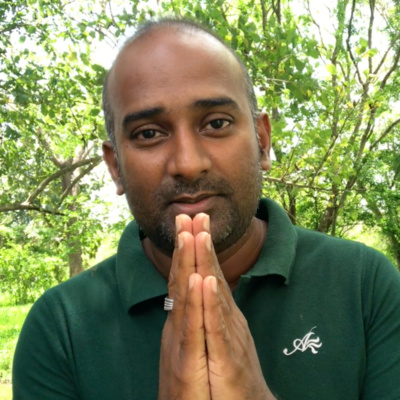 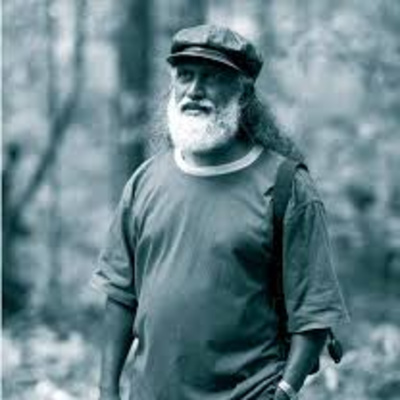 A Brief Guide to Birdlife and Bird Behaviour - by Professor Sarath Kotagama
Meet Professor Sarath Kotagama, a dedicated environmentalist and an ornithologist who’s here with us to shed some light on local birdlife and highlight the importance of birding and birds in Sri Lanka. Hailing from a rural area in Bandarawela, Sri Lanka, Professor Kotagama's education extends from a reputed school till he entered the university in 1969. After completing a BSc degree in Zoology Special with a second class (Upper Division) in Marine Ecology in 1974, he continued completing his post-graduate PhD in Ornithology, studying the “Feeding and Behavioural Ecology of the Rose-Ringed Parakeet” in 1982. With an impressive set of educational qualifications and practical experience, Professor Kotagama continued his field of work by devoting time for academic contributions at Brandeis University in the USA, Konan university in Japan and Bharathiya Agricultural university in India, appearing as a guest lecturer. Recognised as the first professional Ornithologist in Sri Lanka in 1982, today Professor Kotagama is the chairman of the Asia Council of the Birdlife International Asia Partnership and a Global Council Member in the Birdlife International Global Council.
56:26
March 11, 2021 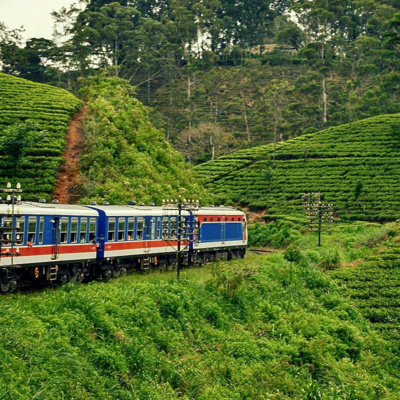 By train across Sri Lanka by DW Documentary
Asia’s most beautiful railway line? The “Main Line” cuts through tea plantations and jungle, then passes Buddhist temples and relicts of the British Empire.   In the 19th century the British built a railway in what was then their colony of Ceylon. Their idea was to transport goods such as tea from the highlands to the port of Colombo. Today it’s mainly only locals and tourists who use the so-called "Main Line." The route is considered one of the most picturesque in the whole of Asia.  Our trip takes us from the capital, Colombo, to Ella in the highlands. Our first stop is one of the country’s largest elephant orphanages. And then on to Kandy, the former capital of the Singhalese kingdom. The city is home to the famous Temple of the Tooth, which is said to house the Buddha’s top left canine. The train then winds its way further up into the highlands. We watch tea pickers at work and go to a tea factory to discover where the aroma comes from. Nuwara Eliya is Sri Lanka’s highest town at an altitude of almost 1900 meters, where a racecourse still brings the colonial era back to life. The stations have also retained their own colonial charm: in 1901, a signaling system was set up to make the long journey safer. And those suffering from the altitude can catch their breath at the final stop, the spa in Ella. Exciting, powerful and informative – DW Documentary is always close to current affairs and international events. Our eclectic mix of award-winning films and reports take you straight to the heart of the story. Dive into different cultures, journey across distant lands, and discover the inner workings of modern-day life. Subscribe and explore the world around you – every day, one DW Documentary at a time.   Subscribe to DW Documentary: https://www.youtube.com/channel/UCW39...​  For more information visit: http://www.dw.com/documentaries​  Instagram https://www.instagram.com/dwdocumentary/​Facebook: https://www.facebook.com/dw.stories​   DW netiquette policy: hhttps://www.dw.com/en/dw-netiquette-policy/a-5300954
41:14
February 23, 2021 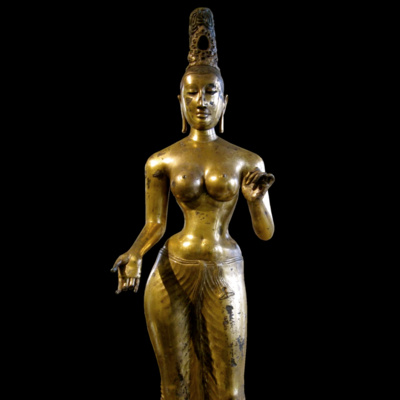 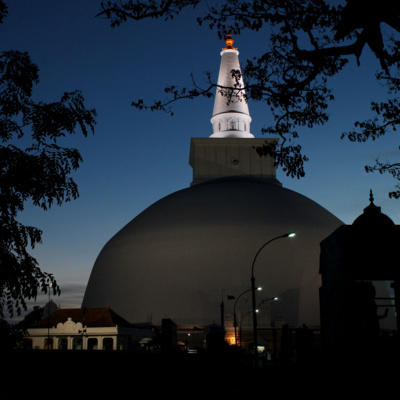 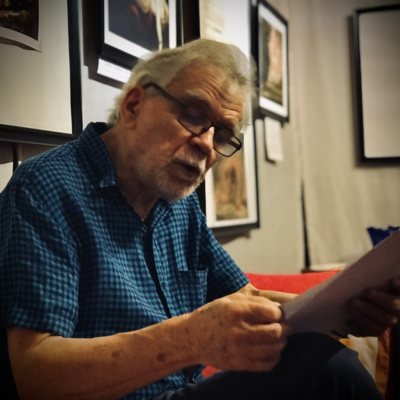 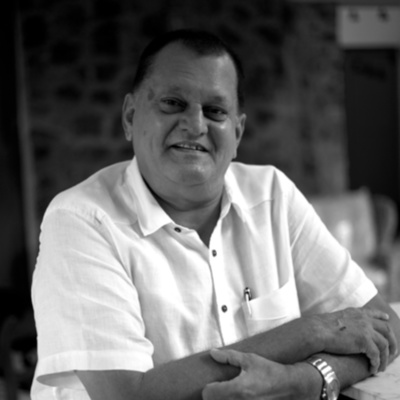 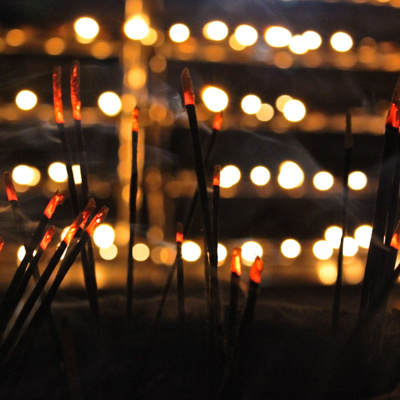 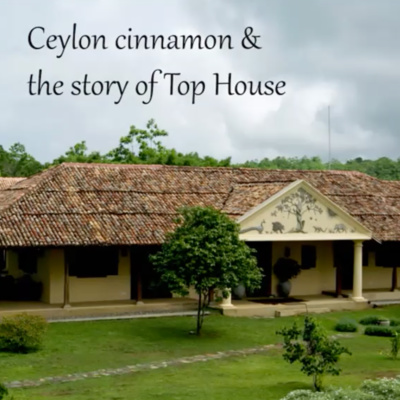 The Cinnamon Story
The Cinnamon Story "For uncounted centuries they came from the four corners of the globe…braving treacherous oceans and cruel currents… howling hurricanes and turbulent tempests… They arrived on the golden beaches of our magical, lush Island of Ceylon in graceful Galleons, Majestic Chinese Junks and sleek Arabian Dhows. They came in search of the most enchanted, fabulous spices in the world. Those who arrived were the emissaries of Roman Caesars, Egyptian Pharaohs and Chinese Emperors. Who prized and treasured True Ceylon Cinnamon and other spices from our Island for Its unique, enticing aroma, delectable flavor and multiple medicinal qualities. True Cinnamon and other spices which are indigenous to the bewitchingly beautiful Island Nation of Sri Lanka, which has been legendary for its Cinnamon for well over 2000 years. Wars have been fought …the country has been occupied (never conquered) by the Portuguese, Dutch and British primarily because of our spices and mainly because of our Cinnamon. Find out the secret of True Ceylon Cinnamon & other spices…savor the irresistible, indescribable aroma, taste and flavor of these valuable spices today!" Top House is a beautiful, working cinnamon estate of 25 acres, just inland from Weligama; 6km from the Expressway and a few minutes from the Galle – Tangalle coastal road. The resident British owners have restored the plantation and now produce true Ceylon cinnamon, which grows on the steep slopes of a high hill. The plantation house is perched on the hilltop with spectacular views over the jungle to the north and the Indian Ocean to the south. The owners have also built an artisan distillery where they extract pure cinnamon leaf oil according to age-old techniques fine-tuned with modern technology. We join the owner of Top House Cinnamon Planation Rupert on a tour of the estate and it’s Cinnamon Experience.
35:47
December 20, 2020 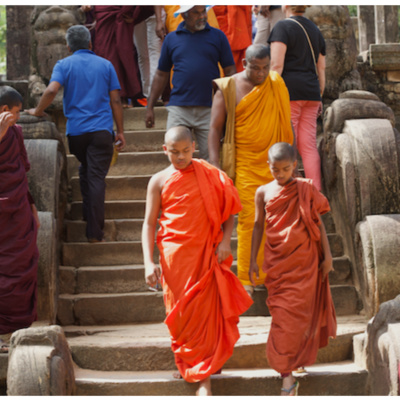 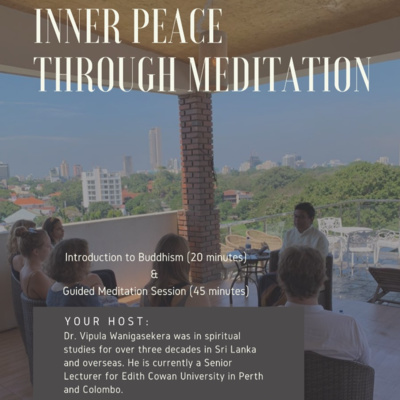 Inner Peace Through Meditation
Dr. Vipula Wanigasekera was in spiritual studies for over three decades in Sri Lanka and overseas. He is former Sri Lankan Diplomat and Director General of Sri Lanka Tourism Authority. He is currently a Senior Lecturer for Edith Cowan University in Perth and Colombo. After launching his book ‘Pointers to Enlightenment’ he started offering meditation sessions for tourists on the theme that ‘Truth is Simple, and it is too simple why most people cannot grasp’. His one-hour discourse and meditation explains how human suffering, be it stress, anxiety, worry, fear, or anger apart from inevitable aging, sicknesses and foreseeable death can ignite an inquiry with an inward journey into self. That search, if one keeps all options open without prejudice, may encounter perhaps with a surprise, what is looked for, has never been outside ‘WHAT IS’.
01:04:06
December 07, 2020 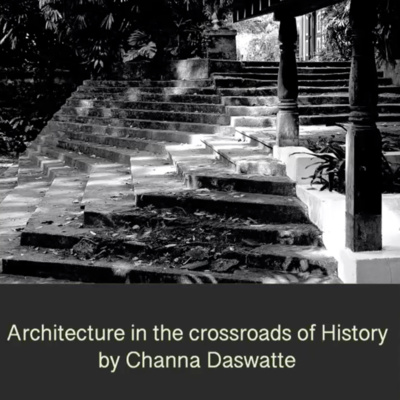 Architecture in the Crossroads of History
A conversation about architecture on the island of SriLanka which has Long been a important crossroad in the Indian Ocean trade routes. We delve in to tracing the influences and ideas that made Sri Lankan architecture from the ancient and medieval to the colonial and modern. We look back at the life and work of a great Sri Lankan architect, protagonist Geoffrey Bawa, was among the most influential creatives of his generation, designing not only buildings, but spatial experiences. His name will forever be associated with Tropical Modernism, a movement which looks to construct with space rather than in space. Within the extreme climate of his homeland, wild, invasive vegetation and native tradition are mixed with the colonial footprints left throughout the years by various cultures: the very same elements that animate a rich oeuvre of immersive and sensorial architectures inseparable from the tropical landscapes that envelop them.
58:13
December 07, 2020 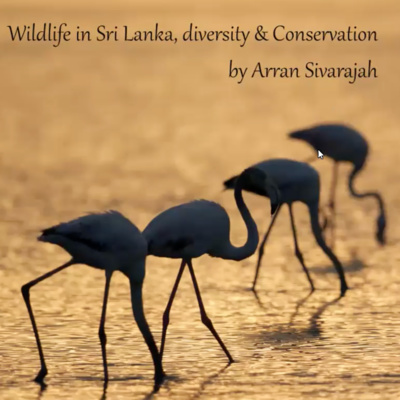 Wild life in Sri Lanka, Diversity & Conservation.
For centuries, Sri Lanka and its hidden treasures have seduced travellers from around the globe. The plains of Sri Lanka offer a wildlife spectacle to rival Africa's Serengeti.It's diverse wildlife has been blowing up on the big screen recently. National Geographic’s Wild Sri Lanka series that captivated Disney’s Nature Documentary Monkey Kingdom. Sri Lanka’s network of National Parks boasts a stunning range of landscapes and habitats, home to an amazing array of animals and birds. Each is different in character, climate and wildlife.
47:05
December 07, 2020 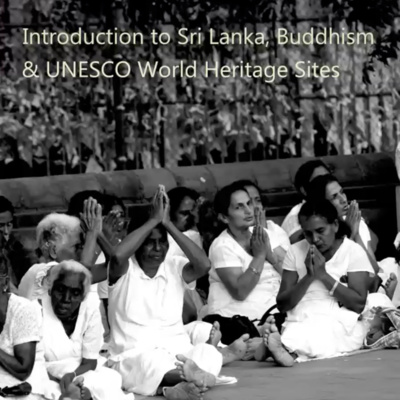 Introduction to Sri Lanka, Buddhism & Unesco World Heritage Sites
The island has more than 3500 years of continuous written history. We will delve into an in-depth exploration of this heritage with Sunil Ekanayake, senior Guide Lecturer with over 25 years of service to the industry. Listen to Sunil's Introduction to Sri Lanka, Buddhist Culture and World Heritage sites of Anuradhapura, Polonnaruwa, Dambulla & Sigiriya.
41:04
December 03, 2020