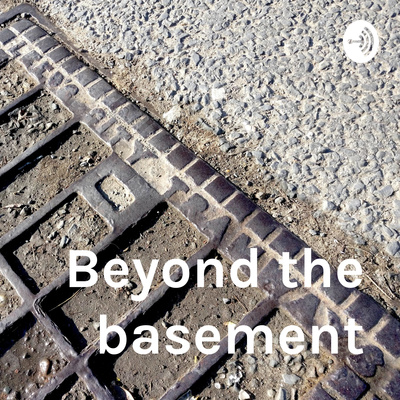 By Chris Kenworthy
Hello. I'm Chris. I'm a coach and writer. ​I help practically-minded do-ers, makers and thinkers focus on what really matters. I also once went mad in my basement. Not face-smeared-in-faeces-mad, just low-grade, brooding, existential despair mad.

This irreverent audio blog is about rekindling your curiosity and creativity in life (the kind I lost beneath sawdust in my basement DIY). You'll find urban exploration and half-arsed philosophical musing here. I wander, walk and wonder what makes things tick. Occasionally there's wisdom, usually just throwaway rants and whimsy.
Listen on
Website 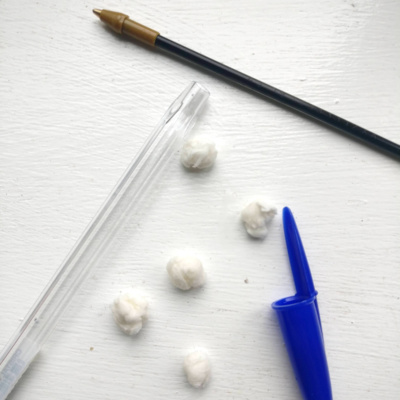 The tale of Bob and Decca 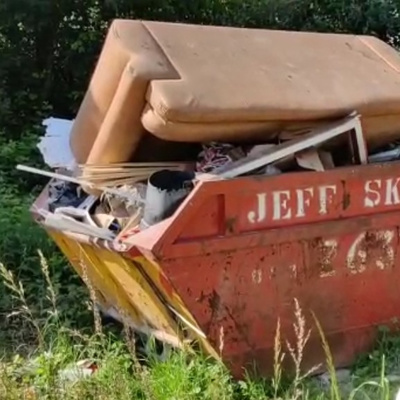 A chance encounter by a skip #AudioMo
I'm not ashamed to say I'm drawn to rubbish. Skips, bins, fly-tipping, fruity dog eggs and obscene graffiti. Our effluent says a lot about humanity. Or perhaps my curiosity says more about me, and my kind of people. Last week, I spotted a fun looking skip in Armley (a run-down, yet proud district of Leeds). So I paused to film a spoof advert for a friend ("What's that? No fires? BURN IT with Beesley's Skips!"). What happened next was the last thing I expected... A hatted, bespectacled man walking a shaggy dog approached me, with a European accent. "Ah, you find this strange too?", he asked, smiling and pointing at the skip - a hideous layer cake of sofa, carpets and mattresses. He looked like someone from a Wes Anderson film. A fat brown rat jumped out the skip, sized us up for a fight, then clearly throught better of it, idly wandering into the overgrown weeds. I paused for a moment, ready to spin some yarn about art, and play down my perverse interest in discarded human treasure. Then I thought, f*ck it. So I told him about the spoof video. He laughed, then we spoke about how odd, wasteful and filthy humans can be. Common ground. It soon transpired he was an economist. And in the space of five minutes we went from bins, to the role of social economics in Keynesian theory, Kate Raworth's doughnut, and the lunacy of austerity Britain. Not your typical fayre, on Armley's notorious town street. I suppose, by being my unashamed, curious, weirdo self, I learned a little more about something that matters to me. Maybe I made a new friend outside my usual circles. And perhaps he'll guest on my 'Pessimist's guide to a hopeful future' podcast, or open my mind to edgier economic thinking. Coaches often drone on about putting yourself out there, authenticity and connection. Maybe this was that: a profound illustration there's no 'right' way to do things, only your way, the way you already do, naturally. Or maybe I'm just a curious weirdo and other curious weirdos are my tribe. We love unusual dog turds. What's the oddest thing you've ever done that led to an unexpected connection?
05:36
June 16, 2021 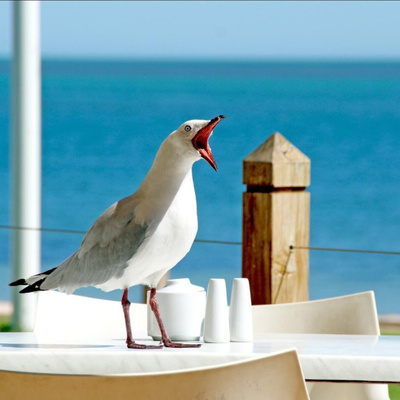 An audience with your inner critic
Reflections on a thing I did with some people. A workshop with improv and role play, getting to know the inner critic. Here's what happened. Photo credit: Andy T https://unsplash.com/photos/EiDWIYspZyc?utm_source=unsplash&utm_medium=referral&utm_content=creditShareLink
10:44
June 15, 2021 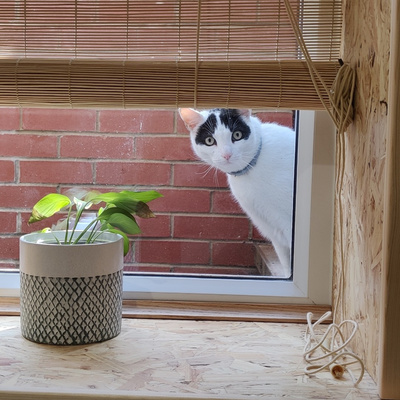 Friday Fireside with Happy Start School
You know when you say yes to something significant, then pop it in your calendar when it's ages away, then all of a sudden it comes along and turns out it's ACTUALLY happening? We'll, that's the story behind my upcoming live broadcast interview with my friends over at The Happy Startup School. Holy kak. What to do next? Preparation or presence? Laugh or cry? Catch the event at https://www.crowdcast.io/e/subvert-your-serious/register
08:07
June 14, 2021 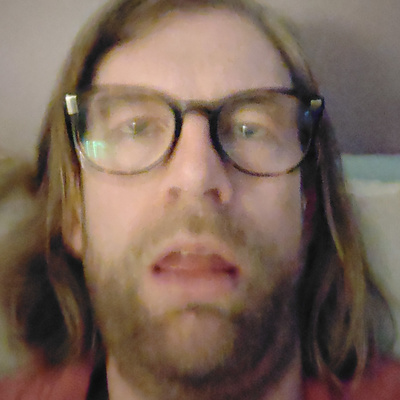 You can't be serious?
That time all the buses went wrong and I thought I could run a better public transport system than a district council. Why so serious? How might humour be a route out? Why is fun, play and compassion often the last place we want to go? What other options are there?
06:10
June 10, 2021 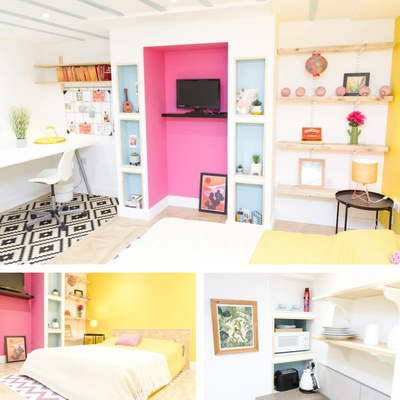 What it's like being an Airbnb host
Our experiences so far of hosting two Airbnb lets in our home. Airbnb is a website to rent out rooms or property. How it's going, stories about interesting guests and how to make it work. Our listings: http://www.airbnb.com/h/cosy-vibrant-wortley and http://www.airbnb.com/h/quirky-comfy-wortley
15:59
June 8, 2021 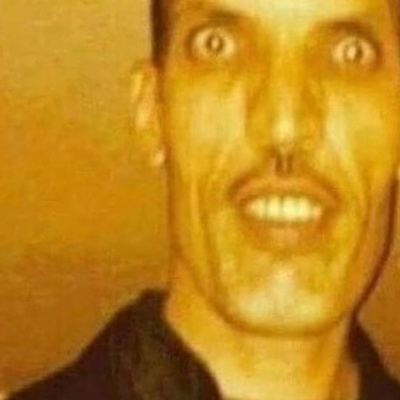 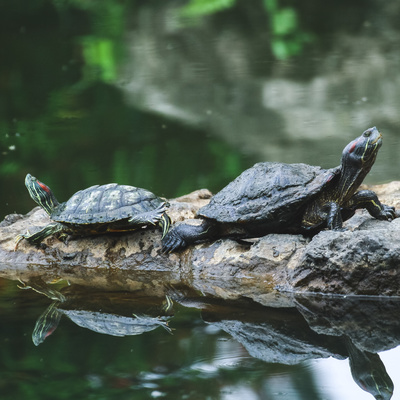 Incestuous terrapins #AudioMo
Fond-ish memories of a childhood pond. Day 4 of the #AudioMo challenge to record an audio blog every day in June. Photo by Benjamin Wong: https://unsplash.com/photos/Z_OmqGohZHc?utm_source=unsplash&utm_medium=referral&utm_content=creditShareLink
06:25
June 4, 2021 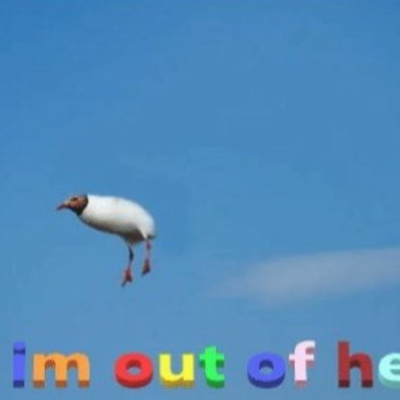 Always a seagull without wings #AudioMo
Today we play a little game about thoughts and feelings. https://knowyourmeme.com/photos/1618206
03:00
June 3, 2021 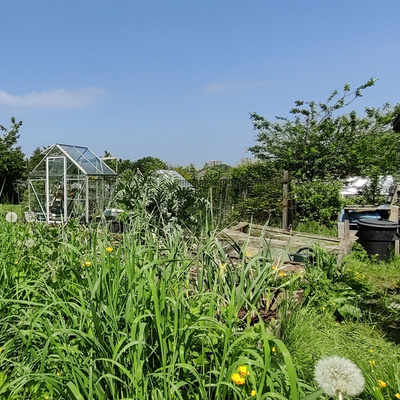 Stuck on how? #AudioMo
This one's for folk feeling stuck in the impossibility of a perennial problem. Whichever way you turn, is there a roadblock? Live and (partly) unscripted from the allotment. Inspired by June's #AudioMo challenge.
24:50
June 2, 2021 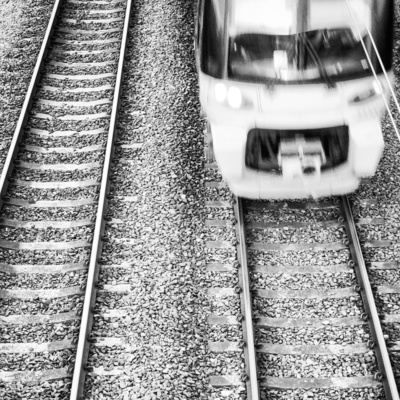 Honk hog #AudioMo
Here's how to give your day a lift, completely for free. Or end it with crushing disappointment before it even began. Part of the #AudioMo experiment: https://audiomo.tumblr.com/
05:35
June 1, 2021 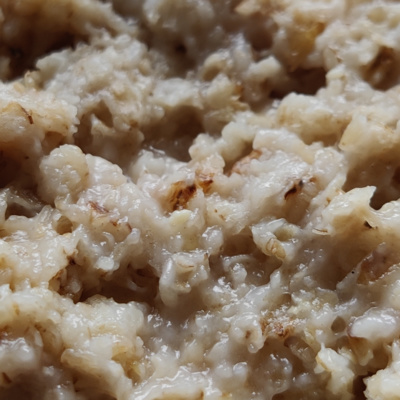 Lumpy porridge floor
What can a lumpy floor and self-levelling compound teach us about fear, control and change? More than you think, in a brief return to the basement for this episode. If you're a perfectionist or procrastinate from time to time, you'll identify with the cycle of fear, hesitance and imagination that's often the precursor to actually getting on with things. Maybe you'll learn a little bit about self-levelling floor compounds too.
14:43
October 8, 2020 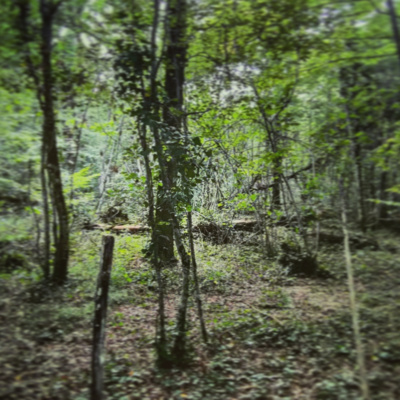 Qui est la? (French special in the forest)
Join me for a petit sojourn into a French forest to convene with Sasquatch and our fear of the unknown. Immersed beneath the canopy and with darkness encroaching, I wonder if there's a time and a place for those uncomfortable feelings we get, when we don't know 'what's out there'? Just a theory. Let's find out...
13:21
September 16, 2020 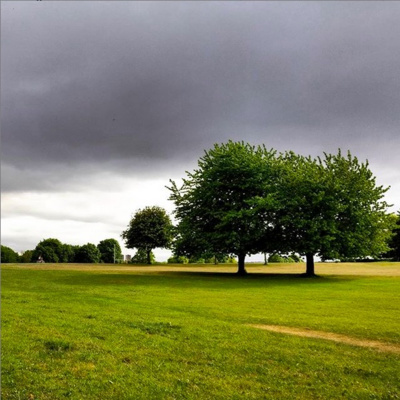 Thunderstorms and beheading
I'm scared of thunder and lightening. There, I said it. Now, what next? When we're faced with fear, uncertainty and discomfort - where do we go from there? What's an appropriate response? Join me in the midst of an extreme climatic event for a scary story without a point (well, not one that comes immediately).
10:36
September 1, 2020 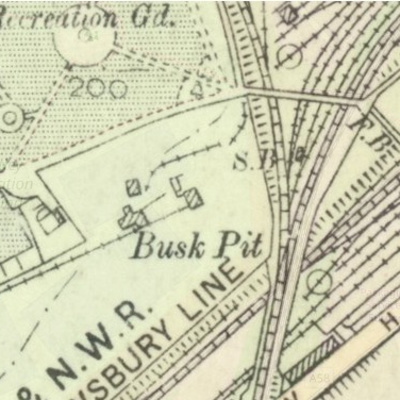 Down t' pit
After a funny couple of weeks, Chris clambours into a ditch to cheer himself up - in search of a disused mine. No coal to report, but irreverent insight abounds in this episode all about how every challenge is relative, and just as valid as any other. And if anyone who ever tells you to 'pull yourself together' or 'it could be worse', tell them to get lost - ideally down an long dark hole.
12:04
August 18, 2020 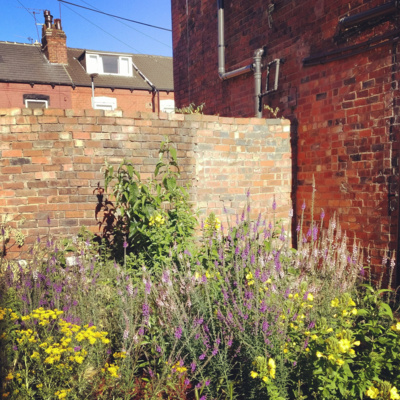 Herbicidal warfare
Ever notice things seem to happen in cycles - moods, motivation, action, rest and rumination? It's almost as if humans are part of some vast, natural, seasonal system where everything is influenced by everything else around it. Or am I talking complete tosh again. And is this just another aimless rant about the time my neighbour slaughtered a wildflower patch to store some bins? Listen to find out.  For more about what inspired this episode, read Jen Carrington's excellent article about intentional seasons. And yes, I meant 'herbicidal' when I said 'insecticidal'. Oops.
08:18
August 11, 2020 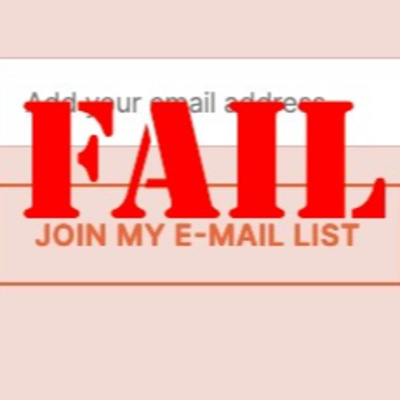 The very serious incident of the subscribe form
Join me, on a voyage into unchartered territory - pushing the boundaries of technology and communication, on a quest to add a text box and a button to my website. Bear witness as this human being, like many others before him, takes the problem way too seriously, overcomplicates things, and loses all perspective on the situation. Time for a bit of space, maybe?
10:54
July 29, 2020

The tale of Bob and Decca
Two little urchins at an inner city college are about to tear strips out of each other, until a wise, kindly, yet grossly under-trained classroom assistant steps in and does very little. Crisis averted? Let's find out. Maybe we can squeeze something insightful out of this...
13:05
July 20, 2020 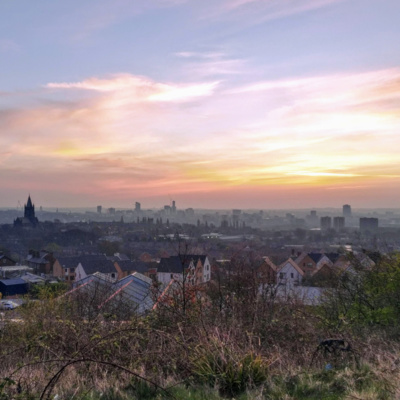 Rebuttal from Cabbage Hill
The last thing we need from lockdown is more podcasts by middle-aged white men; said some plonker on the Twitters I've never met, yet whose opinion I decided to heed. Isn't it funny how we let off-hand remarks like this (regardless of who made them) influence the course of our lives? That's the story behind this short public rebuttal. Yes, they're probably correct, but why do we, and should we ever pay attention to naysayers? I didn't, that's why you're listening to another podcast by a middle-aged white man.
08:52
July 13, 2020 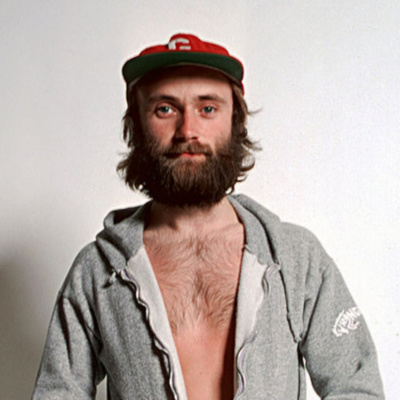 Let's play the Phil Collins game
An  old man speaks on BBC Radio 6Music. He sounds wrought, his cockney  tones lacerated with vocal fry and weariness. He sounds familiar yet  distant. A voice speaking of and from my past. I  recognise it, and all at once, Phil Collins becomes the harbinger of  death. This jovial, pinball-headed drummer assumes the form of the human  condition — mortality itself, squaring up to me, eyeball-to-eyeball,  toe-to-toe, sizing me up for the fight of my life. https://medium.com/@chris_kenworthy/lets-all-play-the-phil-collins-game-51e879872854
10:50
July 1, 2020 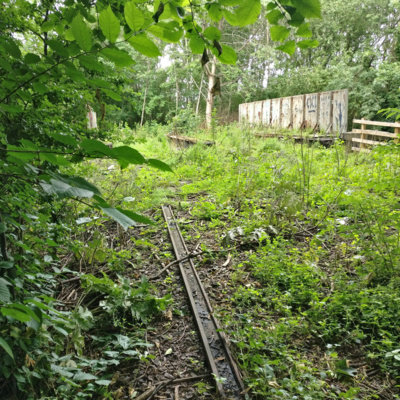 Walking the Wortley Curve
Welcome to the epicentre of creativity and self-destruction in West Yorkshire. A sheltered spot for private human indlugence, just a stone's throw from civilisation.
12:44
June 30, 2020