We have biweekly episodes where members interview other members about the COOP living and their personal story related to COOP. Each quarter is a different season with different hosts and themes. The idea is to engage members in knowing each other and contributing to improve COOP.

If you want to learn more about the COOP (UCHA -University Cooperative Housing Association) go to the website. 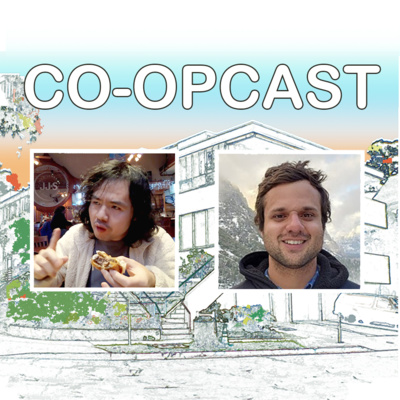 Co-opcast - Season 5 - Ep1 - Leo Liu
Co-opcast is back in this WINTER FALL 2022 for our 5th Season! In this episode Rodrigo Lara interviews Leo Liu, Store Crew Chief: "I’m a Chinese international student, came to the coop 5 years ago and lived here ever since. I’m working on my PhD degree in biochemistry and also my startup Chilk.co.  It has been crazy to think about I would be doing both not long ago, but the support from my fellow coopers and friends had truly been amazing. I’m also the store crew chief, so if you like any snacks, let me know I’ll get them for you in our little student store."
23:07
February 02, 2022 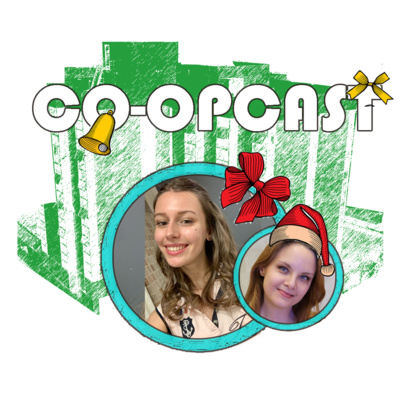 Co-opcast, Ep.1, Holidays Season - Anais Pautrat
Anais Pautrat is from France, studies Global Business in UCLA Extension as a part of her degree. But what is more important - she made a lot of friends in UCHA! Watch this funny episode to get the spirit of sincere friendship and Christmas! Happy Holidays fellows!
09:13
December 15, 2021 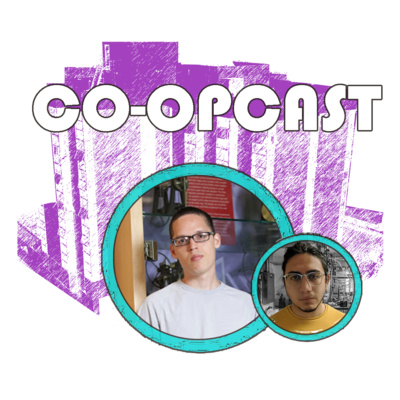 Co-opcast Ep.1 Season 4 - Michael Guevara
Michael Guevara is a 4th year PhD student in Mechanical Engineering at UCLA. He joins us to describe his research on micromagnetics with potential for cell sorting applications.
14:38
June 23, 2021 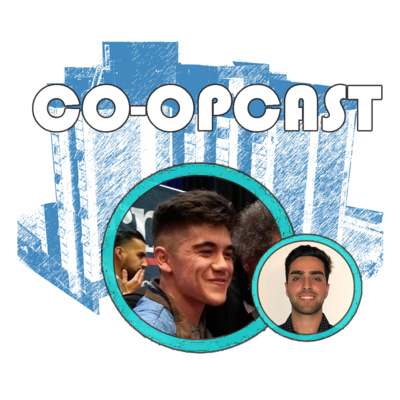 Co-opcast Ep.4 Season 3 - John Ellis Manning-Villar
John Ellis Manning-Villar is a new member in the UCHA. He moved into the COOP on March 2021. But during even this short period of time he understood that COOP is a very special place and he wants to share his view. Ellis is studying Physics at UC Santa Cruz and has great ideas for his future path.  Our new host of this episode - Neema Afrasiabi.
14:18
May 10, 2021 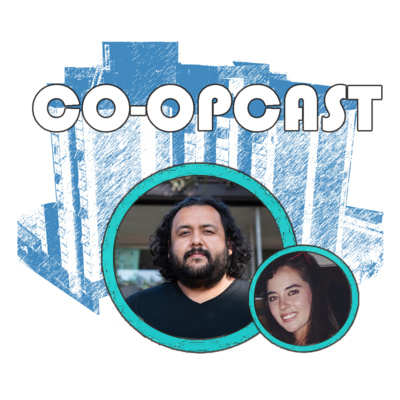 Co-opcast Ep.3 Season 3 - Sal Vazquez
This week we had the pleasure of interviewing Sal Vazquez, a 5th year doctoral candidate in the graduate school of Education here at UCLA, as well as our own Assignment Manager! In this interview, he shares and describes his research and gives us insight into the real world effects of the multitude of questions that he studies concerning education. He also convinces our interviewer Grace to delve into the world Si-Fi/fantasy!
35:57
April 18, 2021 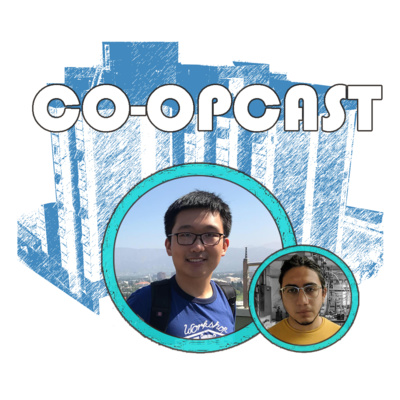 Co-opcast Ep.2 Season 3 - Lixuan Tai
Lixuan Tai is a PhD student in Electrical Engineering at UCLA. He has been at the coop since June 2020. His PhD research focuses on material growth, like topological insulators, anti ferromagnets, and more.
14:47
April 05, 2021 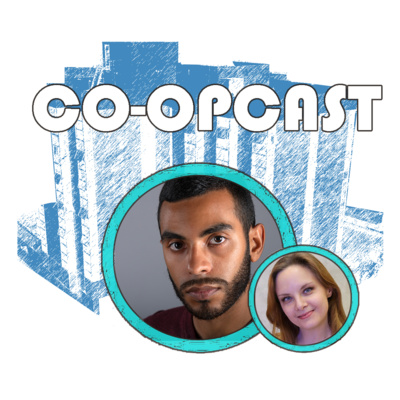 Co-opcast Ep.1 Season 3 - Alberto MOJO Pena
Alberto Pena, more known as Mojo tells his magic story! You literally SHOULD check it out! Nothing motivates more than healthy smoothies, good movies and this guy. He has his own tricks for dealing with life and he shares them in this interview!  Mojo pursuing a film career and education. He is currently enrolled in UCLA’s Professional Program for Screenwriting and TV Writing, with plans to hop onto the directing and acting program next.
22:59
March 28, 2021 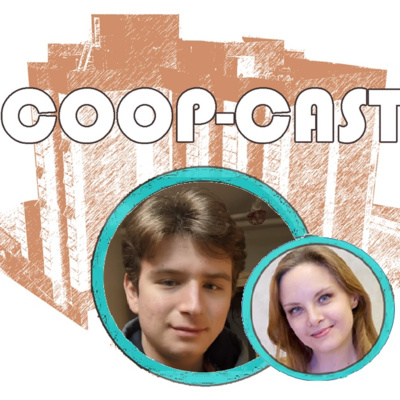 Co-opcast - Ep. 8 - Season 2 (FINAL) - Loren Blazek
On this Episode, the last of the 2nd Season Winter 2021, Ksenia interview Loren Blazek to talk about career in Filming. Don't miss out! After this we will take a break for finals and will be back next quarter.  "Loren Blazek is a 18 year old filmmaker originally from Santa Cruz, California, and now based in Westwood. He is currently majoring in Film Production at Santa Monica College, with hopes of transferring to AFI.  Loren has been making videos and short films since he was a kid. After attending the highly selective UCLA Digital Filmmaking Institute in Highschool, he has gone on to work on numerous projects as a writer, director, editor, or cinematographer. He went on to write and direct "The Mark", a ~20 minute dystopian/suspense Short Film. The Mark has seen selection at numerous film festival, garnering many awards including the title "Best Young Filmmaker" at multiple festivals.  He recently wrote and directed a music video for the song "Sun Days", the opening track to hip-hop duo The Vine Tree's newly released album, "T.C.V.1.D." The music video explores the underlying toxicity that rots away beneath the happy façade of a relationship.   His greatest filmmaking inspiration is Stanley Kubrick, and his favorite contemporary director is Alfonso Cuaron. His favorite films are 2001: A Space Odyssey and Children of Men. He aspires to a future career in filmmaking, and hopes to someday be a writer, director, or cinematographer for feature length film."
24:15
March 08, 2021 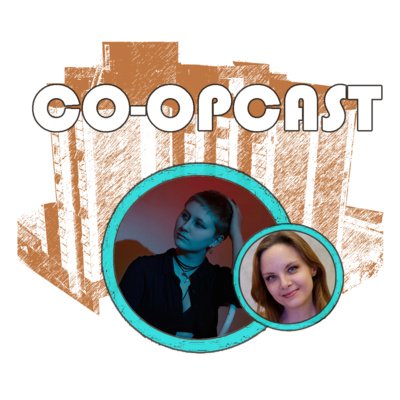 Co-opcast -Ep. 7, Season 2 - Bailey Kobelin
Bailey Kobelin is a freelance photographer & videographer who primarily works with musicians documenting live shows, creating album covers, as well as shooting and editing music videos. During the pandemic, she has been offering people photo and video shoots  virtually as a part of her Projector Portrait Project.
21:27
February 24, 2021 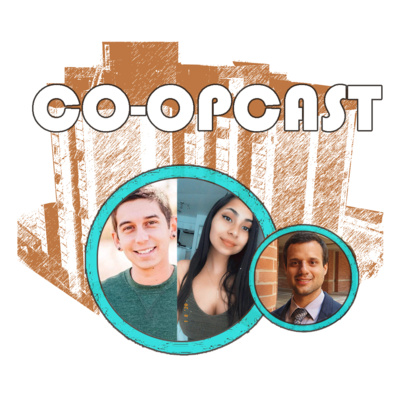 Co-opcast - Ep. 6 Season 2 - Anthony Waite & Kathy Mesa
Hey, y'all ! Co-opcast is back with special alumni guests: Anthony Waite and Kathy Mesa. Enjoy this story full of fun facts and curiosities about these two Coop personalities!  "Hey I’m Kathy. I moved into the co-op right after I graduated high school in 2014. I was an SMC student then transferred to CSULA. I’m now 24 and living in Hollywood. I love to travel and hang out with friends in my free time." (Kathy Mesa) "My names Anthony I joined co-op in 2016. I was the cleaning crew crew chief and the facilities crew chief. The most meaningful thing I did with my time at the coop would be trying to save the 3rd grace quarter and I started my event Big Gay Party in room 202." (Anthony Waite)
14:04
February 15, 2021 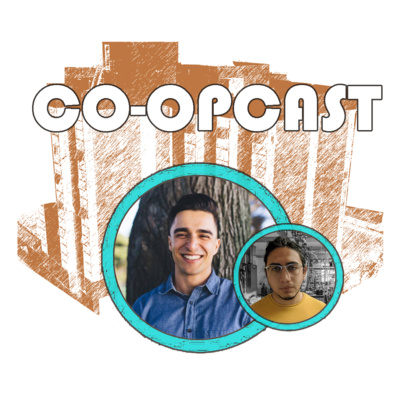 Co-opcast Season 2. - Ep.5 - Chris Ochoa
Chris Ochoa is a 2nd year PhD student in UCLA’s Molecular Biology Interdepartmental Doctoral Program (MBIDP). He is a member of Dr. Sanaz Memarzadeh's lab here at UCLA where their research focuses on gynecological cancers such as ovarian and endometrial cancer. Their overall goal is to make discoveries that will improve the lives of patients with these types of diseases.
21:56
February 08, 2021 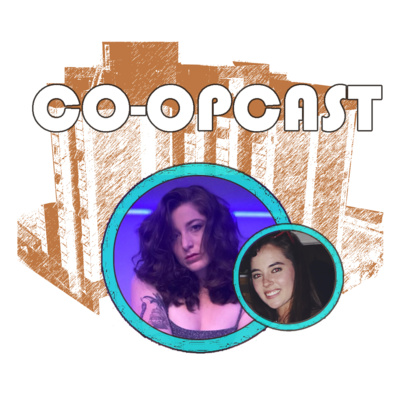 Co-opcast - Season 2 - Ep. 4 - Danielle Bongiovanni
On this Episode, Grace Canning interviews Danielle Bongiovanni. Danielle Bongiovanni studies Acting at the UCLA school of theater, film, and television, although she is mainly interested in pursing a music career as a singer, writer, and multi-instrumentalist. The co-op provided a creative community in which she fostered her talents by performing often and with other co-op members!
10:13
February 01, 2021 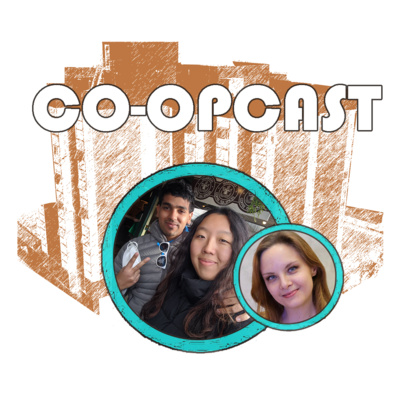 Co-opcast Season 2 Ep. 3 - Carrie and Rohan
We have two amazing guests on this Episode – Carrie Park and Rohan Dutta. Carrie is from South Korea, Rohan from India and they met each other here at the Co-op. Carrie studied Political science and paralegal studies at UCLA and UCLA Extension and Rohan doing his master’s in electrical and computer Engineering. They moved in and out of the Co-op several times due to different circumstances, but they always came back. Now they are about to leave the Coop again so we caught them before to listen to their coop/love story and to wish them to be back again!
17:10
January 25, 2021 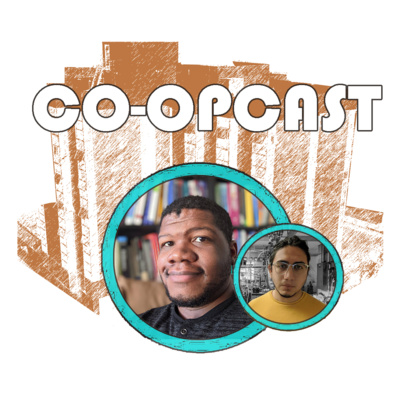 Co-opcast Ep.2 Season 2 - Joseph Murphy
Joseph Murphy is a second year PhD student of sociology at UCLA. He  joined the co-op in the Summer of 2020 and is currently working on his master's thesis studying the effect of institutional agents on college enrollment and completion. He joins us to tell us about his journey from undergrad to grad school and his research interests which include the sociology of education, stratification and race.
23:04
January 18, 2021 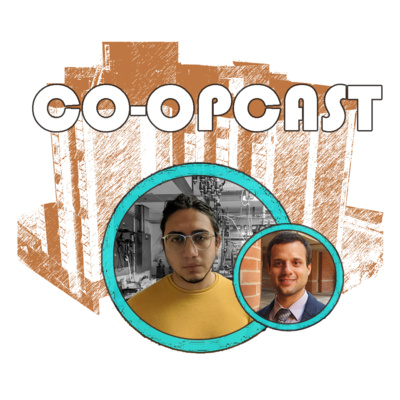 Co-opcast Ep.1 Season 2 - Adrian Acosta
As we start the Winter 2021 quarter, we arrive at our 2nd Season of the Co-opcast. We will have many novelties for these Season, starting with a new host: Adrian Acosta.  He is originally from Mexico, grew up in Arizona. He moved to LA for grad school at UCLA where he studies nanoscale magnetic and magnetoelectric materials for his PhD research. He has been at the co-op since Summer 2019, and he has been a part of the Kitchen and mailroom crew. Play now and listen to Rodrigo Lara interviewing Adrian and know more about his great ideas!
17:13
January 09, 2021 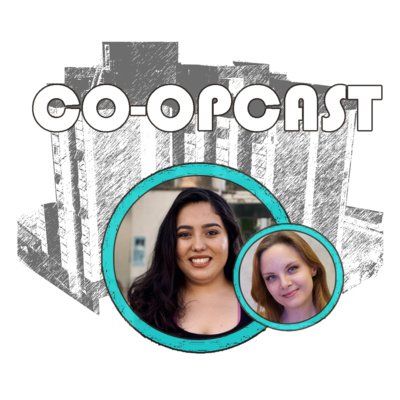 Co-opcast - Episode 6 - Season 1 - Melanie Marentes
On this Episode, Ksenia Riasnianskaia interviews Melanie Marentes for the last Episode of Season 1 - Fall 2020, and last of the year.  Melanie is from El Paso, Texas and moved to L.A. two years ago to start college. She is studying Political Science at UCLA and she was elected for Board of Directors last quarter. She is also part of the Store Crew, where she helped improve the service for members, and she was responsible for the Year Book 2020. Play now, and listen to this inspiring story!
14:09
January 03, 2021 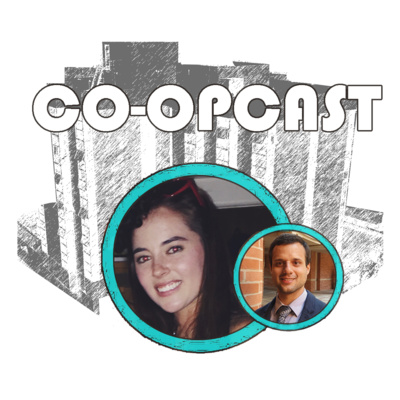 Co-opcast - Episode 5 - Season 1 - Grace Canning
This is the 5th Episode of the Co-opcast: on this Episode Rodrigo Lara interviews Grace Canning, student from UC Berkeley at the Comparative Literature major, she arrived at Co-op, at first, when she was only 17, to start her studies at Santa Monica College. She moved to Berkeley but returned to COOP after the pandemic started.  Play now to know more about this intriguing story!
12:06
December 26, 2020 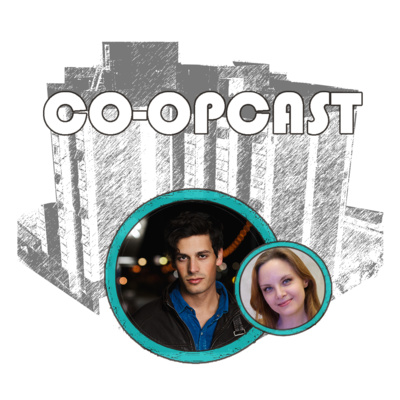 Co-opcast - Episode 4 - Season 1 - Jacobo Fe Gismera
On our 4th Episode of the season, our host Ksenia Riasnianskaia interviews Jacobo Fe Gismera.  Currently, a UCLA graduate student in Screenwriting, and the youngest published author in the historical genre in Spain (at the age of 19). He has been awarded the top Artistic & Writing Scholarships from his homeland, as the Faro Program, the Fullbright Singular Award or the MMF Prize (2017,18,19), after completing three study fields (Film, Business Administration and Law) in five countries (Spain, Italy, India, Thailand & the U.S.). Besides his facet as a screenwriter, he has developed varied professions, especially fashion modeling (accumulating experience and publications in 12+ countries).
13:27
December 22, 2020 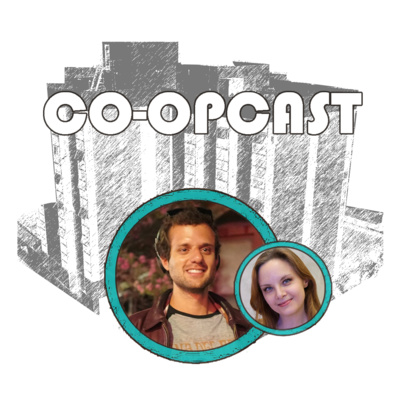 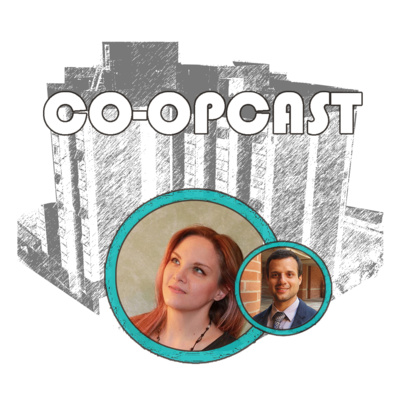 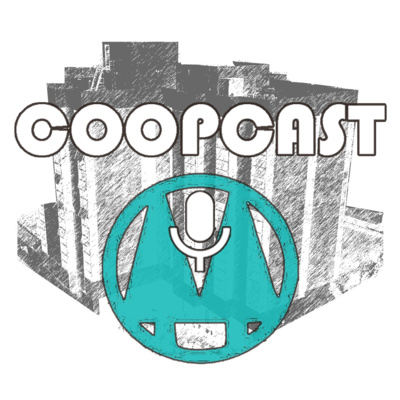 Co-opcast Season 1 - Fall 2020 - PILOT
This is the official Podcast for the University Cooperative Housing Association - Co-opCast! On this first Episode we will talk about COOP's History and Structure.  Play it now!
05:17
December 18, 2020