By David Gregory
Take the first step on the journey for truth, it may change your perception of reality and bring a better understanding of the real events that lead us to where we stand now, come along for the ride, you may never want to return! CIA, UFOs, JFK, Sumerians, Earth Chronicles, Anunnaki, Nibiru, affairs of gods and men, running out of time, it is what it is, was what it was, it's a new day, screw it, grab the moment with Dave Gregory and ponder tomorrow before you become another piece of the puzzle!
theexperiment.club@yahoo.com
Listen on
Website 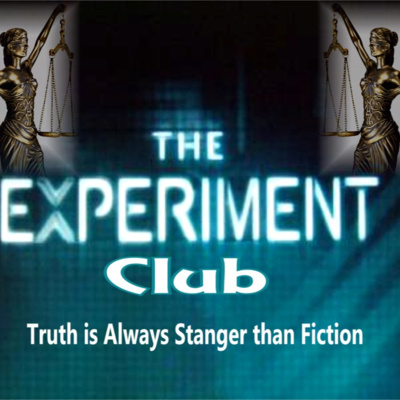 The Experiment Club Episode 7 The Search For The Black Knight
In the race for power space was the next frontier to hold dominion of the earth. The first step achieved by the Russians as the world held it's breath in anticipation. With Sputnik orbiting the earth in 1957 the listening stations on earth began to pick up another signal from space? Some say it was the Black Knight orbiting satellite on a North and South Pole orbit? The only logical conclusion, if true, it would of had to have been put there by someone other than the human civilization on earth!
55:55
April 18, 2021

Behold A Pale Horse
Donate to keep our Podcast on the air and if you would help get funds together for a new handicapped van, mine's 20 years old. “I’m telling you be prepared for a  major attack! But it won’t be  Osama bin Laden. It will be those behind  the New World Order… Whatever  is going to happen that they are going to  blame on Osama bin Laden,  DON’T YOU EVEN BELIEVE IT!” Osama bin Laden was CIA agent Tim Osman and died in 2001 . Less than  11 weeks later, his predictions would turn out to be fatally true. With a critical eye, Cooper examined the tense situation and  connected the bits of information from his sources. This allowed him to  deconstruct the lies fed to the general public and construct his theory. Naturally, he was a thorn in the authorities’ spine. In July of 1998,  Cooper was charged with tax evasion. A warrant for his arrest was  issued but never executed. As a consequence, he was considered one of  America’s major fugitives and became a prime target of the U.S. Marshals  Service in the year 2000. Cooper candidly spoke about his situation and became convinced he was  being actively targeted by President Clinton’s administration and the  IRS. After the tragic events of September 11 unfolded, Cooper’s radio  show attempted to expose the the massive conspiracy that led to the  attacks. He pointed his finger at the Federal Government, accusing the  authorities of planning the terrorist move and duping America’s citizens  and the rest of the world into believing a fabricated story. This  allowed them to sway public opinion in their favor and execute their  plan. In his final broadcast, on November 5, 2011, Bill Cooper talked about  planning to write a book detailing his tour of duty in Vietnam. He said  he was dedicating it to everyone who had served during the war. Later that evening, while he was in his home in Eagar, Arizona, the  Apache County Sheriff’s Department paid him a visit. He had been accused  of brandishing a gun around and the police officers had a warrant for  his arrest. However, the officers pulled up in unmarked vehicles, without wearing uniforms, and used trickery to draw him out. Sources claim the officers positioned themselves in a cul-de-sac  often frequented by teenagers who would party and leave trash behind.  The officers began making a lot of noise and Cooper came out to confront  them, believing they were nothing more than drunken juveniles. The officers would not identify themselves so Cooper threatened to  call the police. As he was heading back inside, shots were fired. The outcome saw a police officer being killed, but so was Cooper.  Nobody knows who fired the first shot and it is unclear whether Bill  Cooper carried a gun at the time of his death. The mystery surrounding Cooper’s death has led many into believing it  was not accidental, but rather a carefully planned and executed plot to  remove an “undesirable element.”  Epic Cinematic Dramatic Adventure Trailer (Creative Commons)https://www.youtube.com/watch?v=c-XpTMGPQvI
57:28
April 11, 2021

The Killing of Jack Kennedy
It will be 58 years since they murder Jack Kennedy, his wife Jackie was with him on the fateful day, a day that didn't have to be, but was. Jack and Jackie had been married 10 years earlier. He had been the young 36 year old Senator from Massachusetts and her a 24 year old beauty from Southampton, N.Y. They had two young children John Jr. and Caroline. Another son had been born to the Kennedy's, Patrick Bouvier Kennedy, born August 7, 1963 died August 9, 1963. The baby boy had been premature and died of hyaline membrane disease after desperate attempt to save him failed, he lived just over 39 hours. Listen to Jackie's first statement she gave after the killing of her husband, Jack. Hear how she accompanied him into the emergency room as the anesthesiologist known as Pepper describes Jack's death in the emergency room and Jackie's last goodbye.
43:39
March 26, 2021

Marine Major General Smedley Butler and the attempted Coup of FDR of 1934 or how a wrong turn resulted in the Assassination of Archduke Franz Ferdinand and his wife Sophie leading to WW 2
The Presidential Election of 1932 brought a new President to the White House, Franklin Delano Roosevelt, who had the immediate and pressing problem of trying to pull the Nation out of the Great Depression of 1929. Within the first hundred days the President changed the tax codes and removed the gold backing of the dollar, all of which, made the big names of Corporate America contemplate and proceed to go about the plot to remove him from office by creating a 500,000 man army made up from the Bonus Veterans of World War I who were disenfranchised by the Congress of the United States. These men were to march upon Washington lead by the most decorated Marine Major General in history, Major General Smedley Butler! But General Butler had other thoughts on his mind.
41:57
March 12, 2021 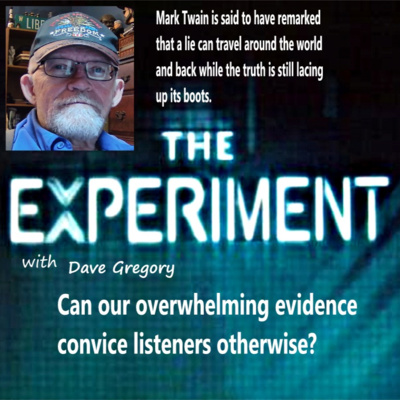 EPISODE 3 Part 2 Planet X and Nibiru
The ultimate con job revealed! How Enki's garden down under was transformed into what? Listen to find out and more revelations of Nibiru and Planet X. What is in our future? Join the conversation, contemplate the rush by all of humanity to explore outer space and find the answers, sooner, rather than later! What do you think?
17:11
March 4, 2021

Planet X and Nibiru
Caltech researchers have found mathematical evidence suggesting there may be a "Planet X" deep in the solar system. This hypothetical Neptune-sized planet orbits our Sun in a highly elongated orbit far beyond Pluto. The object, which the researchers have nicknamed "Planet Nine," could have a mass about 10 times that of Earth and orbit about 20 times farther from the Sun on average than Neptune. It may take between 10,000 and 20,000 Earth years to make one full orbit around the Sun. The announcement does not mean there is a new planet in our solar system. The existence of this distant world is only theoretical at this point and no direct observation of the object nicknamed "Planet 9" have been made. The mathematical prediction of a planet could explain the unique orbits of some smaller objects in the Kuiper Belt, a distant region of icy debris that extends far beyond the orbit of Neptune. Astronomers are now searching for the predicted planet. In Depth In January 2015, Caltech astronomers Konstantin Batygin and Mike Brown announced new research that provides evidence of a giant planet tracing an unusual, elongated orbit in the outer solar system. The prediction is based on detailed mathematical modeling and computer simulations, not direct observation. This large object could explain the unique orbits of at least five smaller objects discovered in the distant Kuiper Belt. "The possibility of a new planet is certainly an exciting one for me as a planetary scientist and for all of us," said Jim Green, director of NASA's Planetary Science Division. "This is not, however, the detection or discovery of a new planet. It's too early to say with certainty there's a so-called Planet X. What we're seeing is an early prediction based on modeling from limited observations. It's the start of a process that could lead to an exciting result."
44:29
February 26, 2021

Percy and Percy Episode 1
TRUTH IS ALWAYS STRANGER THAN FICTION and History is written by the Winners. Don't forget all those who lost the fight yet were PROVEN right. This is an endless journey and we’re running out of time, join us in "THE EXPERIMENT" to a new awakening,  get ready for your tomorrow today!  And now, welcome to "THE EXPERIMENT" where you will be taken to where it all began, come along for the adventure and the thrill, it's not for the faint of heart, your reality just may be shattered, live and learn as we head down the path of freedom that is the Truth! The truth may not set you free but at least you’ll know who your captors are! This episode we take a look at Mars and what lay ahead. The Perseverance landed on Mars a few day ago, let's see what we have in store us.
15:42
February 22, 2021