Booknerds Podcast brings the best literary content to bibliophiles with book discussions,storytelling,poetry, author interviews and so much more!!!
Booknerds is a free book discussion community
We read and discuss fiction and non-fiction books, make book recommendation videos and host live chats and interviews with leading authors.
www.facebook.com/dbooknerds
www.instagram.com/dbooknerds/?hl=en
For advertising opportunities and collaborations email us at info@booknerds.in
Listen on Spotify

My Experiments with Silence | The Diary of an Introvert featuring Samir Soni
My Experiments with Silence | The Diary of an Introvert featuring Samir Soni  About the book  Most of us are slaves to what has been described as the monkey mind. Driven by the illusion of unrealistic dreams and expectations, and the need for external validation, we are constantly caught in a tug-of-war between our inner life and the external universe. Samir Soni too has spent a lifetime oscillating between these two worlds, agonizing over the golden mean to strive for. He found it by experimenting with silence, turning to his diary as a companion in this journey, and finding the comfort in his inner self that the world outside could never provide. In My Experiments with Silence, the actor lays bare selections from his diary to help the reader cope with questions that have agitated the human mind for aeons. Who am I? Why am I the way I am? Can I truly change myself? In the process he underlines that until you discover the ‘real’ you, you are actually living someone else’s life, fulfilling someone else’s dreams, which were sold to you by the society at large. His engagement with the process of self-realization, the pitfalls and agonies that we open ourselves up to, the constant struggle between hope and despair provide a roadmap to everyone who has decided to undertake this arduous journey to one’s inner self.   "I believe this book can help readers who want to get in touch with themselves but have been afraid to do so. This may just be the nudge they required." Dr Varkha Chulani, clinical psychologist and psychotherapist   "It takes courage to share snippets of one's personal diary, but this is evidence that writing is therapeutic, not only for the writer, but for the reader as well." Sonali Bendre Behl, actor   " A sensitive and insightful take on life and finding your own path. Engaging and eloquent. A must-read for all generations." - Manjari Prabhu, author   " Samir writes from a place of genuine feeling. He bares his heart bravely, he mines its deepest (and sometimes darkest) corners to share an honest, thoughtful account of his roller-coaster life experiences." - Rajeev Masand, film critic   Grab your copy now https://amzn.to/3nOXPS3  About the Author  Samir Soni is an award-winning film, television and theatre actor. He was born and raised in Delhi. After finishing his schooling from St. Xavier’s High School in Delhi, Samir moved to Los Angeles for higher studies. He graduated (cum laude) from the University of California, Los Angeles, in business economics. Samir went on to work as a financial analyst in mergers and acquisitions for Merrill Lynch. After two years on Wall Street, he decided to chuck everything and moved back to India to pursue his true passion, acting. Over the last twenty-five years, he has won several awards and recognition for his work as actor in various mediums including web series. In 2018, he turned writer/director with his critically acclaimed debut film My Birthday Song, a psychological thriller, available on Netflix. Samir has been very vocal about the importance of mental health and challenging the meaning of the word ‘success’ in society. He lives in Mumbai.
39:57
September 18, 2022

Stories I Must Tell featuring Kabir Bedi
Booknerds Podcast | Stories I Must Tell featuring Kabir Bedi  Key Highlights - The Beatles in Delhi - Writing Style - Acting Experiences - The Story of Kabir Bedi's parents - Emilio Salgari and Sandokan - Sergio Sollima and the books of Emilio Salgari - How to stay sane as a celebrity? Grab your copy now  https://amzn.to/3ynGsuk About the author Kabir Bedi’s career has spanned three continents in three mediums --- film, tv and theatre --- in Bollywood, Europe and Hollywood for over three decades. He is most known for his roles in American television series The Bold and the Beautiful, the James Bond film Octopussy, his European series Sandokan, and his Bollywood blockbuster Khoon Bhari Maang. For Kabir, as Shakespeare said, “all the world’s a stage”. His Sandokan Italian series broke all broadcasting records in Europe. For his lifetime achievements, he was bestowed Italy’s highest civilian honour “Cavaliere”, a Knighthood. In theatre, he has starred at the Luminato Theatre Festival in Canada, in London’s West End, and in India as Alyque Padamsee’s “Othello” and “Tughlaq”. He is a longstanding voting member of the Academy of Motion Picture Arts and Sciences, which awards the “Oscars”. He is known for his social causes in India, most specially for Sightsavers India, which has restored the sight of over 5 million blind and visually challenged for free, Kabir has just released his bestselling autobiography “Stories I Must Tell: The Emotional Life of an Actor” to great critical acclaim. Kabir Bedi lives with his wife, Parveen Dusanj, a producer, on Juhu Beach in Mumbai. About the book As Kabir bares his soul, the stories come tumbling out. That first magical encounter with the Beatles as a student in Delhi. The sudden move to Bombay, away from home, friends and college. His exciting years in advertising, his extraordinarily successful career abroad and his many painful setbacks. His relationships with the irrepressible Protima Bedi and the dazzling Parveen Babi that changed the course of his life. Of the scars they left, and the trauma of three divorces, and how he finally found fulfilment. And why his beliefs have changed. These are tumultuous stories set in Hollywood, Bollywood and Europe. The joys of blazing new trails abroad, and the dangers of them. He also tells the fascinating love story of his Indian father, a philosopher in Europe, and his British-born mother, the world’s highest-ranked Buddhist nun. And most poignant of all, the battle to save his schizophrenic son. Stories I Must Tell is the unusually candid and compelling memoir of a man who holds nothing back, in love or in storytelling. It is the story of a middle-class boy from Delhi whose career now spans the globe. Equally, it is the tale of how he survived the roller-coaster journey of the making, unmaking and remaking of him as a person.
37:26
July 06, 2022

2021 Reading Resolutions
Booknerds team assembles to discuss our reading resolutions (which are meant to be broken dahhh! ) and some books which we are really looking forward to from Bill Gates' forthcoming book,Sarah J Mass to Vineet Bajpai's 1857: The Sword of Mastaan! Please feel free to tell us your reading resolutions for 2021 and the books that you are looking forward to!
36:50
January 21, 2021

Favourite reads of 2020
Booknerds team assembles to wrap up the year and speak about our favourite reads of the not so lovely 2020! Rohan The Silent Patient by Alex Michaelides Becoming by Michelle Obama The 117-Storey Treehouse (The Treehouse Series) by Andy Griffiths  (Author), Terry Denton (Illustrator) 1984: India’s Guilty Secret by Pav Singh Boom Country: The New Wave of Indian Enterprise by Alan Rosling Sweta : 1.The Tatas: How a Family Built a Business and a Nation by Girish Kuber 2.Raseedi Ticket  Autobiography of Amrita Pritam 3. Meri Priya Kahaniyaan (Collection of stories by Nirmal Verma) 4. Ek Chithda Sukh by Nirmal Verma 5. Jaun Elia: Ek Ajab Ghazab Shayar । जौन एलिया : एक अजब-ग़ज़ब शायर by Muntazir Firozabadi Vidushi: 1. Animal Farm by George Orwell 2. Origin: (Robert Langdon Book 5) by Dan Brown 3. A Court of Thorns and Roses: The #1 bestselling series by Sarah J. Mass 4. Metamorphosis by Franz Kafka 5 . Imagine Me (Shatter Me 6) by Tehereh Mafi Shubhi Unaccustomed Earth by Jhumpa Lahiri A Man From Mandu by Manoj V. Jain The 40 Rules of love by Elif Shafak Norse Mythology by Neil Gaiman The Sun and Her Flowers by Rupi Kaur Please feel free to tell us your favourite reads of 2020!
01:13:41
December 19, 2020

Types of Readers
In this  episode of Booknerds Podcast Booknerds team delves into the  "Types of Readers" Booknerds team speaks about Segment 1 Quick Readers  Classics Readers  Sucker for Spoilers Readers  For the sake of it readers/ Pseudo readers  Author Loyalist readers  Mark it Readers/ Prep it up  Segment 2 Multitaskers  Language oriented  Recommendation driven Readers  Genre fixated/  Belong to a tribe/ Potter  Moody Readers  Distracted / slow Readers  Segment 3 We decipher what kind of readers we are  Please feel free to tell us what kind of reader you are and don't be afraid to tag and call out your friends for their reading idiosyncracies!!!
55:03
December 06, 2020 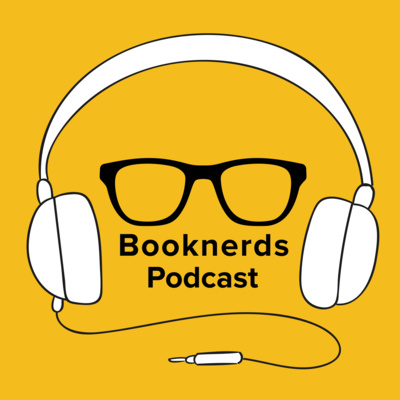