By Deconstructor of Fun
Deconstructor of Fun podcast explores the business side of games. The content is aimed to help developers, publishers, and platforms to understand what makes the game not only fun but also commercially successful.

The podcast has two forms​ of episodes:
1. This Week in Games (TWIG), which analyses the latest news
2. The Series, which focuses on one specific topic through multiple episodes. 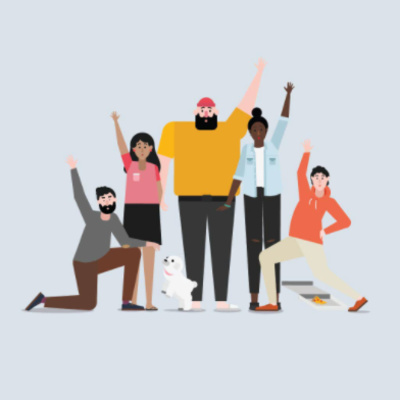 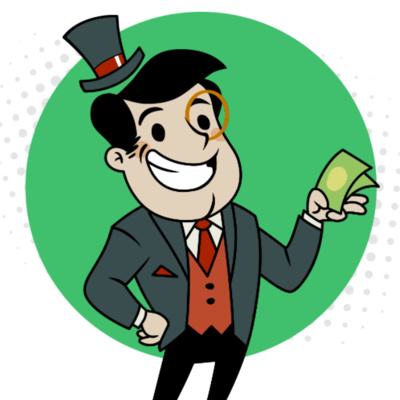 How to Make a Hyper Successful Idle Game
This episode discusses idle games from all angles. Together with Rimmy Spanjer, who is the Managing Director of Games at Hyper Hippo, we cover concept validation, the development process, best monetization practices, and live services strategies in idle games. We also discuss why you should or shouldn't make an idle game and predict the future of the genre.
48:24
June 21, 2021 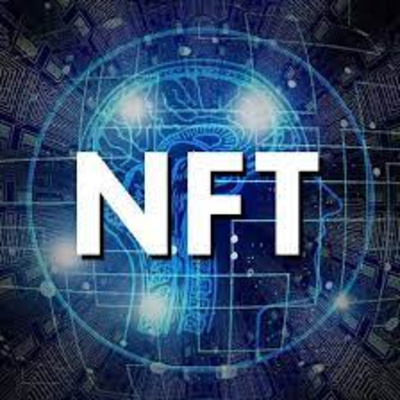 TWIG #137: Deep Dive into NFT and Netflix Games + Special Guest Star!
Welcome to This Week in Games!  We discuss NFTs in games with Ethan Levy, who also talks about his recent Deconstructor of Fun article - How Netflix could become the 'Netflix of Gaming'. LINKS: Level Up 2021 Hosts: Mishka Katkoff, Eric Kress, Adam Telfer and Eric Seufert
01:12:31
June 17, 2021 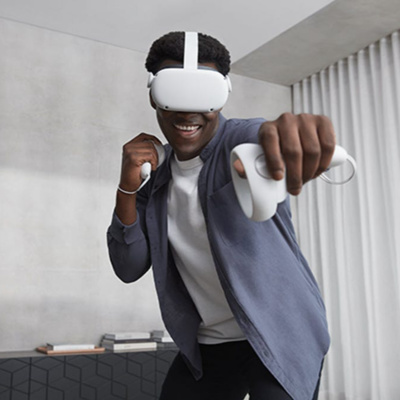 Making the Business Case for VR Games with Chris Pruett (Oculus)
In this episode, I'm joined by Chris Pruett, Director of Publishing at Oculus. We discuss the latest VR hardware and the overall adaptation rate of the platform. The Oculus ecosystem and the type of content that has reached financial success on it. As well as the future of virtual and augmented reality.
45:43
June 15, 2021 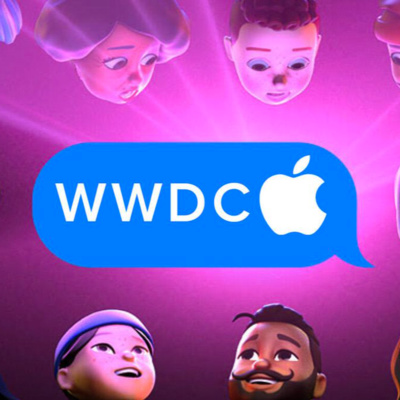 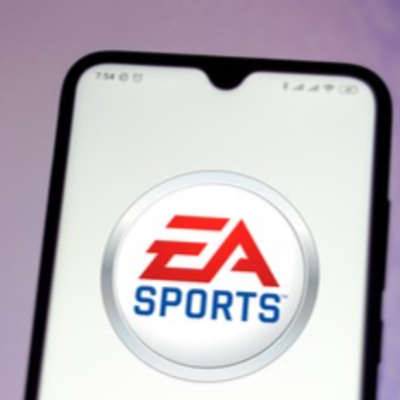 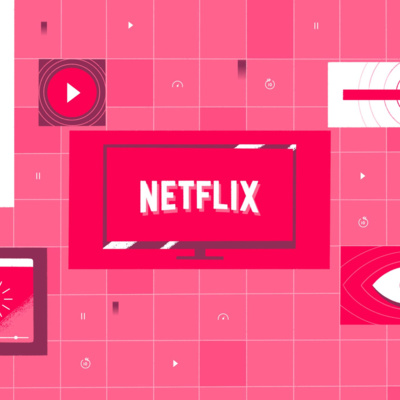 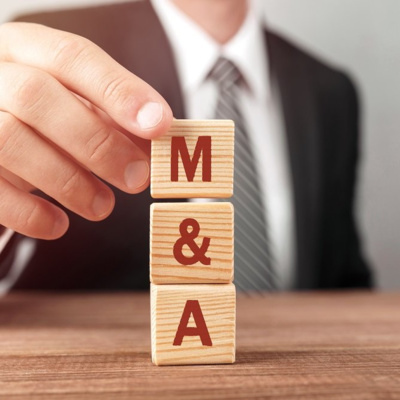 Life Post Acquisition with Lou Fasulo, CEO of Starform (previosly Z2)
Zynga, Playtika, Tencent, Stillfront, Embracer, and many more are achieving fantastic growth through M&A. In many ways, acquiring gaming studios has become the norm for growth for successful gaming companies. Yet we tend to forget how volatile M&A tends to be. According to research and a recent Harvard Business Review report, the failure rate for mergers and acquisitions (M&A) sits between 70 percent and 90 percent when looking at all industries combined. In this episode, I'm joined by Lou Fasulo, former CEO of Z2, which was acquired by King in 2015 and shut down in 2019. In many ways, the acquisition of Z2 represents the more common way acquisitions tend to play out. After a bloomy dating period comes the honeymoon, which is followed by the challenges of functioning effectively as a part of a larger corp. As the challenges mount, the result is often the dismantling of the acquired entity. ---- LINKS: Secrets of Game Growth  Level Up 2021
01:11:17
May 24, 2021 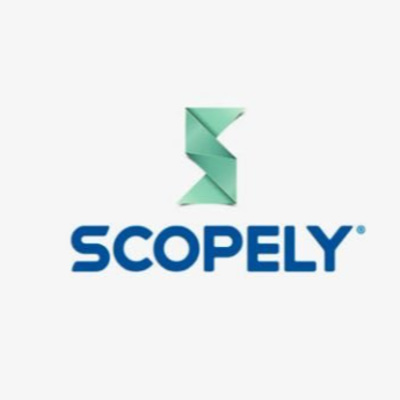 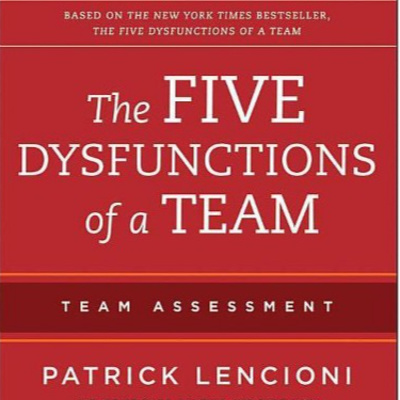 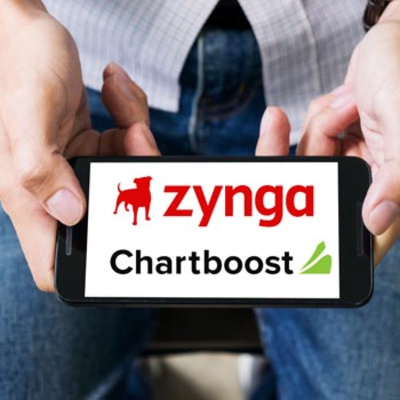 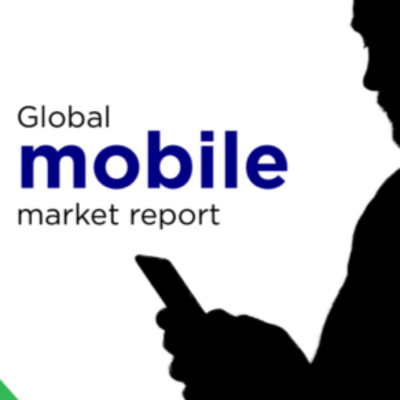 Newzoo’s 2021 Trends to Watch in Games
Newzoo is the world's most trusted source for games and esports analytics and market research. They have a fantastic team of experts providing insights and expertise that helps developers, publishers, and platforms around the World. In this episode, we discuss Newzoo's services and dive deep into their latest cloud gaming and mobile gaming reports.  Kudos to Candice Mudrick and Tom Wijman for joining the podcast. 👉Newzoo's latest trend reports
01:02:07
May 7, 2021 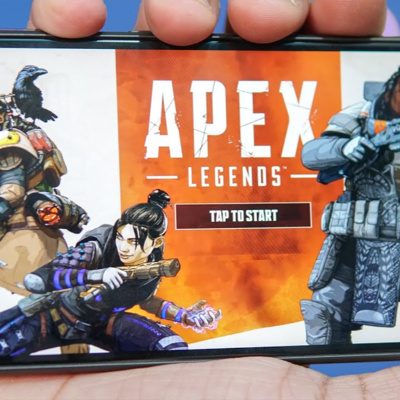 TWIG #121: APEX Mobile, Fortnite Made $9B, Call of Duty Gets a New General Manager
Welcome everybody to This Week In Games! News for today: #1. Respawn reveals details on Apex Legends Mobile #2. Fortnite made more than $9 billion in revenue in its first two years #3. Johanna Faries named new Call of Duty general manager LINKS: Level Up Academy Modern Mobile Marketing at Scale
52:16
May 6, 2021 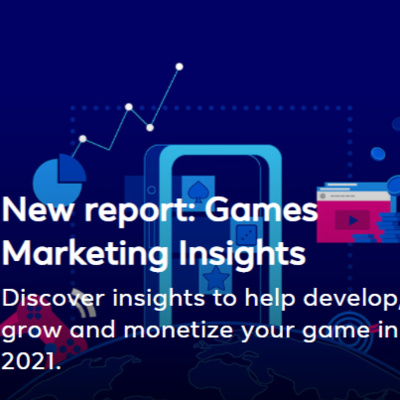 Facebook's Games Marketing Insights for 2021
2020 was a monumental year for mobile gaming. Facebook's Games Marketing Insights for 2021 report provides several new and unique insights that will help you plan for the year ahead. The report dives into changing player behavior, demographics, motivations, preferences, and spending habits. To save you time, we recorded a podcast episode with Stephen Gray, Ph.D., Consumer Research Manager at Facebook, and went through the report in detail. Some of the fascinating takeaways from the podcast: Core gamers adopted mobile. The major new audience getting into mobile games are core gamers who flocked especially into shooter games. Familiarity is becoming vital. Three out of four games downloaded in the Western markets were familiar to the player in advance. In South Korea, a more mature mobile gaming market, 9 out of 10 games downloaded were familiar to the players in advance. The top is evolving. 42 new games entered the top 100 grossing charts. This is nearly double that in 2019. This changes the perception that the top is never changing but it also speaks of the diminished staying power of top-grossing games. Download the report.
25:35
May 2, 2021 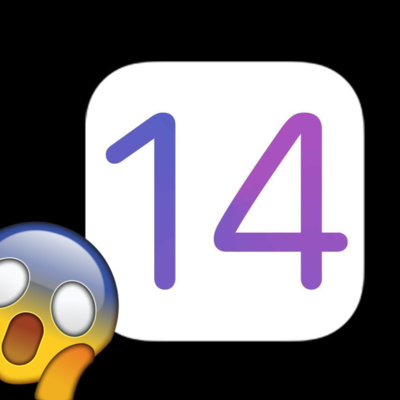 Growth Triggers #9 iOS 14, the Creative Paralysis and the Android Safe Havens
In this episode, we discuss iOS 14, whether Android can provide safe havens, and the future of creatives post-ATT. Check out the latest growth strategy course: ios14strategy.com code: DT50 Your hosts: Michail Katkoff (twitter) and Eric Seufert (twitter)
49:54
April 29, 2021 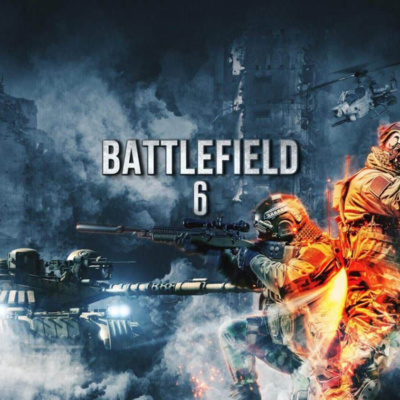 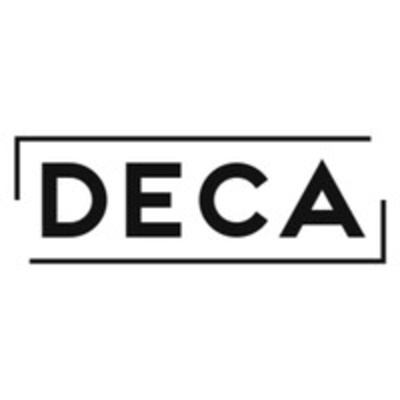 Games That Last a Decade with Ken Go, CEO & Founder of DECA Games
Which one is more important - to ship a good game or to grow a good game? DECA Games founded by Ken Go is a truly unique gaming company. They became highly successful by reversing the steps to success. Instead of developing new games, the company started off by first growing live games. Only after proving successful in operating decade-old titles have they taken a step towards developing and one-day shipping games of their own. I encourage all to listen to this episode whether you're interest in live services, company building, or both.
56:38
April 19, 2021 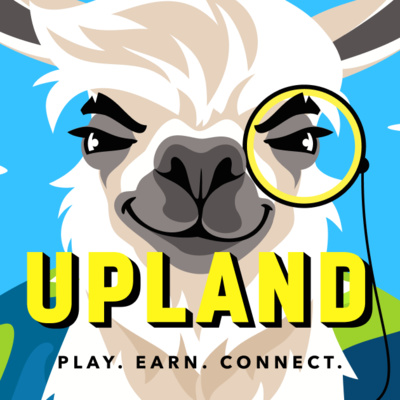 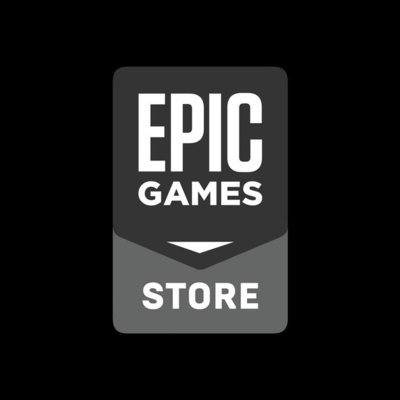 TWIG 128: Epic Will Lose $300M on Epic Games Store, Epic Raises $1B for Metaverse, Could Apple/Google Kill F2P?
Welcome everybody to This Week In Games! News for today: #1. Epic will lose over $300M on Epic Games Store exclusives, is fine with that #2. EPIC Games raises $1B for long-term metaverse plans, with $200M from Sony #3. Could Apple and Google pull the plug on mobile game monetisation? #4. Wild Rift is League of Legends predictions SPONSOR: - XSOLLA: Xsolla Funding Club is a complimentary matching service that puts video games like yours in front of multiple publishers and investors. Join Xsolla Funding Club today at Xsolla.com/funding. Your hosts: - Miska Katkoff (@m_katkoff) - Joe Kim (@jokim1) - Eric Kress (@ekress) - Adam Telfer (@adamwtelfer) As always, pls feel free to send us feedback!
01:08:24
April 15, 2021 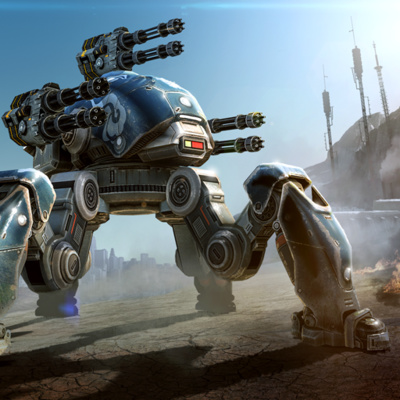 How War Robots Grossed $500M with Vladimir Krasilnikov, CPO at Pixonic
War Robots is the largest tactical shooter on mobile having grossed $500M since launch.  Despite the massive success, the beginning of the game's journey was very rough. The game launched as a barebone version boasting KPIs that were unimpressive at best. Yet with hard work, smart decisions, determination, and having their back against the wall the team at Pixonic was able to not only turn the game around but turn it into a massive success. Guest: Vladimir Krasilnikov Host: Mishka Katkoff
01:07:07
April 12, 2021 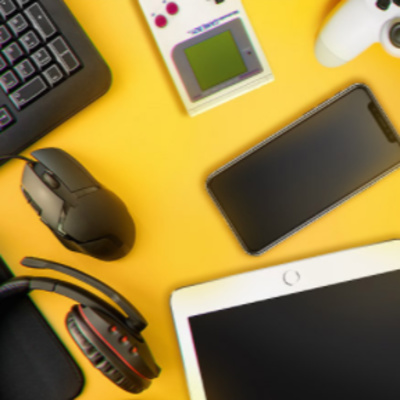 The Dos and Don'ts of Cross-Platform Development with Maxwell Zierath
Cross-platform makes all the sense on the paper. More platforms increase your games' reach and will limit your dependency on a single platform. Yet despite all the tools, cross-platform development remains extremely difficult and thus incredibly risky. In this episode, we discuss the following questions: How do you approach cross-platform development? Do you focus on one platform? If so, which one? Do you start with the hardest or the easiest? Do you do it all internally or so use partners to make ports? Do you have a dedicated team to work on tools for cross-platform development? What happens when your game goes live. How do you make updates? Shoutout to Maxwell Zierath for joining the podcast.
55:53
April 8, 2021 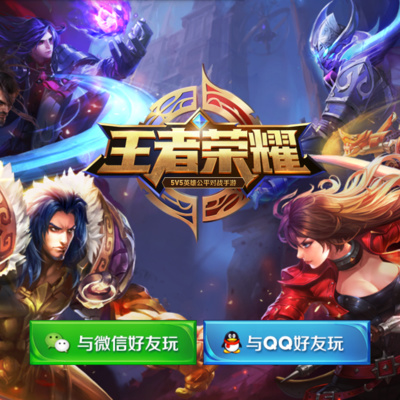 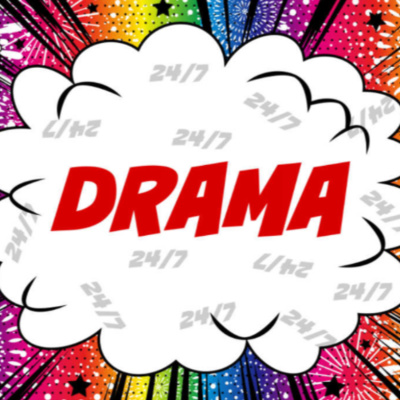 Growth Triggers #8 Latest ATT Drama, Digital Turbine's Shopping Spree, Working with Celebrities and the Most Expensive Ad
Growth Triggers is a segment focusing on all matters of growth.  In this episode, we discuss Digital Turbine's shopping spree, the latest in ATT, Warpath's launch trailer, and working with celebrities. Your hosts: Michail Katkoff (twitter) and Eric Seufert (twitter) + Christian Calderon
01:03:27
April 2, 2021 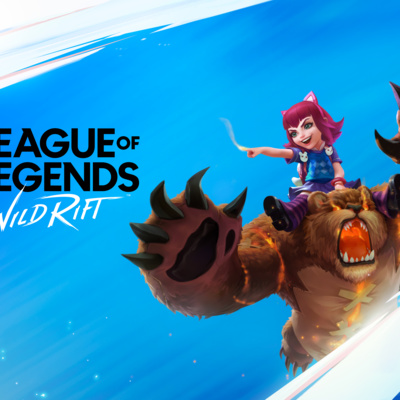 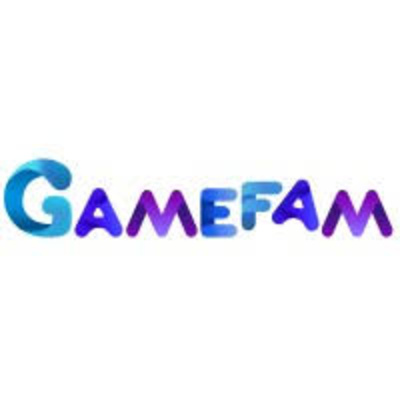 Game Publishing on Roblox | Gamefam CEO Joe Ferencz
The creator community on Roblox to date has consisted of many younger former players that have advanced from playing to building games on the platform.  Many have wondered when and if the platform would start bringing in more professional developers and publishers.  ' Here with us today to talk about Roblox’s development platform and opportunity space for devs is Joe Ferencz, CEO of GameFam. Gamefam is a recent venture backed startup specifically targeting Roblox and aiming to become the first big gaming company focused on the platform   The company was founded in 2019, currently lists 37 full time employees and 8 live games on Roblox including Ultimate Driving and Hot Wheels Open World. Host: Joe Kim, CEO LILA Games: https://www.linkedin.com/in/jokim/ Guest: Joe Ferencz, CEO Gamefam: https://www.linkedin.com/in/joe-ferencz-ba76b78/ LINKS: https://gamefam.com/ Interview on GameMakers Youtube: https://youtu.be/ym4Xluf6P4Y
54:49
March 29, 2021 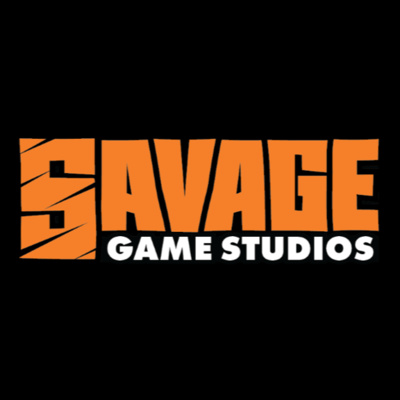 Scaling So Far with Savage Game Studios
CEO & Co-Founder of Savage Game Studios, Michail Katkoff, joins Matthew Ellis for a chat in the latest episode of Scaling So Far 🎙 Having led and built teams at the like of Supercell, Rovio & Zynga in the past, Michail shares advice on hiring awesome studio talent, the impact of having leaders who listen, & keeping your culture alive & evolving 👾 ... oh & he answers the question on everyone's lips - what being a "Savage" means to them 🤔 Listen in & follow Deconstructor of Fun for more #freetoplay insights from Michail 👌 Scaling So Far podcast: 🎧 https://lnkd.in/dYZsyXq 🎧
57:39
March 29, 2021 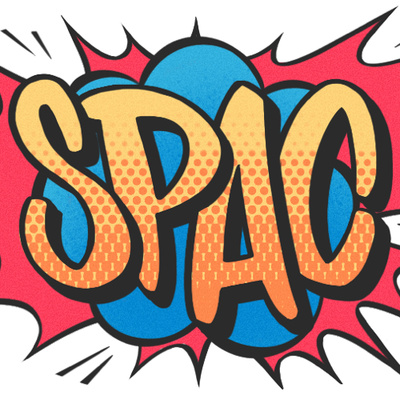 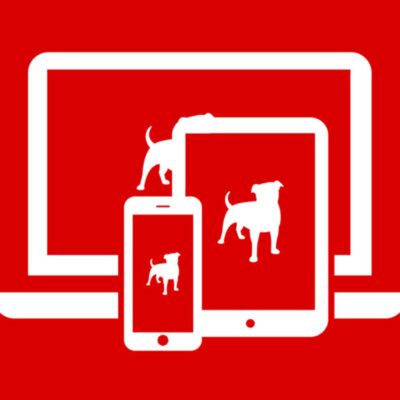 Danger of Integrated Studios + Ad Networks: Applovin and Zynga
Recently Applovin a major ad network and games studio - announced the acquisition of Adjust which is a company known as an MMP o