This Moment in Democracy

"This Moment in Democracy” is made possible in part by the generosity of Eagleton supporters. To support our work, donate to the Institute at give.rutgers.edu/eagleton

Learn more about Eagleton by signing-up for our email newsletter. peshine.rutgers.edu/sign-up
Listen on Spotify
Website 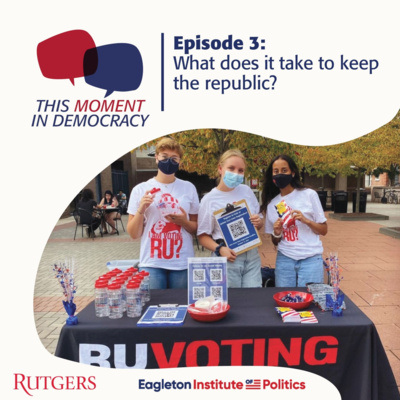 What does it take to keep the republic?
Democracy isn't guaranteed, so how do we prepare Generation Z with the tools necessary to safeguard democracy? Join Saladin Ambar in conversation with Dr. Elizabeth C. Matto, Director of Eagleton's Center for Youth Political Participation and CYPP Program Manager Jessica Ronan as they discuss civic engagement, Generation Z's influence on American politics, the RU Voting program, and 2022 Midterm Election information.
23:22
September 22, 2022 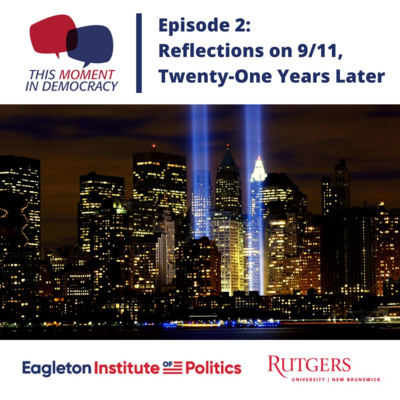 Reflections on 9/11, Twenty-One Years Later
Former New Jersey Attorney General John J. Farmer, Jr. recalls his experiences on the day of the September 11, 2001 attacks, and compares America's responses to other disasters and emergencies that have arisen since then. From 2003-2004, as senior counsel and team leader for the 9/11 Commission, Farmer led the investigation of the country’s preparedness for and response to the terrorist attacks and was a principal author of the Commission’s final report. Ava Majlesi hosted the conversation with Farmer as part of an event held by the School of Arts and Sciences at Rutgers University-New Brunswick. The original recording took place on September 9, 2021 and was introduced by former Dean Peter March. We thank the Rutgers School of Arts and Sciences for partnering with us on the content of this episode.
53:16
September 11, 2022 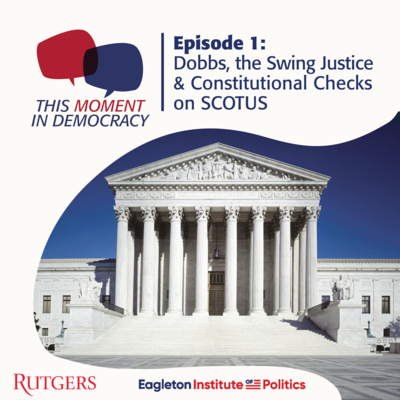 Dobbs, the Swing Justice & Constitutional Checks on SCOTUS
Join Saladin Ambar for a discussion with SCOTUSblog Editor James Romoser exploring recent SCOTUS decisions regarding abortion and climate change. Romoser also addresses questions such as: Who is the swing justice on the current bench? What in the world is the "Major Questions Doctrine?" Are there constitutional checks on Supreme Court Justices? Tune in to learn more.
27:58
September 08, 2022