The Narrativ - Hosted by Geoff Galat

By Geoff Galat
A podcast about storytelling, and the stories behind the storytellers.

Over the course of a long career in technology marketing I’ve developed a deep appreciation of storytelling. Going deeper into why something matters.

This podcast takes a slight twist, by exploring the roots of the storytellers themselves - conversations that explore the backgrounds and stories of interesting people, some of whom are dear friends.

There is no guarantee of which direction we might go, but topics might include sports, pop culture, business, marketing, family, travel, food and maybe even current events.
Listen on
Website

Episode 2 - Katy Howell
Katy Howell is the founder and CEO of immediate future where she pioneered social media marketing, 17 years ago, just as Facebook made its way onto university campuses. Often called in as the UK expert on social by TV, Radio and the press, she appears regularly on BBC news,The Telegraph, FT and Guardian. She’s considered the 4th most influential social media marketing expert, and was named one of the 25 women who have made an outstanding contribution to digital by the Drum. Katy was named to Provoke’s Innovator 25 EMEA list for 2020, and was named one of the Top 100 Asian tech entrepreneurs in the UK. She speaks at conferences, runs masterclasses, and guest lectures at two universities. And, she’s co-authored 4 books on social. Immediate future does award-winning work with brands including: lastminute.com, Princess Cruises, Selfridges, Mission Foods, Google, Diageo, JD Williams, Fujitsu, Sony Music, and many more. Katy’s work, and her background, is fascinating. Let’s talk about it.
01:00:08
June 1, 2021 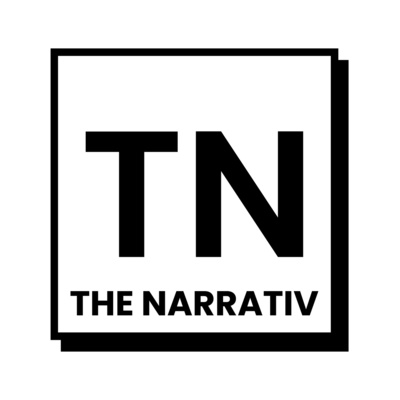 Episode 1 - Joe Megibow
The idea behind this podcast is to meet people who are great storytellers and to get to know them, because I think their own personal backstories are also really interesting. Hearing people describe what they do, and why they do it. In some cases, the unique ways they do it. I learn from them every time, if I just listen. I am so excited about my first guest, Joe Megibow. Joe’s the CEO of Purple, a digitally-native vertical brand with a mission to help people feel and live better through innovative comfort solutions. You’ve probably seen a TV commercial for a Purple mattress, or maybe you are as lucky as I am and sleep on one every night! Joe was a Member of the Board of Directors at Red Lion Hotels from 2017-through their recent acquisition. Joe spent a few years as Senior Vice President and Chief Digital Officer at American Eagle Outfitters, building out their ecommerce organization and online competence. Prior to that, he held several senior roles with Expedia, including Vice President and General Manager of Expedia.com. During his time at Expedia, he launched their mobile business and was chairman of Mobiata, their mobile development subsidiary. And of course, we spent a few years together at Tealeaf, before all of that. Joe was recognized in 2011 as Practitioner of the Year by the Digital Analytics Association and is now Director Emeritus after serving 4 years on the DAA Board. I have been aware of the DAA for a long time, and I’ve known a lot of members and leaders of the DAA, and my gut feel is that few, if any, other people who’ve won practitioner of the year later became the CEO of a wildly successful consumer products company. There is an amazing story arc there, and I think you’ll appreciate it.
01:04:18
May 19, 2021