If you consider yourself a Humanist or want to find out more about Humanism and our values, then this podcast will be your one stop shop. It will be an experience for all ages.
Listen on
Website 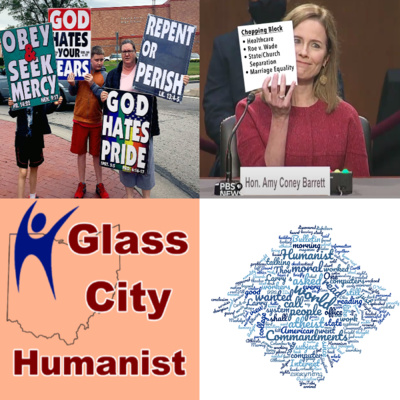 How To Use Religious Freedom for Bigotry
In this episode Douglas looks at Christian nationalists using Religious freedom as cover for their discrimination, why the nomination of Amy Coney Barrett for the US Supreme Court is a problem for all of us, and he introduces a new recurring segment where people share the story of their journey to Humanism. Show Notes Sign-up for the show newsletter 00:40 How To Use Religious Freedom for Bigotry 11:17 The Case Against Amy Coney Barrett 22:54 Journeys to Humanism
31:39
October 16, 2020 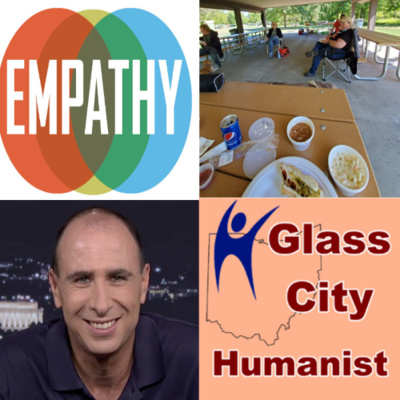 Where Did Our Empathy Go?
In this episode, Douglas tries to find out what has happened to our empathy during the pandemic. He offers some tips on how to have a picnic during a virus outbreak. And finally Douglas reviews an essay from July that claims anti-racism training is racist. Show Notes Here Sign-up for the Newsletter 00:37 Where did our empathy go? 08:51 Our Pandemic Picnic 12:20 Is Talking About Anti-Racism Racist?
21:07
September 22, 2020

Looking For A Few Good Affiliates with Sam McGuire from American Atheists
In this episode Douglas talks to Sam McGuire, the National Field Director for American Atheists. She explains what an affiliate is and how your secular group can become one. Douglas asks if atheist groups are that much different than Humanist groups and he and Sam dip their toes into some political questions of interest to secular people. Show Notes Subscribe to our newsletter 00:41 Affiliates & Conferences  12:40 The Reason Rally  14:47 Atheist Groups vs Humanist Groups  20:30 Politics/Blitz Watch
31:51
August 26, 2020

An Atheist Hero Is A Social Justice Warrior
In this episode, Douglas talks about the lack of heroes in the atheist movement and why that isn't a problem. Next he highlights an excellent TV program that explained why we teach US History all wrong, and finally Douglas revisits an essay he wrote about the 1st amendment violation having the Ohio state motto engraved on the grounds of the statehouse. Show Notes 02:45 An Atheist Hero Is A Social Justice Warrior 15:39 The Whitewashing of US History 23:25 The Case Against The Ohio Motto
33:45
August 8, 2020

Important Humanist Values with Derrick Strobl
In this episode Douglas speaks with Derrick Strobl, an old friend from his days in Columbus with the Humanist Community of Central Ohio. They talk about his journey to Humanism coming from a religious conservative family, and Douglas discovers, to his shock that a college near his hometown was much more conservative than he ever imagined. Derrick also reveals what Humanist values are important to him and what Humanist books he recommends. Show Notes
36:33
May 27, 2020

Same Church Different Pew: Humanism And Unitarian Universalism
In this episode Douglas talks to Rev. Dr. TK Barger of the First Unitarian Church of Toledo about the historic ties between the UUs and Humanism. We also discuss how Unitarians have religious rituals that are not based in the supernatural and we talk about some of the differences between religious and secular humanism. Rev. Dr. TK Barger has been the called minister for First UU of Toledo since 2017 and is a founding Board member of our sponsor the Secular Humanists of Western Lake Erie. TK got his start in Journalism and after 9/11 decided to be of more service by becoming a minister. He also worked as the Religion Editor at the Toledo Blade for several years before being called to serve full time at First UU of Toledo. Show Notes
40:12
May 9, 2020

Fighting 21st Century Homeopathy with Nick Little from the Center for Inquiry
In this longer than usual episode Douglas talks with Nick Little, Vice President and General Counsel of the Center for Inquiry, about his group's effort to force big retailers to be honest about homeopathy products they sell. We discuss the group's current work to allow secular celebrants to solemnize marriages in all the states. Finally we look at the current status of church and state litigation in the time of Trump. It isn't good. Show Notes
46:50
April 22, 2020

Recovering from Religion with Charles Hill
In this episode we talk to Charles Hill, a facilitator for the Columbus Ohio chapter of Recovering from Religion. We talk about how some religious believers, even professional clergy, make the transition to being a non-believer, how important telling your story is to the process, and the start of efforts to form a Toledo chapter of the group. People transition to non-belief in multiple ways. Many don't want to lie about their beliefs for the sake of living a "normal" life so they need help in their struggle to transition to being a non-believer. It's as much of struggle as quitting smoking or trying to lose hundreds of pounds all the while being a pariah in your family. This is where Recovering from Religion and The Clergy Project come in. Show Notes
39:07
April 3, 2020

HERE for Climate and Secular Week of Action with Emily Newman
In today's episode, we will talk to Emily Newman, Education Coordinator for the AHA's Center for Education. We will discuss the HERE for Climate project and how climate change will be the theme for this year's Secular Week of Action that takes place May 1st through the 10th and coincides with the National Day of Reason. Show Notes
27:15
March 18, 2020

EdChoice Vouchers Are Bad For Ohio Schools
School vouchers have been an end around the separation of church and state for decades. They allow a state to indirectly fund private schools and most of those private schools are operated by religious groups. Political conservatives also use vouchers to choke the funding of public schools with the goal for there to be no government-run common schools. Ohio has recently had a Confluence of these two viewpoints as the conservative dominated legislature was set to expand a school voucher program using a flawed performance model that private schools don't even have to abide by. The proposed expansion also drew a large coalition of districts into the fight because it would start hitting previously untouched and thought to be good Suburban schools. Show Notes and Links
25:56
March 3, 2020

Monette Richards from Secular Woman
In this episode we talk to secular activist Monette Richards. She is vice president of Secular Woman and former president of CFI NE Ohio. We talk about her journey to becoming an activist, the real scourge of leadership burn out, and if there is any hope for organized secular groups to effect real change as it seems our world is burning down around us. Our talk was a good time, really. Show Notes
28:30
February 19, 2020

Skepticism with Matt McMahon of Toledo Skeptics
In the debut episode of Glass City Humanist, host Douglas Berger gives a brief manifesto of what the podcast will be about. Next he talks to Matt McMahon, one of the organizers of Toledo Skeptics. We discuss the format of the group, what is and isn't skepticism, and we touch on some troubling issues in the general skeptic community hurtful ideas about the transgender community and some incidents of inappropriate conduct with women by high profile skeptics.
43:00
February 2, 2020 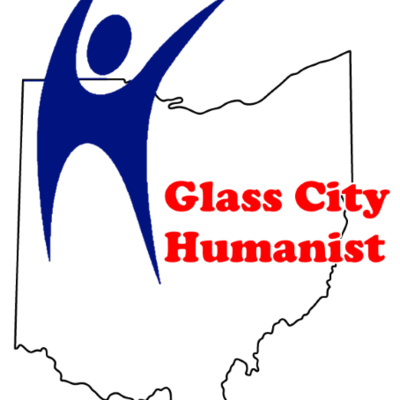