Am I Famous Yet? Memoir of a Working-Class Rock Star

By Ivan "Funkboy" Bodley
“Am I Famous Yet?” chronicles the life of a working musician who has worked closely with and gotten to know renowned rock stars. He has practically become a rock star himself but without all of the annoying trappings of actual notoriety or fortune. Follow this sideman’s hilariously heartbreaking search for fame, financial stability, and the ever-elusive quest for emotional peace of mind. 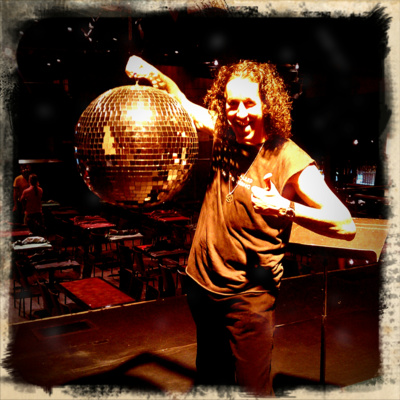 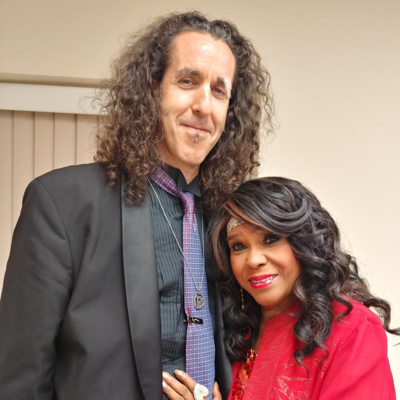 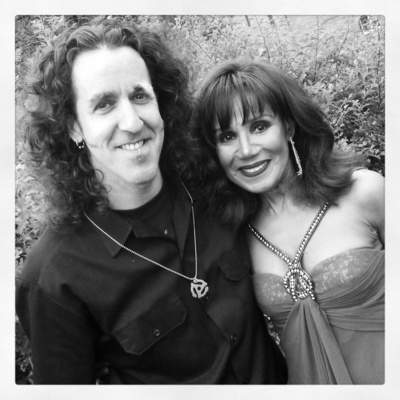 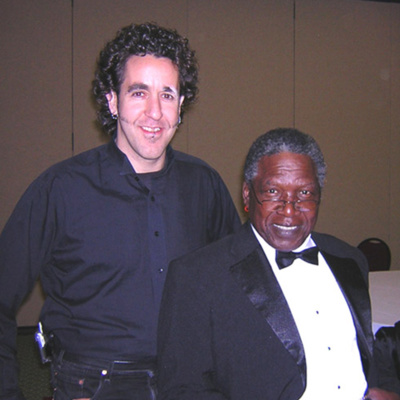 Ch. 24 - What’s in a Name
The chapter in which I discuss the value of a trademark to a touring act and what it's like to play for a group that has no original members. Cover photo: Charlie Thomas of The Drifters, Rock & Roll Hall of Famer.
09:28
March 26, 2021

Ch. 21 - Seriously, Man, You're Fired!
The chapter in which I recount being wildly disrespected by a promoter who was a stumbling drunk and a public embarrassment. When I complained about the mistreatment to my bandleader, instead of sympathy I got fired!
06:37
March 5, 2021 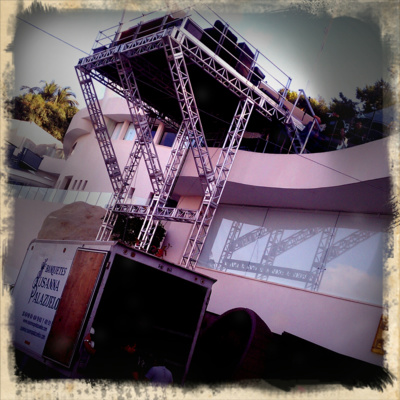 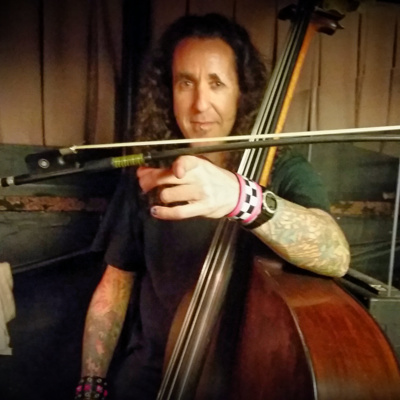 Ch. 19 - You're Fired!
The chapter in which I detail some epic failures to balance out the successes recounted in the last chapter. I've been fired from bar gigs, recording sessions, and theatre gigs. There is a glimmer of hope, however, as I was able to learn a new skill after one of these brutal dismissals. Photo: me in a Broadway pit with my bow, something I never thought I would say!
07:44
February 19, 2021 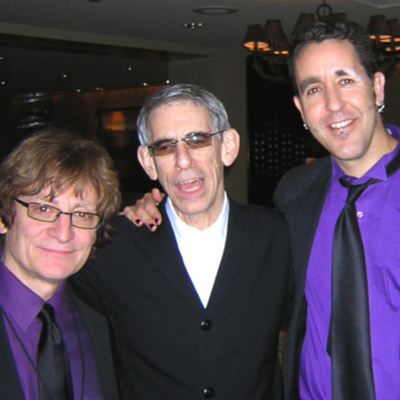 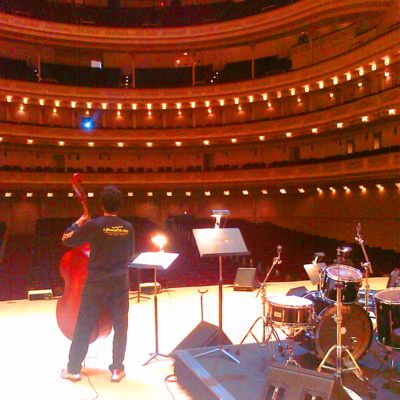 Ch. 18 - You've Made It!
The chapter in which I detail getting my first gigs in NYC with classic soul, rhythm & blues, and rock and roll stars that felt like real success. I even played Shea Stadium! Well, sort of.  Cover photo: warming up in Carnegie Hall.
14:13
February 12, 2021 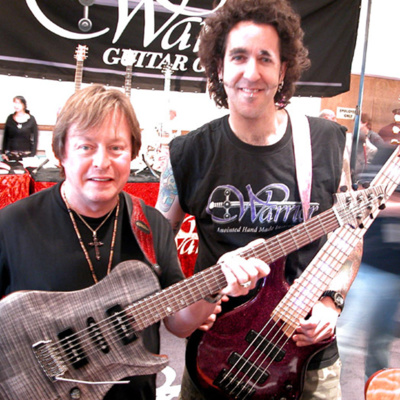 Ch. 17 - Trade Show Chops
The chapter in which I discuss the difference between being able to function in a band versus being able to play something flashy by yourself at a trade show booth. Also, I play an F# that temporarily stops time.
11:42
February 5, 2021 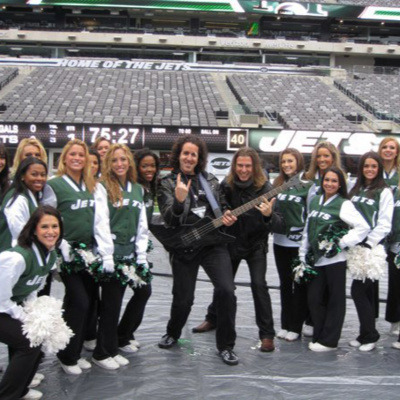 Ch. 15 - In Search Of
The chapter in which I detail surviving my troublesome high school years and the quest for self-esteem, identity, acceptance, and life aspirations.
14:26
January 24, 2021

Ch. 14 - What is Fame?
The chapter in which I discuss the actual metrics for and resulting pitfalls of the concept and desirability of fame. Fame - "the condition of being known or talked about by many people, especially on account of notable achievements.” Be careful what you wish for!
10:50
January 15, 2021

Ch. 13 - What's Your Worst Nightmare?
The chapter in which I detail mishaps on Broadway stages in front of thousands of people and the very public embarrassment thereon.
14:03
January 8, 2021

Ch. 12 - What is a Rock Star?
The chapter in which I ponder the actual definition of rock stardom, it's various components, and how they do and do not apply to a working-class musician such as myself.
07:36
January 1, 2021

Ch. 11 - Pop-Star Girlfriend
The episode in which I quit my lucrative music business career for a chance at love requiring me to move overseas. It was a grand adventure and romantic idea that ran off into the ditch almost immediately.
07:14
December 26, 2020

Ch. 9 - The Big City
The chapter in which I finally make my way to NYC and begin my career in the music business, emphasis on the word business. My adventures in NYC apartments begin in earnest.
11:03
December 11, 2020 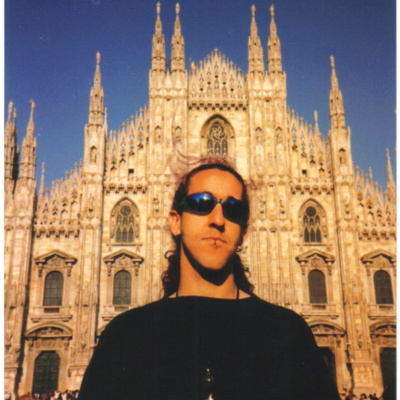 Ch. 8 - Sometimes You Smoke?
The episode where I am asked repeatedly in broken English about my personal proclivities in a customs holding room at the Milan airport by a member of the uniformed Italian carabinieri gendarmerie. Oh, also, my personal life disintegrates before my eyes on that tour.
16:29
December 4, 2020

Ch. 7 - That's Not a Threat. That's a Promise, Jack!
The chapter in which I am threatened with my bodily safety and ultimately my life. And over what? A gig! I also describe my move to New Orleans for college and the musical world that opened for me.
19:11
November 27, 2020

Ch. 6 - Hershey Happy
This episode details my first and second times working with Jon "Bowzer" Bauman from Sha-Na-Na. I discover that I am not "Hershey Happy." I also fear for my life playing a gig in the basement of a New Jersey "legitimate businessman."  As Bowzer says: "Grease for Peace!"
13:32
November 20, 2020

Ch. 5 - Loose Aspirations
This episode chronicle the early years, answering the questions: How did I get here? Where did I come from? The music bug first bites me somewhere in my high school years. It turns out that my entire career was the result of the search for free vinyl records.
13:15
November 11, 2020

Ch. 4 - The King of Rock & Soul
Solomon Burke was the self-proclaimed King of Rock & Soul. At nearly 500  pounds by the end of his life and as the father of 14 daughters and 7 sons, he was a character of epic proportions. I got to witness some of his legendary shenanigans first-hand.
21:25
November 11, 2020

Ch. 3 - But Then Sly
The last episode described what happens when everything goes exactly right. This episode illustrates just how tenuous success is by detailing the very next set on the same stage by a different band. The result was both beautiful and terrible to behold.
05:35
November 11, 2020

Ch. 2 - When it All Goes Right
Most anecdotes are about when things go haywire. This chapter gives an example of what happens when everything works out as planned. At the Tokyo Jazz Festival in front of 5,000 screaming fans, broadcast live on national television, everything went swimmingly.
10:10
November 11, 2020