By Jennifer Sanasie
Jenn Sanasie is passionate about arts, culture and entertainment! In this podcast she interviews the people she follows on social media in an effort to get to know the people behind the glossy images. Listen as she gets behind the lens to find out what drives the artists, entrepreneurs and celebrities she keeps up with.

New episodes drop on the first Wednesday of each month!

Like what you hear?! Support with a donation: anchor.fm/jennifer-sanasie/support 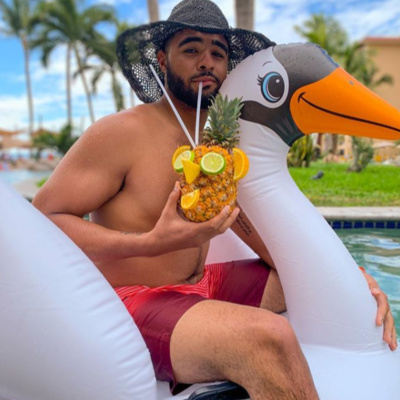 Jenn Follows Episode 10 | Fried Chicken | Bilal Dawson
Jenn started following Bilal on social media after working with him on a short film. Bilal exercises his creative ability in so many different ways: he has a clothing line, he's a comedian, actor and musician, and he's generally just an inspiring guy! Listen to Jenn and Bilal unpack what fast food restaurant makes the best fried chicken/ fried chicken sandwich, plan a game of tattoo roulette and discuss why they both despise cancel culture.
56:27
October 7, 2020 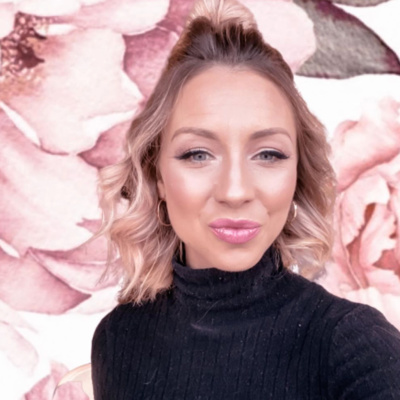 Jenn Follows Episode 9 | Beauty, Business & Red Bull | Pam Price
Jenn started following beauty entrepreneur, Pam on social media because believe it or not they used to be Red Bull girls together! Pam is an award-winning make up artist based just outside of Toronto, Canada, and has made a name for herself in bridal beauty. Jenn takes some credit for Pam's career, since she was the first person to let Pam do her make up almost 12 years ago, on the floor of the Red Bull office. The two reminisce about their days getting paid to party, and talk about their journeys to becoming entrepreneurs. COVID-19 affected Pam's business and forced her to pivot -  listen to find out how she managed to adapt!
56:42
September 2, 2020 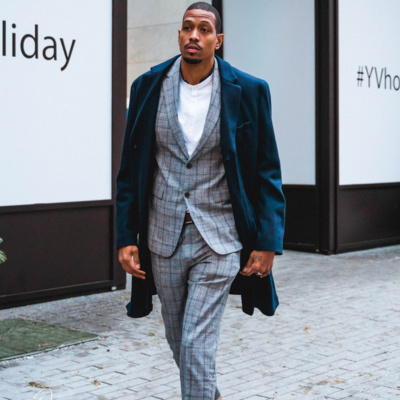 Jenn Follows Episode 8 | Ball, Beaches & Bail | Darrell Wonge
On this episode of Jenn Follows, Jenn chats to ex-pro basketball player Darrell Wonge about his 10 years playing professional basketball. Jenn met Darrell at a party in Toronto and started following him on Instagram, she was immediately impressed by his feed! (He's a Director of Photography now) Find out what drives Darrell and why he thinks video production is similar to basketball. He also tells the INSANE story of the time he went to jail in Saudi Arabia.
1:03:57
August 5, 2020 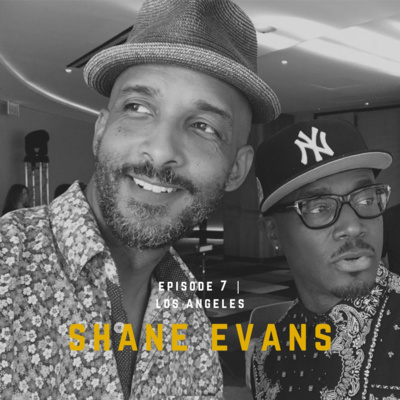 Jenn Follows Episode 7 | Los Angeles | Shane Evans
Jenn started following Shane Evans on social media after she interviewed him in Cape Town, South Africa. Jenn is inspired by Shane's creative ability, and the children's books that he produces with actor Taye Diggs.   In this interview that was done in September 2019, Shane introduces us to My Friend! the fourth book in the series written by Taye Diggs and illustrated by Shane. My Friend! will hit bookshelves in January 2021.    Through these books, Shane's mission is to create content that young Black and Brown children can relate to.  Jenn Follows is a podcast, published on the first Wednesday of every month, where Jenn interviews interesting people she follows on social media.  Follow Jenn on Instagram: https://www.instagram.com/jennsanasie/  Follow Jenn on Twitter: https://twitter.com/JennSanasie  Like Jenn on Facebook: https://www.facebook.com/JenniferSanasie/   Follow Shane on Instagram: https://www.instagram.com/shaneevans/
49:11
July 1, 2020 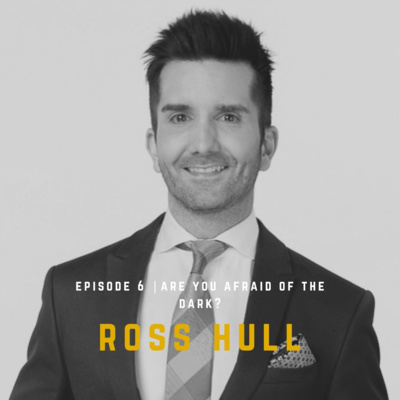 Jenn Follows Episode 6 | Are You Afraid Of The Dark? | Ross Hull
Jenn catches up with one of her childhood idols, Ross Hull! You might recognize him from the Global News weather segments, and if you grew up in Canada - you'd also know that he was one of the stars on the original Are You Afraid Of The Dark? and Student Bodies. Ross talks about being part of Canada's iconic programming in his 20s and tells us why he loves being a meteorologist!  Follow Ross: @thatguyrossh This episode was recorded at the end of 2019, we apologize if it sounds tone deaf given the current state of the world.
36:32
June 9, 2020 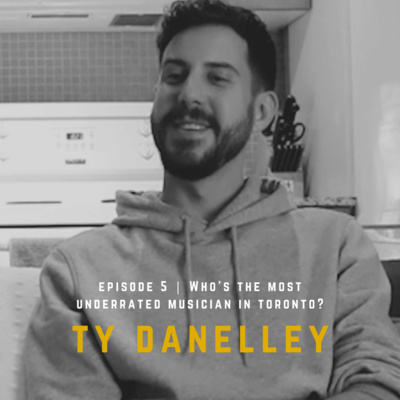 Jenn Follows Episode 5 | Who's The Most Underrated Musician in Toronto? | Ty Danelley
Jenn chats to Ty Danelley, a talented audio engineer in Toronto. Ty moved to Toronto from Winnipeg to follow his dreams of making it in music a decade ago, today he runs Risk Engineering and has worked with some of the city's biggest artists.  He has a long list of clients that include Popcaan, Pusha T and French Montana and is constantly working to perfect his craft and grow his business. Jenn started following Ty on social media because they met in real life, but stayed for the delicious food pics, music industry commentary and general good vibes. Meet Ty and give him a follow @tydanelley!
35:14
May 6, 2020 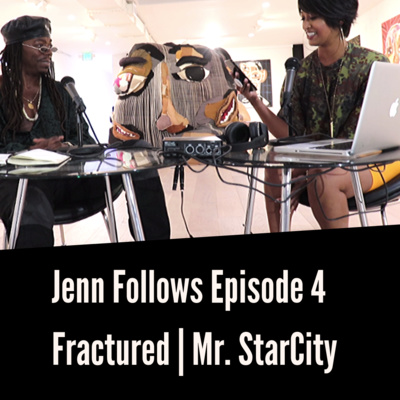 Jenn Follows Episode 4 | Fractured | Mr. StarCity
Jenn Sanasie interviews Mr. StarCity, a New York City artist who she met while attending a party in Brooklyn. After meeting, the two followed each other on Instagram and started to get to know each other through their content. Mr. StarCity's story is one of love, empowerment and triumph. Watch the artist tell the powerful story behind his latest show, Fractured, which is showing at the IV Gallery in Los Angeles. Follow Jenn: @jennsanasie Follow Mr. StarCity: @mrstarcity
28:08
October 17, 2019 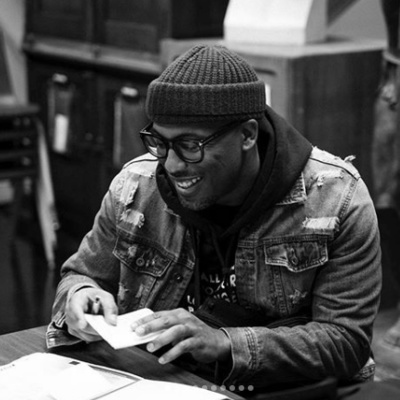 Jenn Follows Episode 3 | Content is King | Jesse Jones
Host of The Drive and fellow content enthusiast, Jesse Jones, joins Jennifer Sanasie on Jenn Follows.  Jenn started following Jesse on Instagram after she produced two episodes of the digital version of The Drive. What interested her about Jesse was his passion to have real conversations about things that affect real people. Jesse shares Jenn's passion for music, and was recently behind the Jambana One World Festival, a festival that celebrates Caribbean culture. Listen to find out how Jesse's mom was responsible for bringing reggae artist, Koffee to Toronto for the first time! Jesse and Jenn talk about how to bring an idea from concept to completion, like Jesse did with The Drive, Barrack Obama's fire play list and modern day relationships. Listen to the end to play 'Tinder DMs or Song Lyrics!' Follow Jenn: @jennsanasie Follow Jesse: @iamjessjones
47:04
September 2, 2019 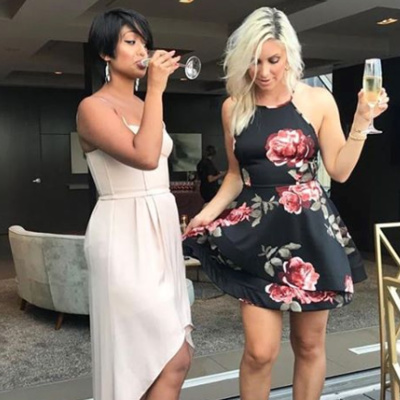 Jenn Follows Episode 2 | Style Stories | Heather Loduca
Jennifer Sanasie started following Heather Loduca because of her fire outfit posts on Instagram. They have since become business partners and are taking the fashion world by storm. Listen to Heather talk about her love for thrifting and vintage shopping, how to figure out what your individual style is and why you should say fuck it to fashion norms! Follow Jenn: @jennsanasie Follow Heather: @heatherloduca
36:45
August 23, 2019 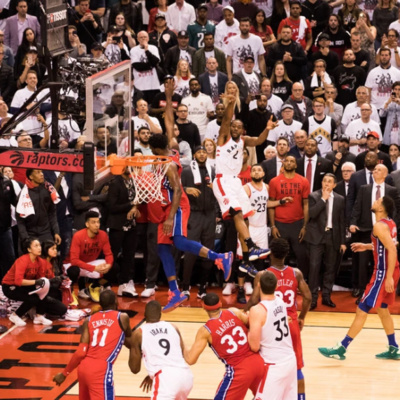 Jenn Follows Episode 1: Buzzer Beater
22-year-old photographer Kishan Mistry blew up during the 2019 NBA Finals. His photograph of Kawhi Leonard's game 7 buzzer beater became one of the most iconic photos of the playoffs and was even shared on Instagram by Drake. Known for taking photos of musicians and athletes, Kishan tells Jenn about how he got into the photography business, unpacks some of the famous faces he's captured and lets us know what it's like to have one of his photos tattooed on someone else's body.
27:47
August 16, 2019