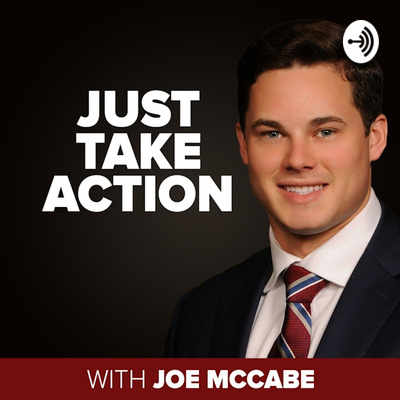 Buyer Side Training, Mindset and Tips
Realtors are always caught kicking and screaming at the end of a deal sometimes due to other people or lack of ownership. I think my tips below will help!
01:01:43
July 12, 2019

Ep14: Real Estate Syndications with GINO BARBARO & Joseph Mccabe
Gino Barbaro is an investor, business owner, author and entrepreneur. He has grown his real estate portfolio to over 1100 multifamily units. He is the co-founder of Jake &​ Gino, a multifamily real estate education company that offers coaching and training in real estate founded upon their proprietary framework of Buy Right, Manage Right &​ Finance Right.
26:17
May 23, 2019

Ep 15: Wholesaling and ibuyers & Should Realtors be wholesaling? Joe McCabe and Bruce Waller of HOME FRONT MORTGAGE
When does wholesaling bridge on becoming unlicensed activities and when does it become predatory. Should realtors be engaging?  Real estate wholesaling occurs when a party (the "wholeseller") contracts with a home seller, markets the home to potential buyers, and then assigns the contract to one of them. The wholesaler makes a profit, which is the difference between the contracted price with the seller and the amount paid by the buyer. The goal in real estate wholesaling is to sell the home before the contract with the original homeowner closes  .Joseph C. McCabe   RE/MAX Experts | OWNER  4320 Main Street Philadelphia, PA 19127 Office (267)-520-3711 FAX (267)-520-3727
35:14
May 06, 2019

Ep 12: Fix your Money mindset: Bruce Waller, Joe McCabe, and Joe Masalta
You may find yourself afraid to spend money or spending most of your money the minute it hits your checking account.  While there are certainly emotional components associated with this, most important of all is the mindset you maintain around how you make and spend money. With a scarcity mindset, you'll find yourself always focusing on never having enough. How then do we shift from scarcity to abundance? First, let's discuss what an abundance mindset looks like.  As you may have guessed, an abundance mindset is very much the opposite of a scarcity mindset.  An abundance mindset keeps in mind every possible favorable outcome for your financial situation while allowing you to be open to each one. Joseph C. McCabe   RE/MAX Experts | OWNER  4320 Main Street Philadelphia, PA 19127 Office (267)-520-3711 FAX (267)-520-3727 HOME | FRONT Mortgage CEO 4320 Main Street Philadelphia, PA 19127 NMLS #1611328 Office: (800)-707-8845 Fax:(888)707-2582 Cell: 215-868-6379
01:03:56
April 29, 2019

Ep:011 Marijuana-friendly cities see uptick in home values with Annette Davis
Homeowners who live in cities where recreational marijuana is legal can breathe a sigh of relief: Home values in those area have grown by $6,337 more than in towns where it remains illegal, according to a Clever Real Estate study. The study, which utilized housing data from Zillow, analyzed home values in cities where marijuana has been legalized. While homes values in cities with legalized marijuana grew by $6,337 between 2017 and 2019, cities within close access to legal dispensaries saw the largest growth of all — an average of $22,888, or 8.4 percent, more per home between 2014 and 2019. Meanwhile, cities that only allow medical marijuana use saw the same growth as cities where all marijuana use remains illegal. While marijuana is illegal on a federal level, many states have taken steps to legalize the drug since 2012. Currently, marijuana is legal in Colorado, Washington, Oregon, California, Nevada, Alaska, Michigan, Vermont, Massachusetts, Maine and the District of Columbia. Fourteen other states have decriminalized marijuana, which means that possessing small amounts is treated like a civil violation.
19:01
April 22, 2019

EP008: Taking Action, The Oversimplified follow-up to my Super Agents Live Interview with Toby Salgado
Here is My Follow Up to all the calls and emails I received.  If you're building a real estate portfolio, a real estate agent, a loan officer or a business owner this is the key. Stop failing and take more action massive levels of action, have systems in place to work 24 hours a day.  There is no Secret Sauce Guys. Its not complicated I promise you the only wrong action is INACTION The Only difference between the people who win and lose is that one person took more steps to arrive at the goal than the other did.  Listen to the super agents Live show here.  https://player.fm/series/super-agents-live-real-estate-coaching/ep-330-zero-to-112-units-the-first-year-joe-mccabe Episode 330  https://itunes.apple.com/us/podcast/selling-1-real-estate-agent-marketing-leads-coaching/id787334331?mt=2
09:10
March 04, 2019

EP007: Guest Jay Doran with Culture Matters Delivers some powerful tips on company culture with Joseph McCabe
Culture... A word that has become a buzzword and something sometimes thrown around by "entrepreneurs" to sound intelligent and included but what does it mean and how do you build it? Joseph McCabe and Jay Doran Dive deep into the topic discussing how building a culture starts from the top and flows down and how your message can make you more money while retaining more employees.  Email me at josephmccabe@remax.net to learn more about REAX EXPERTS and Home Front Mortgage or to find out how you can get in on some of the real estate investment projects we are working on.
01:03:27
March 01, 2019 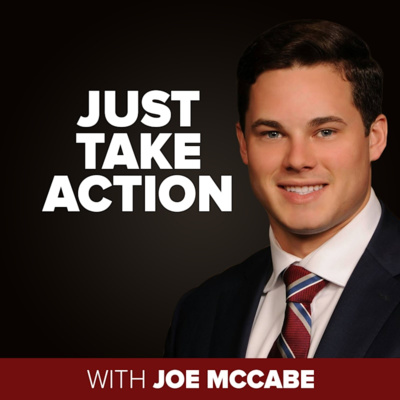 EP004: Are We In A Recession? How Realtors Control The Narrative.
Get Uncomfortable With Stacy And Joe  #Podcast Show  Is the real estate market in a bubble that essentially is ready to pop? Are your buyers and sellers worried, scared and asking you questions about the market? Are you putting your own fears in the deal? Here is what is happening NOW in the market and the narrative you should be telling to your buyers, sellers and investors! This is how you change the negative narrative into positive paychecks! Subscribe to the Podcast on  Anchor FM: https://anchor.fm/getuncomfortable Spotify: https://open.spotify.com/show/0pcEoj61tL7N1kSZZP2Eym Stitcher: https://www.stitcher.com/podcast/anchor-podcasts/get-uncomfortable-with-stacy-joe Send us your questions to be aired and answered live here: stacy@thecomfortkillers.com
27:15
February 07, 2019

EP003: BUILD A REAL ESTATE PORTFOLIO WITH ZERO DOWN The Pittsburgh Pitch PT 1 - 100% Seller's Financing with ZERO EXPERIENCE
Joe breaks down his Pittsburgh deal. 100% Seller's Financing with zero experience. Part 1 of 3. Still unsure of how to do this type of deal reach out to us maybe we can partner on something together. It requires low amount of capital and for larger deals we have other investors who we can join  Subscribe to the Podcast on  Anchor FM: https://anchor.fm/josephmccabe Send us your questions to be aired and answered live here: josephmccabe@remax.net
22:22
January 28, 2019

EP002: Time Management, The B-Word and How To Handle Buyer Side of Real Estate
Get Uncomfortable With Stacy And Joe  #Podcast Show  Shenae Frazier of RE/MAX Experts stops by to answer questions, we talk how we handle depression and how to set up systems and processes in real estate! Enjoy  Subscribe to the Podcast on  Anchor FM: https://anchor.fm/getuncomfortable Spotify: https://open.spotify.com/show/0pcEoj61tL7N1kSZZP2Eym Stitcher: https://www.stitcher.com/podcast/anchor-podcasts/get-uncomfortable-with-stacy-joe Send us your questions to be aired and answered live here: stacy@thecomfortkillers.com
30:20
January 16, 2019

EP001: Why Another Course Won't Work : Why Taking Action Will
In episode one ( our semi-formal ) opening introduction you hear why being passive will not work, why organizing your desk won't make you better and why indecision will keep you stuck!  send in your questions to: stacy@thecomfortkillers.com
18:34
January 09, 2019