By Sara Mathius
'Just Music' was born with the aim of giving voice to independent artists outside of the musical radio formula.

This is an independent monthly podcast -entertaining and informal- from just 5 to 10 min chatting with the best musician/artists-.

During this experience I have had the pleasure of interviewing recognized artists as Chilly Gonzales -a Grammy-winning Canadian musician- as well as 'The Ramonas': the UK's best tribute act to the iconic New York forerunners of punk The Ramones, among others. 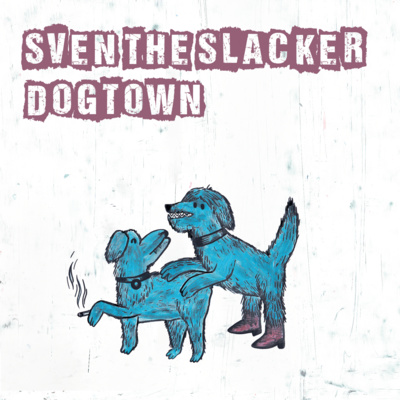 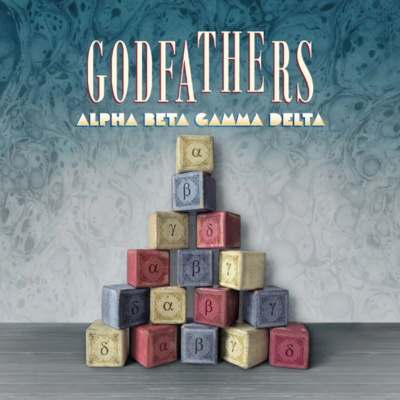 Interview with Peter Coyne (The Godfathers).
The Godfathers’ critically acclaimed, brand new album ‘Alpha Beta Gamma Delta’ is officially released this Friday 16th September!! But you can buy it NOW via http://www.thegodfathers.bigcartel.com/
15:20
September 16, 2022 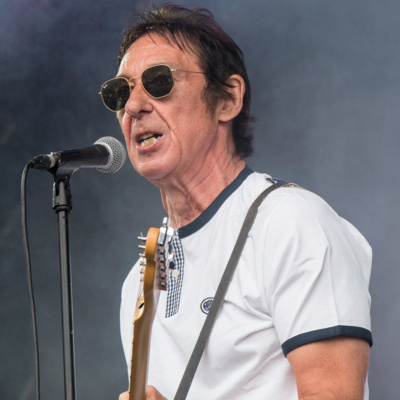 Interview with Steve Diggle (Buzzcocks)
Yesterday I sat down with Steve Diggle to talk about his past with the Buzzcocks but, also, his new coming project that will be released this September!
12:28
August 28, 2022 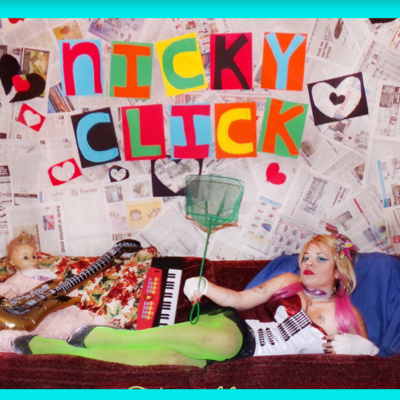 Interview with Nickyclick
“Freaks, you can call me Mom,” Nicky Click boldly proclaims on her newest album. Given her lengthy career, she’s got the creds to back it up. Born in New Hampshire, she began making music in 2003 and was once described by SF Weekly as a “one-woman feminist electro band.” Influenced equally by riot grrl and pop divas, she released her first album, You’re Already A Member, right as the DIY-electro and queercore boom of the mid-aughts was gaining steam.
08:58
June 28, 2022 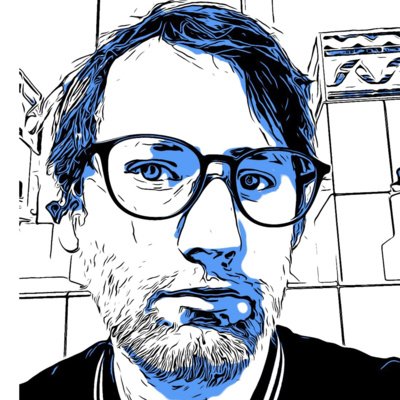 Interview with Sven The Slacker
Sven is a post-punk German artist that recently has released his single Internet as part of his new album Hutch. The artist gets critical with social media use and abuse nowadays.
08:31
April 06, 2022 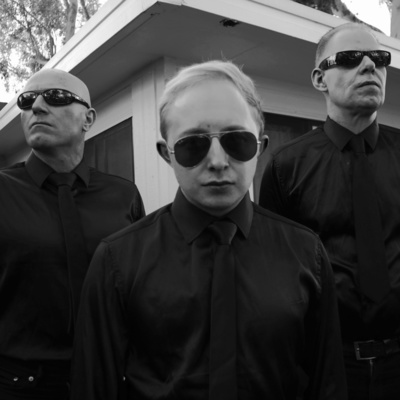 Interview with The Silhouettes after their USA tour
One year after, Just Music interviews again The Silhouettes: a rockabilly instrumental garage band from Birmingham that recently has visited USA touring different cities. As part of Wild Records -label from Los Angeles-, the band has also recorded 12 tracks during this experience!
07:55
March 05, 2022 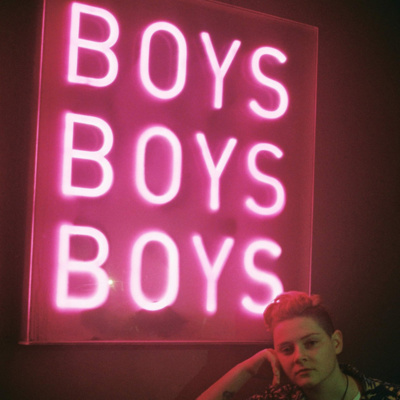 Interview with Susie Blue
Susie Blue is a queer indie pop artist from the North of Ireland. Her songs tell stories of love and loss but with a twist. Susie released her debut album "Didn't mean to care" in 2018 just off the back of playing Glastonbury festival and she has just released her new EP "Boys Boys Boys", which is available on all streaming platforms.
07:38
January 29, 2022 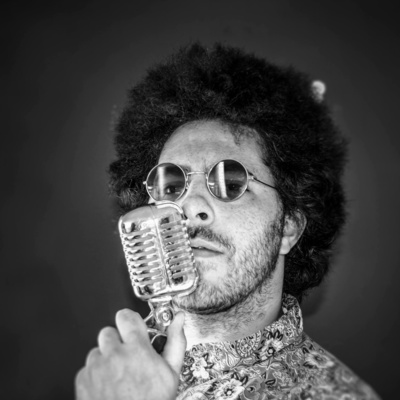 Interview with Levi Washington
Levi Washington is a recognised musician from Leamington: town where he is hosting several music events and has become a figure of the music scene around Warwickshire.
09:30
December 24, 2021 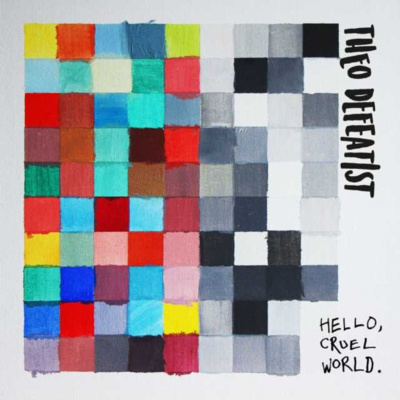 Interview with Theo Defeatist
Theo Defeatist is an emerging band from Brighton formed by Jay Bone (drums), Rhys Bury (bass) and Harry John (guitar).  During the pandemic the trio has released new tracks and now they are back on stage around the UK.
07:28
November 17, 2021 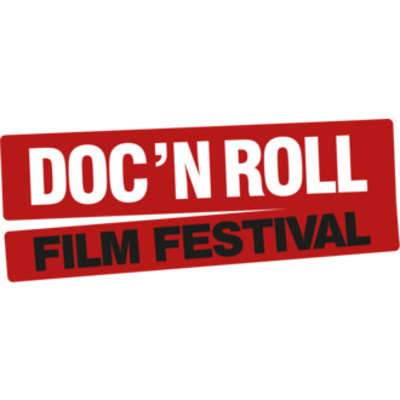 Interview with Vanessa Lobon (Doc'n Roll Film Festival)
Interview with Vanessa Lobon (director) on the occasion of the 8th annual edition of Doc'n Roll Film Festival. During this episode, Vanessa shares with us everything about this edition with new artists, live music events and amazing national and international non fiction music docs, covering all genres of music. The Festival is back in London from the 28th of October till the 14th of November.
08:08
October 18, 2021 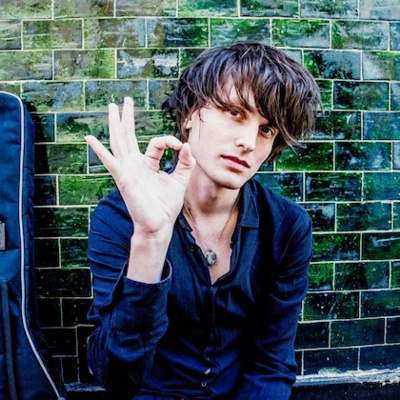 Interview with Jack Jones (Trampolene Band).
Jack Jones is a Welsh musician, songwriter and poet. He is the lead singer and guitarist in the alternative rock band Trampolene.  During this interview we spoke about his background, music preferences and his last release 'Love no less than a Queen'.
14:01
September 19, 2021 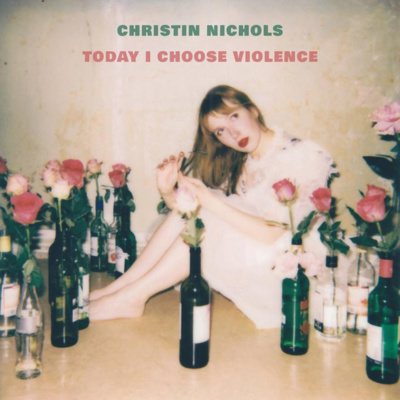 Interview with Christin Nichols
German-British artist Christin Nichols has a post-wave punk aura intertwined with dark wide-angle pop and deep messages. During this interview we spoke about her last release 'Today I choose violence' and the situation in today's music industry in comparison with other entertainment activities.
07:42
August 16, 2021 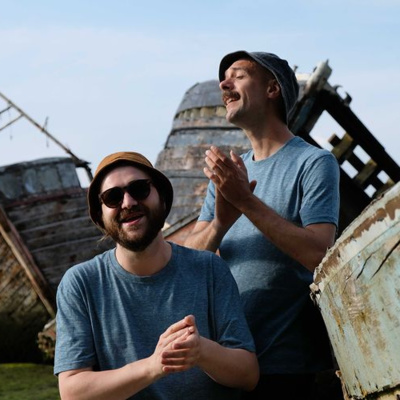 Interview with Frauds
Frauds have been relentlessly touring and playing across the UK for the past few years. They have come a long way from their hometown of Croydon especially for a project that “was an excuse for a bit of fun”.  This has now resulted in a savage sound that blends their influence of Mclusky, The Jesus Lizard and Tom Waits together. Chris and Mike’s bond is deep and their enjoyment of what they do is what draws people in. The band have shared stages with Idles, Mclusky, Slaves & Jamie Lenman.
08:04
July 15, 2021

Interview with Sven Rosenkötter
Sven Rosenkötter (Bielefeld, Germany) is an independent artist that played with ROSI and TRIST and now has gone solo and released his new hit: 'Running in circles', a track that is part of his last EP: 'Dogtown'. During the interview we spoke about the music situation in Germany, cancel culture and the and the advantages and disadvantages of the streaming services.  Styles: Dark-wave, cold-wave, minimal-electro, post-punk.
08:36
June 12, 2021 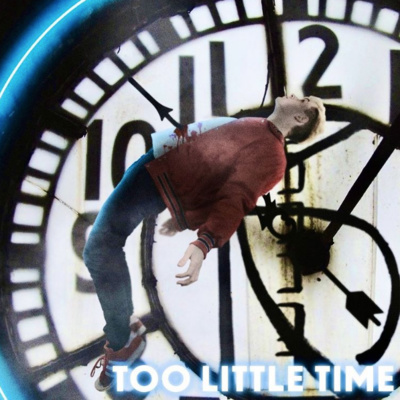 Interview with Atticus Blue
Atticus is a singer-songwriter, rapper and music producer, born in South London. His work is mostly Inspired by Bruno Mars and Tom Misch. Additionally people often compare his rap style to Ed Sheeran’s. He taught himself how to produce and has built his own bedroom studio where all his music is imagined.
08:28
May 14, 2021 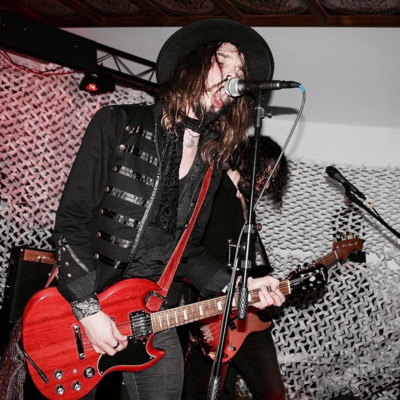 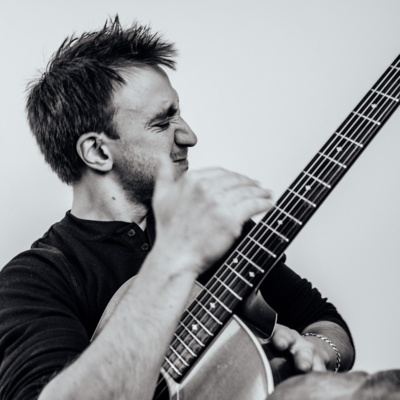 Interview with Joncan Kavlakoglu
Joncan combines the athletic skill of percussive techniques with emotive, highly dynamic and groove-based playing – creating a visually captivating element alongside an atmosphere that gets people moving and pushes an audience’s expectation of what a solo acoustic guitar can do. During this interview, the artist encourages musicians to stand up for themselves and give an account of their worth in the music industry.
09:17
March 12, 2021 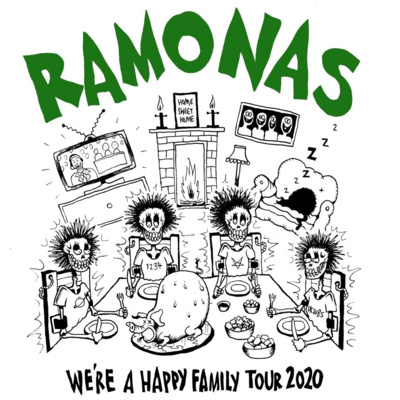 Interview with 'The Ramonas'
The Ramonas are a female tribute to the iconic New York Punk Rock band, Ramones. Camille, Lisa, Victoria and Maxine captured the spirit and energy of the 70s band.  We talk about how the band was formed, what their plans are and the new original music they are composing themselves.
08:14
February 13, 2021 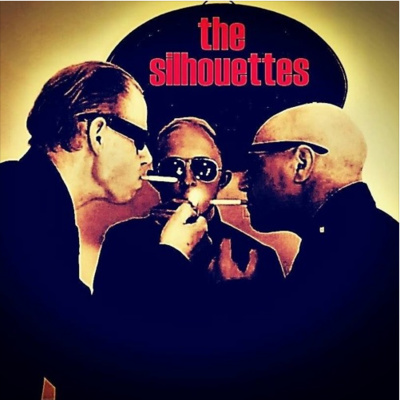 Interview with 'The Silhouettes'
Just Music interviews 'The Silhouettes' in the second show.  The band formed just last year with two components from 'The Terrorsaurs'. For this year they are planning to record an album in LA and play shows around the world, if the global situation allows them.
05:59
January 13, 2021 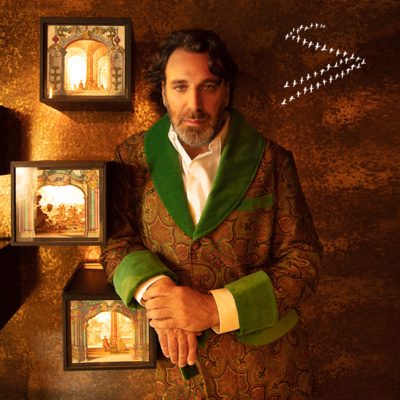