By Matt Rudman
The Rising Tide raises all ships.... I truly believe we have so much to give the world, it comes from within and it starts with ourselves.

We all have the potential to live our dreams, do the things we thought we couldn't and take full control of our own lives.

Sometimes we just feel stuck. All it takes is that first step.

Take a listen and Subscribe my podcast to Surround your self with like minded people who will inspire and encourage you to your next level. 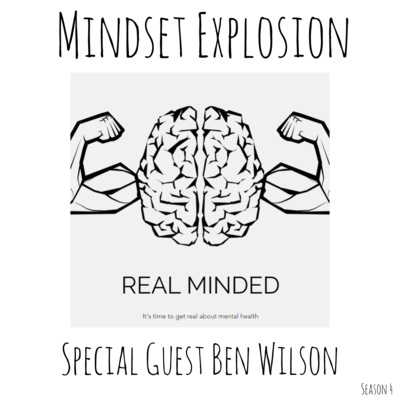 Introducing The Real Minded Method! 💪🏻🧠💪🏻
Introducing The Real Minded Method! 💪🏻🧠💪🏻 Mindset Explosion - Season 4, Episode 29 In today’s interview I am joined by Ben Wilson Ben was hospitalised twice with severe physical symptoms (my heart rate was through the roof) and crippling flashbacks from my time working alongside the British Army and as an NHS paramedic. He ended up in resus and, after many physical tests (some of which were slightly painful and embarrassing!), Ben was eventually diagnosed with Post Traumatic Stress Disorder with associated anxiety and depression. Ben went on to study various course around mental health and began to chronicle his journey. Fast forward to 2020, whilst collaborating with small teams of elite security professionals Ben was asked to introduce mental health awareness and resilience training. This took the form of an informal discussion with some very experienced and highly skilled operators. Stories, laughs and tears were shared as Ben led them through his life experiences, peer to peer coping skills and learnt that even the toughest of us suffer with poor mental health. The foundation for the Real Minded Method was born with a clear goal to share knowledge so no one has to go through what he went through. You can read and find out more of Ben’s story here https://www.realminded.co.uk Make Today a Great Day Peace ✌🏻and Love 🤟🏻 . . . . . #mindset #cheltenham #cheltenhambid #mindsetshift #motivationalspeaker #mattrudman #mindsetexplosion #keynotespeaker #speaker #podcaster #positivity #entrepreneur #business #mentalhealth #ptsd #military #trauma
39:21
September 29, 2021 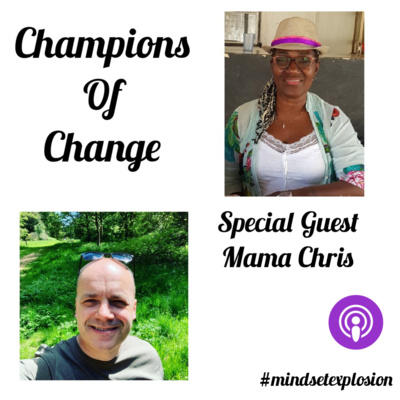 Champions of Change!
Champions of Change! Mindset Explosion - Season 4, Episode 28 In today’s interview I am joined by Mama Chris (Chris Hayter). Following a holiday in The Gambia, West Africa, Chris formed strong bonds with the people of Bakau and, with the help of local leaders, promoted several health and wellbeing initiatives through The Oasis Project, a charity she established in 2007. These included founding The Starlight School, which is now responsible for the education of over 200 children. More recently, seeing the community suffer terrible flooding in the rainy season, and a consequent rise in malaria levels, again through The Oasis Project she galvanised locals to take part in a storm water management scheme, involving developing, repairing and clearing storm drains. MKGU Rotary Club UK raised funding for the Bakau canal works. Collaborating with The Rotary Club of Fajara the local community leaders to deliver the project. As a result of Chris’s intervention, the town’s people have helped themselves, their homes are no longer subject to flooding and the amount of standing water has been reduced, with resulting malaria cases dropping significantly in the first year. Make Today a Great Day Peace ✌🏻and Love 🤟🏻 . . . . . #mindset #cheltenham #cheltenhambid #mindsetshift #motivationalspeaker #mattrudman #mindsetexplosion #keynotespeaker #speaker #podcaster #positivity #entrepreneur #business #businessowner #gambia #rotaryclub
48:39
September 7, 2021

5 Ways to be Inspired
5 Ways to be Inspired Mindset Explosion - Season 4, Episode 27 Do you ever have one of those days where you need a little inspiration, but for whatever reason it just goes out of the window, or its just not there? Here’s my five ways to find inspiration… Can you think of any more? 1 - Change your environment. 2 - Read. 3 - Listen to a podcast or audio book. 4 - Expand your Circle. 5- Write… Ideas, words or in a journal. What others do you have? Make Today a Great Day Peace ✌🏻and Love 🤟🏻 . . . . . #mindsetmatters #mindset #cheltenham #cheltenhambid #mindsetshift #mindset #motivationalspeaker #mattrudman #mindsetexplosion #keynotespeaker #speaker #podcaster #positivity #wednesdaymotivation #entrepreneur #investor #addiction #mentalhealth #business #businessowner
08:32
August 5, 2021 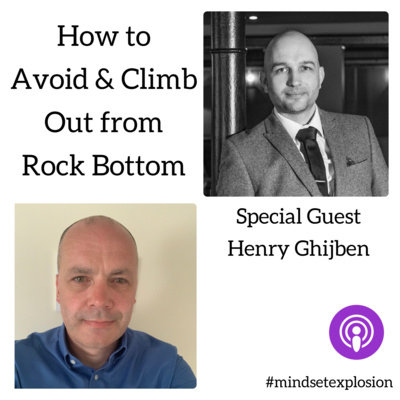 How to Avoid & Climb Out from Rock Bottom 🙏🏻 💪🏻🌞
How to Avoid & Climb Out from Rock Bottom 🙏🏻 💪🏻🌞 Mindset Explosion - Season 4, Episode 26 Today I‘m joined by Henri Ghijben a Property investor and Tree Surgery Business owner in Southampton UK. Henri built his first business from a one man band working from a rented garage with a £10k loan, to a 47 staff 2 million pound turnover company. In 2019 Henri lost his first business, going on to lose his family home. Hitting rock bottom it tested Henri’s resilience to nearly breaking point. Henri admits he did not have the right systems and numbers in place and was out of his depth with his own knowledge of business. He started again and in 2019 and Henri is now on the journey again, but doing it the right way this time. Taking a lot of time reading and learning, Henri has placed himself in a position where he is getting traction in his second business. While on this new journey Henri is passionate about sharing his story and the lessons he learned to try and help others to not hit rock bottom like he did. With a huge passion for business , Henri is extremely ambitious and wants to be involved in more in the future to create wealth, so he can give back to his community, while helping people with mental health and addiction. Make Today a Great Day Peace ✌🏻and Love 🤟🏻 . . . . . #mindsetmatters #mindset #cheltenham #cheltenhambid #mindsetshift #mindset #motivationalspeaker #mattrudman #mindsetexplosion #keynotespeaker #speaker #podcaster #positivity #wednesdaymotivation #entrepreneur #investor #addiction #mentalhealth #business #businessowner Find out more about Henri and his business through either of these links www.hrgtreesurgeons.co.uk www.edifypropertiesltd.co.uk
40:17
July 27, 2021 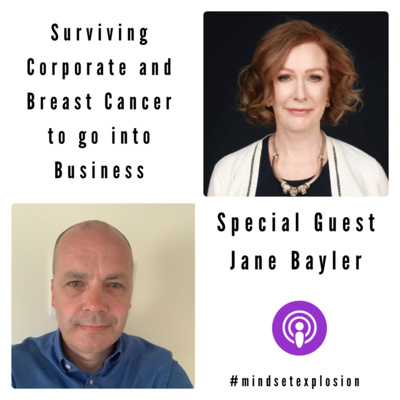