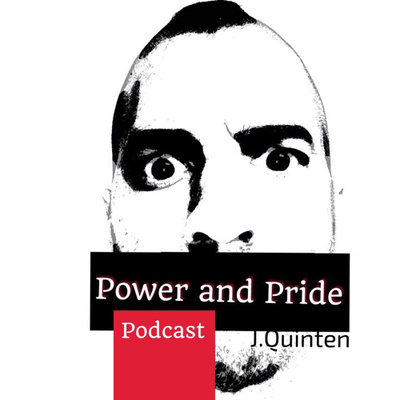 By J. Quinten
A powerful and proud exploration of humanity and social issues in America. With topics including race relations, homelessness, poverty, politics, religion and more. Focused on the perspective of our guests and our listeners. Hosted by yours truly, J. Quinten.

The views and comments of the guests do not necessarily reflect the views of our host or staff.
J. Quinten only speaks for himself and not for any organization or company that he may work for or do business with.

Juneteenth: A Rough overview of events leading to Freedom Day
This BONUS episode is a rough American history of events between 1619 and 1865 that lead up to Juneteenth. Many of the important factors are spoken about from slavery to emancipation. More work to do but we are all very hopeful for our future. Let's make Juneteenth a National Holiday!! #juneteenth
23:07
June 19, 2020

"White on White Crime", is that a thing?
Host J. Quinten navigates the sometimes heated waters of race based terms and crime statistics. This is not a denial of crime by anyone or any group. This is an acceptance that all races and groups commit violent crimes against others of their same group (Intraracial). This episode is more about the use of terms and its impact on us all as Americans. Let's have a growth mindset as we enjoy this episode of learning.  Follow J. Quinten on Twitter @TheRealJQuinten or www.powerandpridepodcast.com or on http://facebook.com/powerandpridepodcast. *Note: "White" in this episode refers to White Non-Hispanic.
20:49
October 08, 2019

"Homeless in Seattle... and everywhere else"
A quick look into homelessness in America. #endhomlessness. Powerandpridepodcast.com @TheRealJQuinten
26:53
October 01, 2019

"Dick Rowland and the untold massacre"
We explore the largely untold story of a neighborhood in Tulsa, OK in 1921. In the town of Greenwood approximately 300 U.S. citizen residence were massacred in less than 24 hours.  Hear how 19 year old Dick Rowland unintentionally ignited a powder keg of hate, death, and total destruction. Remember our American past so we may have the American future we want for our children. Hosted, as always, by J. Quinten  Correction* "All" was used when it should have been "Several of the 25 Greenwood men were WWI veterans."
25:13
September 23, 2019

"The Scary Truth of America's Human Trafficking"
This is a mature topic meant for a mature audience. We discuss the aspects of Human and Sex Trafficking in the United States. www.powerandpridepodcast.com
27:47
September 17, 2019

Coming Soon: Power and Pride with J. Quinten
The wait is over, Power and Pride is coming to you in 2019!! Hosted by J. Quinten. Where we explore the social issues in America and discuss what matters to you most with our amazing weekly quests.
00:30
July 31, 2019