By The Redhawk’s Nest

Welcome to The Redhawk's nest, Yavneh Academy's podcast. The Redhawk's Nest podcast engages members of our school community and celebrates the school's culture and values. Each episode and guest will give you a ‘birds eye view’ into the variety of individuals that make up Yavneh Academy's Redhawk community and the special impact that the institution has made on their lives.
Questions or comments? Please email Redhawksnest@yavnehacademy.org 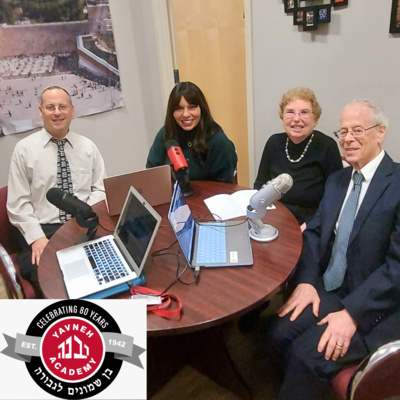 Episode 3: The Sussman Family
A man graduates from Yavneh in the 60's. His kids attend the school in the 80's and 90's. Then his wife starts teaching at Yavneh in the mid 90's. Then one of his sons starts to teach at Yavneh in 2000's. Eventually his grandchildren attend the school a few years later.  This may sound like a riddle, but it is not! This is the Toldot of The Sussman Family as it relates to their time at Yavneh.  Following the order of the above narrative: Stephen Sussman graduated Yavneh in 1962. Stephen's sons Chaim and Josh Sussman attended the school in the 80's-90's. Stephen's wife, Barbara Sussman, officially started teaching at Yavneh in 1994. She taught at Yavneh for 12 years. Then, Chaim Sussman started teaching at Yavneh in 2005 and has been teaching here ever since. Currently, Stephen's grandchildren attend Yavneh and are part of the classes of '27 and '28. Tune into this episode to hear the stories of this timeline come alive. This episode sheds light on how a 3 (plus!) generation family all have strong ties to Yavneh's Nest. Hosts: Mrs. Baruchov with Rabbi Knapp Producers: Matthew Feiler and Jason David
20:18
November 30, 2022 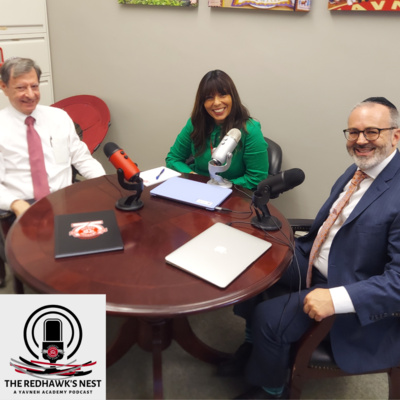 Episode 2: Irv Glass
In this episode, Rabbi Knapp and Morah Baruchov sit down with Irv Glass who attended Yavneh Academy when the school was located in Paterson. He was a member of the graduating class of 1963. Currently, Mr. Glass operates The ShopRite Stores in Paramus, Englewood, and Rochelle Park. During this conversation, he shares some memories that stand out to him from the time spent at Yavneh .He also reflects on how his Yavneh Academy education has impacted his life. Hosts: Mrs. Baruchov with Rabbi Knapp Producers: Matthew Feiler and Jason David
13:39
November 16, 2022 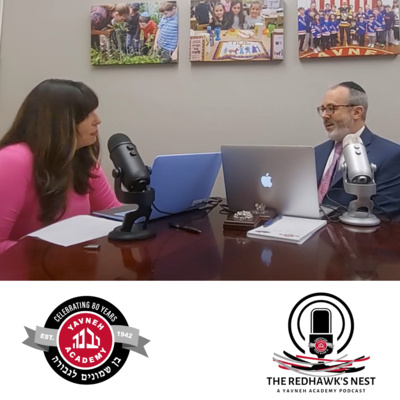 Episode 1: Rabbi Jonathan Knapp
The first episode of The Redhawk's Nest features a very special interview with, Yavneh Academy’s Head of School, Rabbi Jonathan Knapp. This exciting discussion serves as a catalyst for future episodes.  Insights into the origins of the podcast as well as some of the history and values of Yavneh Academy are discussed in the episode. Tune in to hear Rabbi Knapp talk about how the Redhawk became the official mascot of Yavneh, as hear about how Yavneh decides to call a snow day! Hosts: Mrs. Baruchov with Rabbi Knapp Producers: Matthew Feiler and Jason David
11:48
October 01, 2022 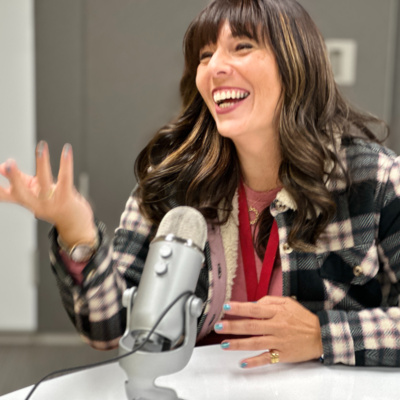 The Redhawk's Nest Teaser
Welcome to The Redhawk's nest, Yavneh Academy's podcast. Hosted by Yavneh's own Mrs. Jordana Baruchov, The Redhawk's Nest podcast celebrates the school's culture, values, and engages members of our school community. Each episode and guest will give you a ‘bird's eye view’ into the variety of individuals that make up Yavneh Academy's Redhawk community and the special impact that the institution has made on their lives. Hosts: Mrs, Baruchov with Rabbi Knapp Producers: Matthew Feiler and Jason David
02:25
September 29, 2022