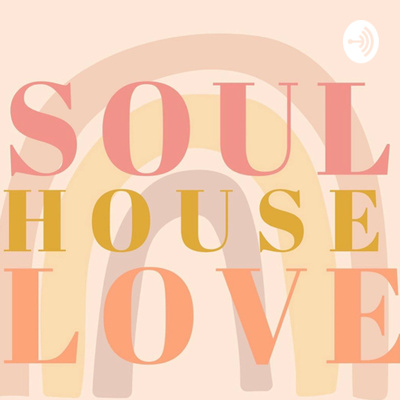 By Stephanie Wood
The Geode: delivering unpretentious “Wellness and Woo” content and friendly one-on-one interviews with innovative healers of body, mind, and spirit. People at-large and the mineral masterpieces called geodes are filled with hidden gems Stephanie Wood connects with her diverse roster of guests in a way that allows the down-to-earth people behind the businesses and brands to shine as they educate and entertain the audience. As a National mental health crisis looms on the horizon, Stephanie’s passion for directing wellness resources where they are most needed is sincere and right on time. The
Listen on Spotify
Website

Anh Stanley; Closing out LGBTQ+ Pride Month
Anh Stanley, Proprietor of Pyramid in Waynesboro opens up to Stephanie about growing up queer in a conservative family, overcoming depression, embracing labels, activism, and triumphing as the owner of "a little witchy shop in a mountain town"
29:53
July 01, 2020 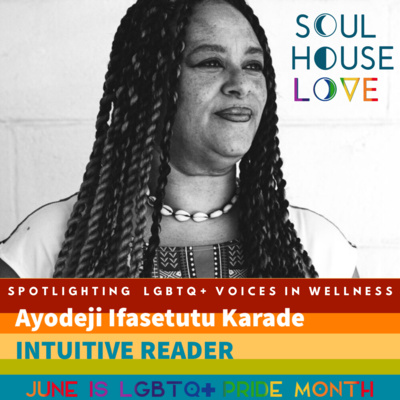 Ayodeji Ifasetutu Karade, Intuitive Reader/Honoring the Legacy of Stonewall: Pride 2020
Ayodeji Ifasetutu Karade, also known as Leslie Scott-Jones, is an Intuitive Reader and Ifa Diviner.  Ayodeji Ifasetutu Karade is also a member of the LGBTQ+ community. According to Wikipedia, "Ifá is a Yoruba religion and system of divination...Ifá is practiced throughout the Americas, West Africa, and the Canary Islands, in the form of a complex religious system, and plays a critical role in the traditions of Santería, Candomblé, Palo, Umbanda, Vodou, and other Afro-American faiths, as well as in some traditional African religions."  If you think you are unfamiliar with imagery and deities associated with Ifa, you are just unaware of how much they are a part of your daily life.  For example, in entertainment, we see Beyonce clad in flowing yellows and gold gowns in the video for "Hold Up", as well as her iconic performance (while pregnant with twins!) of "Love Drought" at the 2017 Grammy Awards. Her choice of colors and drape, as well as her accessories are a direct homage to the goddess Osun.  "Ọṣun, is an Orisha, a spirit, a deity, or a goddess that reflects one of the manifestations of the Yorùbá Supreme Being in the Ifá oral literature and Yoruba-based religions. She is one of the most popular and venerated Orishas. Osun is an important river deity among the Yorùbá people. She is the goddess of divinity, femininity, fertility, beauty and love. She is connected to destiny and divination." Another example is one you are sure to be familiar with. Starbuck's unmistakeable two-tailed mermaid logo is an exact  representation of the "Mother of Everything", an Orisha named Yemoja, who has been syncretized with The Virgin Mary.  "Yemoja is often depicted as a mermaid, and is associated with the moon, water, and feminine mysteries. She is the protector of women. She governs everything pertaining to women; particularly the birth and bearing of children - childbirth, conception, parenting, child safety, love, and healing. According to myth, when her waters broke, it caused a great flood creating rivers and streams and the first mortal humans were created from her womb"  And now you know! Wikipedia contributors. "Oshun." Wikipedia, The Free Encyclopedia. Wikipedia, The Free Encyclopedia, 23 Jun. 2020. Web. 26 Jun. 2020. Wikipedia contributors. "Yemọja." Wikipedia, The Free Encyclopedia. Wikipedia, The Free Encyclopedia, 21 Jun. 2020. Web. 26 Jun. 2020.
06:22
June 26, 2020

Anya Shepelavey Star Heart Healing
Anya is a local Certified Emotion Code Practitioner, Shamanic Healing Practitioner, Certified Angel Guide. Stephanie chats with her about her work in this short clip from the full length interview available at soulhouselove.com For mor info about Anya Star Heart and the work she does, visit starhearthealing.com
03:03
May 22, 2020

Helene V. Ramos of Shala Healing Arts
HÉLÈNE V. RAMOS is a Processworker, Certified Hypnotherapist, Healer, Reiki Master, guide, and mentor. This episode is part of a longer print interview by Stephanie Wood of Soul House Love. In this clip, Stephanie and Helene discuss evolving as a spiritual being, while also being a completely normal person navigating life.
04:45
May 18, 2020

Jan Wolfe The Elderberry Community Herbs and Healing
"Herbal Medicine For The Confused And Overwhelmed" This interview was completed pre-pandemic. Visit the Elderberry Blog for some post-COVID content from an herbalist perspective.  https://www.elderberryherbals.com/blog
03:27
May 14, 2020

Stephanie White, Tapping
Stephanie White is a practitioner of Tapping. Tapping is a modality that uses a specific touch to remove energy obstacles or imbalance along the body’s energy meridian; a concept that is integral in the practice of Traditional Chinese Medicine. Though it shares principles with acupuncture/pressure, tapping seeks to address the mind/body connection where emotional trauma and anxiety often reside.
02:58
April 30, 2020 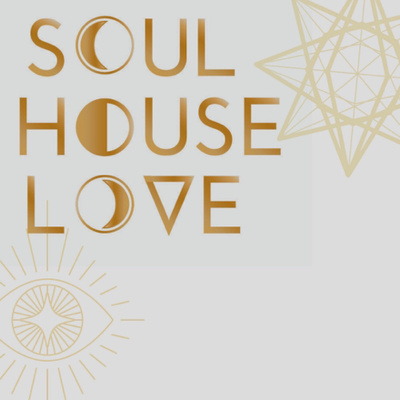 Valerie Sargent of The Fig Tree
Valerie is an intuitive healer, a reader of Akashic records and a hypnotherapist. Listen as she touches on these subjects, then continue by reading the full interview transcript at soulhouselove.com
02:40
April 22, 2020

Stephanie Wood of Soul House Love
Stephanie shares her story; discovering her passion, adapting to a complete change of surroundings, and what she hopes to achieve with the creation of C’Ville Gems.
05:18
April 19, 2020

Ashley Stinson Energy Archaeology
Ashley Stinson digs deep into  the places where  the ancient and the new are buried.  From her website: "Energy Archaeology helps you discover the gold within that looks like trauma, grief, or a bad knee. Inside each of these hurts is wisdom your body wants to share with you. You’ll follow these string lines to surprising places, in your physical and energetic body."
02:36
April 10, 2020

Local Gem: Anh Stanley of Pyramid
Anh Stanley on "woo casual", Having a Brick and mortar shop, tarot and truth, and the book that sparked a lifelong interest in the otherworldly.
02:25
March 11, 2020