Stained Glass Stories is a podcast centered around telling the stories of God's chosen people, focusing on a single character at a time, from Adam all the way to Jesus. Our desire is to effectively retell these stories in a new and refreshing way - providing the historical and theological context to each narrative and thereby enabling a deeper and more intimate understanding of the Word of God.

Contact us at stainedglassstoriespodcast@gmail.com for more information.
Listen on Spotify

The Story of the Tower of Babel
The earth is now recovering from this nearly apocalyptic event and Noah’s sons are working hard to populate the world. So, Shem, Ham, and Japheth all journey across the globe to establish their own territories. Shem and Japheth journey westward, however, Ham journeys east and by his descendent, Nimrod, eventually establishes the city of Babel in the Land of Shinar. We quickly learn that the people of this city desired to make much of their own name so they congregated their resources and built a tower of brick and mortar to reach the heavens where God abided. But this desire was in direct defiance to God's command to continually spread out and populate the earth. And of course we have the whole issue with "making much of their own name" instead of God's. This all seems like a recipe for disaster... Tune into our episode as we unravel the history of the city of Babel! Babel and Babylon Are the Same City – AFTER+MATH (chadashby.com) Definition of Hebrew Names: Eber | AHRC (ancient-hebrew.org) Why Was the Tower of Babel Built? (blueletterbible.org) What does Genesis 11:7 mean? | BibleRef.com
23:15
August 28, 2022

The Story of Noah: Reflection
The Story of Noah is filled with chaos and destruction. From the evil deeds committed by Sons of God and the Nephilim to the Curse of Canaan we understand that humanity is still in great need of redemption and the natural order of the world must be restored. So God brings upon the Great Deluge to once again recreate what was destroyed by humanity. But who are these "Sons of God" and what exactly did they do to receive the wrath of the flood? And what do the Nephilim have to do with any of this? That's not the only confusing element in this narrative. Why does God use a bow, a seemingly destructive weapon, to symbolize his covenant of peace with Noah once the flood subsided from the earth? And why is this bow now pointing up at the heavens? So many questions! Does anyone have the answer? We discuss all of this and more in our next episode as we reflect on the Story of Noah.  https://meredithkline.com/files/articles/Divine-Kingship-and-Genesis-6_1-4.pdf 15 FLOOD MYTHS SIMILAR TO THE STORY OF NOAH (mythoreligio.com) Yahweh, Creation, and the Cosmic Battle - Articles - BioLogos
38:11
August 10, 2022

The Story of Noah: The Curse of Canaan
The Flood has now subsided, and Noah has been commissioned to be fruitful and multiply and populate the earth. But before we read of mankind's dissemination across the earth, a very unusual story takes place in Noah's narrative. Ham, one of Noah's sons, goes into his father's tent while Noah is drunk with the wine of his vineyard and "looks upon his father's nakedness". Ham tells his brothers of this, and they proceed to take a garment and cover their father's nakedness while walking backwards. Upon waking up, Noah knows what Ham has done, but instead of cursing Ham... he curses Canaan, Ham's son. But what exactly did Ham do? And why did his son Canaan receive the curse from Noah? Was it taboo for sons to look upon their father's nakedness? What on God's green earth is going on here? Find out more on this episode in The Story of Noah! Resources: https://www-jstor-org.lp.hscl.ufl.edu/stable/30040989?seq=1 Albert I. Baumgarten, “Myth and Midrash: Genesis 9:20-29,” in Jacob Neusner, ed., Christianity, Judaism and Other Greco-Roman Cults, Studies for Morton Smith at Sixty, vol. 3 (Leiden: Brill, 1975), 55-71
30:32
July 14, 2022

The Story of Noah: The Flood
Mankind has proven to be wicked and full of corruption, but there is one man who has proven to be righteous before God. Noah and his family alone have found favor in God's sight, and they have been charged to build an ark to prepare for the impending flood that will wipe out humanity. So, the Great Deluge falls upon the earth for forty days and all flesh on the earth dies. But the story doesn't end there... Join us as we explore this infamous flood story and dive into the often-disregarded details that reveal the true heart of God. https://www.naturalnavigator.com/news/2008/12/raven-floki-and-the-wayfinding-birds-of-old/#:~:text=Floki%20Vilgerdarson%20was%20a%20Norwegian,proximity%20and%20direction%20of%20land. The Raven and the Dove • Torah.org What does Genesis 8:21 mean? | BibleRef.com https://ancientinsights.wordpress.com/2020/05/10/noah-and-the-flood-as-a-reversal-of-the-creation-week/
22:33
June 29, 2022

The Story of Noah: The Corruption of Mankind
Cain, having murdered his brother Abel, has dashed Eve's hopes that he would redeem them from the curse we read of in Chapter 3. But a new son is born to Adam and Eve, and Eve once again is hopeful that this son, Seth, can restore mankind and fulfill the prophecy of Eve's promised offspring. The question remains, can mankind truly rid themselves of the disease of sin that has plagued the earth? Tune is as we explore genealogies, learn about these strange beings called Nephilim, and uncover the increasingly evident theme that mankind simply can't get it right. Resources: https://www.blueletterbible.org/faq/don_stewart/don_stewart_719.cfm https://www.naturalnavigator.com/news/2008/12/raven-floki-and-the-wayfinding-birds-of-old/#:~:text=Floki%20Vilgerdarson%20was%20a%20Norwegian,proximity%20and%20direction%20of%20land. The Raven and the Dove • Torah.org What does Genesis 8:21 mean? | BibleRef.com How Big Was the Ark? | Noah's Ark: Beyond Flannelgraph (wordpress.com)
32:30
June 15, 2022

The Story of Cain and Abel: Reflection
Cain has proven once again that humanity is unable to conquer their sinful nature. By enraged jealousy, he has spilled the blood of his innocent brother and Eve is left wondering, if not Cain or Abel, then who will deliver them from the judgement pronounced upon humanity in Genesis 3? Join us as we explore the  themes that establish the foreshadowing of the true Messiah, whose blood will determinately deliver mankind from their curse - once and for all. Resources: https://www.academia.edu/3829177/Crouching_Demon_Hidden_Lamb_Gen._4_7 https://meredithkline.com/klines-works/articles-and-essays/the-oracular-origin-of-the-state/ Cain and Abel in Early Christian Memory: A Case Study in "The Use of the Old Testament in the New" TOM THATCHER Cincinnati Christian University Cincinnati, OH 4520
34:37
April 06, 2022

The Story of Cain and Abel
You may have heard the abhorrent tale of the two brothers Cain and Abel, but did you know that they might have been more than just bothers - maybe even... twins? It's a story often told, but it seems to leave more questions than answers. Questions such as, "When did God instruct his people to offer up sacrifice as a form of worship?" or "Where did they go to offer these sacrifices?" or even "Why was Cain's offering insufficient in the eyes of God?" We explore all this and more in this next episode of Stained Glass Stories.
23:50
March 16, 2022

The Story of Adam and Eve: Reflection
Tune in as we explore the depths of Adam and Eve's story and dig deeper into the big picture God is painting through these first three chapters in Genesis. We'll be discussing the intriguing similarities between the creation of our world and the creation of the tabernacle as well as answering the pressing questions, "Did Moses actually write ALL of the Torah?" and "Is the creation account in Genesis a copy of the Canaanite creation story?" Lastly, we hope to begin piecing together the advent of this mysterious offspring that will one day crush the head of the serpent and save mankind from their own demise.  The Temple and the Church’s Mission https://www.bemadiscipleship.com (2) (DOC) Canaanite Creation Story (also known as Phoenician/Syrian Creation story | Stephen Philip - Academia.edu (2) (DOC) Egyptian Creation Story | Stephen Philip - Academia.edu http://bet-ilim.blogspot.com/2012/02/creation-story.html Yahweh, Creation, and the Cosmic Battle - Articles - BioLogos What does Revelation mean when it says, “There was no longer any sea”? | GotQuestions.org 1960-4_208.pdf (biblicalstudies.org.uk) Who Wrote the Book of Genesis? | Zondervan Academic
53:29
February 23, 2022

The Story of Adam and Eve: The Fall of Mankind
Talking snakes, lying and deception, and a dramatic expulsion from the most luscious inhabitance the world has ever seen. Tune into this episode to hear more about the story behind The Fall of Mankind!
25:38
February 09, 2022

The Story of Adam and Eve: Creation
Join us as we explore the creation of our universe through the Genesis account! We will be addressing questions like: "Who wrote Genesis?" "What's with the expression 'there was evening and there was morning'?" and "How do we have "days" and even plants without the sun being created yet?" Lastly, we will be navigating through some of the critical ideas and themes in the Bible that are established in the story of Adam and Eve.
33:59
January 26, 2022

Stained Glass Stories: Intro
Stained Glass Stories is a podcast "devoted to telling the stories of God's chosen people - from Adam all the way to Jesus". You'll hear us repeat this phrase a lot throughout our expedition of the Biblical narrative as we present each story, because we believe it sets the tone for our vision and mission to expand the reach of the Gospel by telling stories of the Bible that we've come to know and love. We hope this trailer provides some insight into the inspiration and motivation behind starting this journey and encourages the listener to open their own Bibles to see the incredible treasures it holds.
05:04
January 19, 2022

The Story of King Saul: Episode 0 Part 4
This episode we will conclude our pilot series as we provide our own thoughts and reflections on the life of King Saul.
38:35
January 05, 2022

The Story of King Saul: Episode 0 Part 3
This episode has been published and can be heard everywhere your podcast is available. This episode we will be working through part 2 in our series in the life and story of King Saul. See links to maps used for research below. We have no affiliation with the entities who produced these maps. Bible Maps | Precept Austin "Kingdoms of Israel" 4. The Empire of David and Solomon
33:43
December 22, 2021

The Story of King Saul: Episode 0 Part 2
This episode we will be working through part 2 in our series in the life and story of King Saul. See links to maps used for research below. We have no affiliation with the entities who produced these maps. Bible Maps | Precept Austin "Kingdoms of Israel" 4. The Empire of David and Solomon Other links referenced in Part 2 Land of the Bible Goliath's Spear (goliathsspear.com)
30:02
December 08, 2021 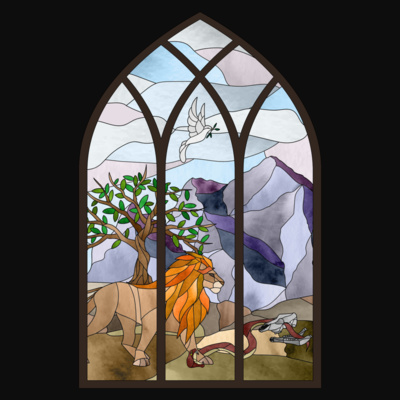 The Story of King Saul: Episode 0 Part 1
This episode we will be working through part 1 in our series in the life and story of King Saul. See links to maps used for research below. We have no affiliation with the entities who produced these maps. Bible Maps | Precept Austin "Kingdoms of Israel" 4. The Empire of David and Solomon
54:55
November 23, 2021