By Terri Lee Chandler
Terri Lee Chandler has been a professional film critic since September of 2011. She is a member of the Critics Choice Association, the largest film critics group in the U.S. and Canada; the African American Film Critics Association; National Association of Black Journalists and SAG-AFTRA. Terri is also the founder of the I See You Awards®, which recognizes and rewards the accomplishments of independent filmmakers, and a former guest MC (movie critic) for Fox 2 News in Detroit.

In this podcast, Terri talks movies and more!
Listen on
Website

Actress and TV Personality Vanessa Lachey Gives Us a Sneak Peek at Her New Lifetime Movie and Thanksgiving Plans
Normally, as my regular listeners know, I'm talking about movies in new episodes that are released on Friday of each week.  But today, in honor of the Thanksgiving holiday, I thought 'why not do something a little bit different'?  So, joining me in this special holiday podcast, is television personality, television host and actress Vanessa Lachey.
05:37
November 25, 2020

Independent Filmmaker Kyle Couch talks with Terri about what he's thankful for this Thanksgiving
With 2020 being nothing like we've ever experienced before, Terri wanted to find out what independent filmmakers have to be thankful for this year.  In  this episode of Terri Talks Movies, Terri spoke with indie filmmaker Kyle Couch, and he told her that he has plenty to be thankful for this Thanksgiving.   Couch also gives Terri the lowdown on how he and his team landed a sales agent and distribution deal for his very first feature film, "The Tent".
17:03
November 20, 2020

Review of Operation Christmas Drop
There's no better time than the present to get into the Christmas spirit.  In this edition of "Terri Talks Movies," Terri has just the movie that'll do the trick: "Operation Christmas Drop," streaming on Netflix, which stars Kat Graham, Alexander Ludwig and Virginia Madsen. NOTE: Terri does not own the rights to any of the music included in her review.
02:49
November 13, 2020

Terri Reviews "Let Him Go" starring Kevin Costner and Diane Lane
You've been hearing about it and seeing the ads for awhile, and now "Let Him Go," co-starring Kevin Costner and Diane Lane, is available in theaters. Following is the synopsis provided by the studio: "Following the loss of their son, retired sheriff George Blackledge (Costner) and his wife Margaret (Lane) leave their Montana ranch to rescue their young grandson from the clutches of a dangerous family living off the grid in the Dakotas, headed by matriarch Blanche Weboy. When they discover the Weboys have no intention of letting the child go, George and Margaret are left with no choice but to fight for their family. Directed by Thomas Bezucha." Is the movie worth checking out?  Terri has the answer, as well as a look back at the careers of co-stars Costner and Lane.
05:36
November 5, 2020

Terri Talks Halloween Movies and More with Special Guest Rob Wlasuk, aka "Pickle"
Terri and "Pickle" discuss some of their favorite Halloween movies.  And, since they share the same birthday, October 30, they talk about some well-known celebrities who also share their birthday.
17:19
October 30, 2020 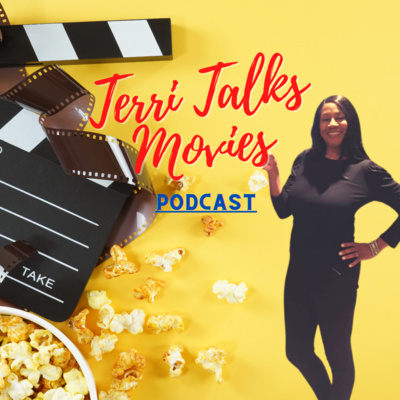 Johnny English & Hunter Killer
Terri Lee talks about Johnny English Strikes Again and Hunter Killer. Johnny English Strikes Again is a 2018 action comedy film directed by David Kerr. A sequel to Johnny English Reborn (2011), it is the third installment of the Johnny English series. The film stars Rowan Atkinson in the title role, alongside Ben Miller, Olga Kurylenko, Jake Lacy and Emma Thompson. The film follows the titular MI7 agent who is called into action when all undercover operatives are exposed in a cyber attack. Hunter Killer is a 2018 American action thriller film directed by Donovan Marsh, written by Arne Schmidt and Jamie Moss, and based on the 2012 novel Firing Point by Don Keith and George Wallace. The film stars Gerard Butler, Gary Oldman, Michael Nyqvist (in one of his final film roles), Common, Linda Cardellini and Toby Stephens, and follows a submarine crew and a group of Navy SEALS who rescue the captured Russian President from a coup.
02:44
October 21, 2020

Game Night
Terri Lee talks about the movie Game Night. A 2018 American action comedy film directed by John Francis Daley and Jonathan Goldstein and written by Mark Perez. It stars Jason Bateman and Rachel McAdams, and follows a group of friends whose game night turns into a real-life mystery after one of them is kidnapped by apparent burglars.
02:06
October 21, 2020