Hosted by Ana Diamond, a true third culture kid, a professional nomad, and a cultural mediator with intent (@IAmAnaDiamond).

Note: The views expressed by guests are their own and their appearance on the podcast does not imply an endorsement of them or any entity or opinion they represent.
Listen on 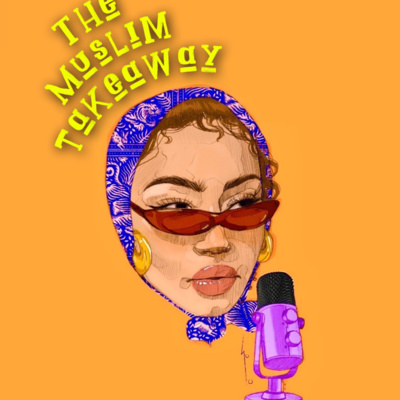 1.6. NHS Junior Doctor on COVID19, Pfizer Vaccine, and The Urgency to Fight Against Disinformation
In this week's episode I am in conversation with Jibril Ibrahim, a junior doctor at the NHS. Born to Somali parents, Jibril was brought up in Norway but has lived in the UK for the formative years of his life and has decided to build his career by working in the NHS (yay!). He has always been interested in biology and medicine, and becoming a junior doctor in December 2020 was a dream come true for him and his whole family. In this episode, we talk about what it has been like to work for the NHS during a global pandemic and what it felt like to finally receive the COVID19 vaccine, a huge leap toward immunisation. The UK Vaccine Programme has been described as the largest one in British history and one of the most efficient ones in the world, so there is a lot to talk and that’s exactly what we did! Listen in, and if you want to chime in, holla at us on Twitter at @MuslimTakeaway. You can find Jibril there, too, @Jibrillliant.  * Disclaimer on all episodes: The views expressed by guests are their own and their appearance on the podcast does not imply an endorsement of them or any entity or opinion they represent.
48:58
February 16, 2021 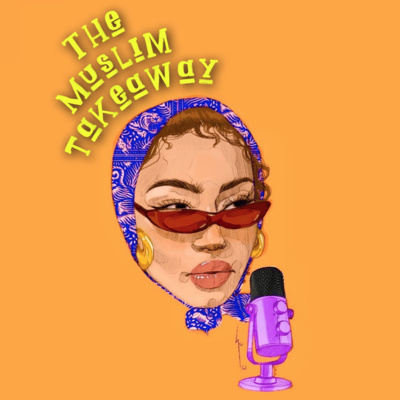 1.5. The Salam Project: Challenging Islamic Extremism and Radicalisation
In this week's episode I am interviewing Mr Ismael Lea South. Ismael is a community organiser and a cultural organiser, and the co-founder of the Salam Project.  Born to Christian parents with Jamaican heritage from the Windrush era, Ismael embraced Islam in the early 1990s. He noticed a wave of Afro-Caribbean and White English and Irish converts to Islam, only that a majority were not getting the right information or support from legitimate Muslim organisations.  Set to become a banker with a scholarship from the Bank of England, Ismael left a promising career in finance to focus on improving youth work in the UK and raising awareness of ideological grooming, indoctrination, and exploitation that took place in the houses and mosques of those that deemed themselves righteous Islamic scholars (most, however, were not).  This episode was very special to me because I personally learned so many things from Ismael. We touched upon how converts from BAME or working class backgrounds have very different social circles and experience than those who are middle-class or white, and how anti-extremism work requires case by case attention and understanding. His emphasis is to build a safe environment for Muslim converts and reverts so that they would have the option to know Islam without any political or ideological doctrine attached; he is keen to challenge the narratives endorsed by extremist groups such as ISIS or Boko Haram, and wants to demonstrate how you can be a Muslim and still live a fulfilling life in the West without the urge to vilify another faith group or political entity.  Ismael has specifically said the following charities are worth donating to, and that they do valuable work within our communities. For those interested: - National Zakat Foundation - BCBN Foundation - Aziz Foundation  * Note: The views expressed by guests are their own and their appearance on the podcast does not imply an endorsement of them or any entity or opinion they represent.
01:13:12
January 31, 2021

1.3. Healing (with) the Earth: Climate Change and Plant-Based Lifestyle
In this week’s episode, I invite Eman Al-Sibassi to share with me her holistic world of activism – for the environment, for the climate, and for healthy living. Eman is a civil servant, working in International Climate Strategy, and she is also an advocate for intuitive, plant-based eating and health-conscious life choices. She seeks her inspiration not from today’s fleeting social media trends, but from our Islamic traditions to connect with the earth, to ground with the nature, and to work in synchrony with what our body (and mind) needs and with what the nature offers in return. We also briefly dab into what the faith communities are doing to mitigate climate change within their own capacity (shout-out to Cambridge Central Mosque for being the first European eco-mosque!) If you are to take one lesson from this conversation and save it on your doc file (there are many very quotable moments!), please let it be this: “Awareness is key in every facet of life; having conversations with others about topics that they don’t necessarily know much reduces ignorance and increases understanding […] you share the responsibility with them to do something.” Eman also runs a very inspiring business called “Beiroot”, offering plant-based delicious food. You can support her business by sliding into her DMs @beirootveganfood on Instagram!  Note: The views expressed by guests are their own and their appearance on the podcast does not imply an endorsement of them or any entity or  opinion they represent.
39:45
October 18, 2020

1.2. Reclaiming the Hijab: Overcoming Misogyny, Finding Empowerment
This week I was in conversation with Khadija Hasan, a young community organiser and a radio presenter from London. She has previously worked to centre the voices of Muslim women in the public realm, and to reclaim what she calls the 'hijab narrative'. Khadija says that we should avoid interpreting the hijab reductively as only a physical garment; that it is a lifestyle, and an act of devotion and submission to God, both by men and women. She is conscious that reducing the meaning of hijab to only something superficial panders to the male gaze, and borders gender discrimination and even victim-blaming. While we talked more about the problems we were aware of and how they needed fixing at home (within our own Muslim communities), we couldn't help but recognise that there is a need for intersectional and cross-cultural support for the predicaments Muslim women face across the world. What is certain amidst all the uncertainty, was that hijab had become increasingly politicised and incentivised for all the inaccurate reasons. Girls and women are being hurt because they wear the hijab, but just as equally there are girls and women being hurt for taking the hijab off. These incidents are the products of long-standing and structural but disguised misogyny, only manifesting themselves with slight variations depending on the social and the geographical context. Please let me know what you think of this episode! You can find The Muslim Takeaway on Twitter and Instagram @MuslimTakeaway. Cover art provided by the talented Syrian artist, Hala Maher Yehia. Note: The views expressed by guests are their own and their appearance on the podcast does not imply an endorsement of them or any entity or  opinion they represent.
35:31
October 4, 2020 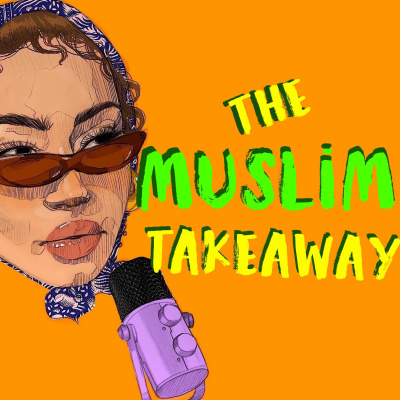 1.1. Welcome Episode: Meeting the Host and Introduction
Welcome to the first episode of The Muslim Takeaway, a brand new podcast for all the outspoken millennial Muslims from across the world! I am your host, Ana Diamond, and will be bringing you some incredible individuals from our very own Muslim community in order to embrace Muslim voices, experiences, and perspectives on palpable issues such as COVID19, climate change, marriage (and dating), and (halal) careers and informed political engagement. You can find us on Twitter @MuslimTakeaway! Please send your suggestions for improvement, OR if you want to be interviewed, drop us a DM! Note: The views expressed by guests are their own and their appearance  on the podcast does not imply an endorsement of them or any entity or  opinion they represent.
07:01
September 24, 2020