By VDOT O2
Conversation Pace is brought to you by the team at VDOT O2, a coaching app for runners of all levels, leveraging the science and training paces of legendary coach Dr. Jack Daniels.

Our podcast brings you the stories behind athletes and coaches who have made a mark in the sport of running. We cover the circumstances, timing and situations that led them on this journey. Discover the keys to their success, what inspired them along the way and gain insights into the minds of these exceptional individuals. 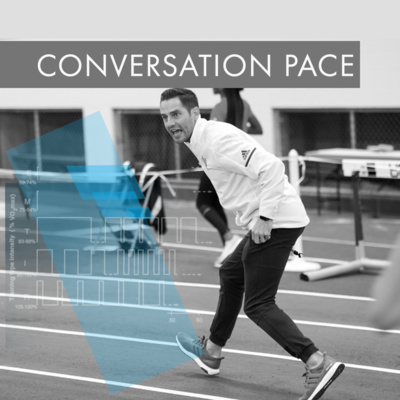 Cory Leslie
Cory Leslie is the Head Cross Country Coach at Arizona State University and a former professional runner for Nike. He’s made four U.S. teams including a bronze medal at the 2015 Pan Am Games. He has personal bests of 3:53 for the mile, 8:19 in the steeplechase, and 13:38 in the 5k. Cory’s coaching career began at Furman University where he spent five years working with 2-time Olympian Robert Gary. At Furman, he helped guide the men's and women's cross country teams to six Southern Conference titles and two NCAA Championships appearances. In 2015, the men cracked the USTFCCCA top-15 and finished 13th at the NCAA Championships. In 2019, Cory coached Will Paulson to a PB of 3:36 in the 1500m, a Canadian 1500m national title, and the bronze medal at the Pan Am Games. That same spring John Reniewicki set the school record in the 10k in 28:42 and qualified for his first US Championships. He also helped Jackson Neff reach the Olympic Trials with a marathon PB of 2:17:21. You can learn more about his private coaching services at:  https://coaches.vdoto2.com/Cory_Leslie Producer:  Andre Laboy Song:  Breakadawn, by Mike Quinn
1:00:37
July 1, 2020 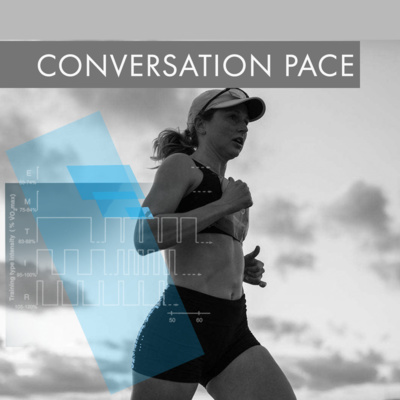 Rebeka Stowe
A native Kansan, Rebeka attended the University of Kansas, where she competed and trained from 2008-2012. Under the direction of Coach Michael Whittlesey, Rebeka's career as a Jayhawk flourished, earning a Big 12 Steeplechase Title in addition to Academic and Athletic All-American Honors. Her time as a Jayhawk came to an end 2012 US Olympic Team Trials, as a finalist in the Steeplechase. Off the track Rebeka earned a number of honors, being recognized as a University of Kansas Woman of Distinction, Female Senior Scholar Athlete of the Year, and University of Kansas Outstanding Female in Athletics. Rebeka was also named to the Big 12 Community Circle of Champions Circle. Following her time at Kansas, Rebeka moved to the East Coast to pursue her professional running career under the supervision of Frank Gagliano, Tommy Nohilly, and the New Jersey New York Track Club. Three years later, after narrowly missing the 2016 Olympic Trials she chose to stay on the East Coast to build as a coach. Athletically, she continued training with the direction of Jason Vigilante at Princeton University. In 2017 Rebeka qualified for her 7th US Outdoor Championships where she competed in the Steeplechase. She is currently training for the 2021 Olympic Trials. She continued to learn and diversify as a coach upon her move to the East Coast. Stowe began working with local youth programs, and spearheaded the development of a high school running program in the Princeton, NJ area. Rebeka currently works with runners of various backgrounds, ages and aspirations, both individually on VDOT O2 and as a coach with NIKE Running in New York City. You can learn more about her private coaching at:  https://coaches.vdoto2.com/rebeka-stowe Producer:  Andre Laboy Song:  Breakadawn, by Mike Quinn
1:05:05
June 24, 2020 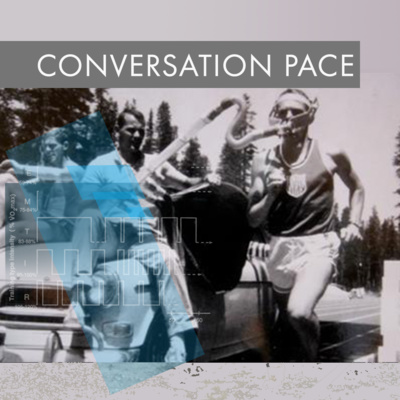 Luck of the Draw, Part 2
Luck Of The Draw, an autobiography by Jack Daniels, is now available online. Jack's family, his accomplishments, his profound impact and his humility, laid bare in the preface of his book, are the story of an American icon. "You might find the title of this somewhat off. However, I think you will find as you read this autobiography that many aspects of my life and experiences must be characterized with some luck - luck of timing, circumstances, and situation. Many people who have read my books on running or who have attended clinics and camps where I have spoken often ask how I got into coaching as a profession. As you will see, the answer to this question is a rather lengthy and complicated tale. It is my hope that this book will answer most of these inquiries." In this episode we pick up with Jack's story to learn how he got into research and coaching and how his coaching approach evolved over the years. We discuss his time at Nike and get into his days at Cortland where he made his mark on the coaching world. This is where it all comes together. Producer:  Andre Laboy Song:  Breakadawn, by Mike Quinn
1:15:11
June 4, 2020 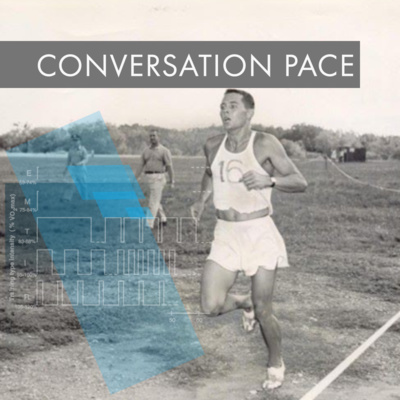 Luck Of The Draw, Part 1
Luck Of The Draw, an autobiography by Jack Daniels, is now available online. Jack's family, his accomplishments, his profound impact and his humility, laid bare in the preface of his book, are the story of an American icon. "You might find the title of this somewhat off. However, I think you will find as you read this autobiography that many aspects of my life and experiences must be characterized with some luck - luck of timing, circumstances, and situation. Many people who have read my books on running or who have attended clinics and camps where I have spoken often ask how I got into coaching as a profession. As you will see, the answer to this question is a rather lengthy and complicated tale. It is my hope that this book will answer most of these inquiries." In this episode we start from the very beginning; his earliest memories. We then build through his childhood, college life to entering the Army and then competing at the Olympics.  Producer:  Andre Laboy Song:  Breakadawn, by Mike Quinn
1:18:40
May 22, 2020 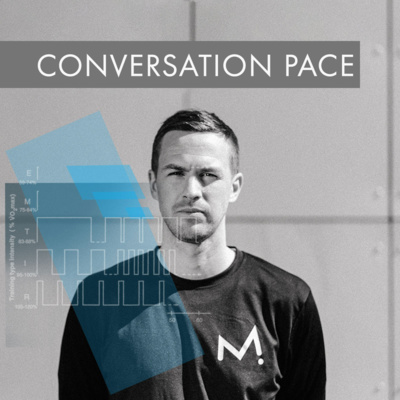 Tobias Christensson
Tobias Christensson is Head of Nutrition at Maurten. He holds masters degrees in clinical nutrition, sports science and sports nutrition. He's also part of the R&D team at Maurten, a company driven by science and technology.  Maurten has taken the industry by storm in the past three years, most notably fueling Eliud Kipchoge’s sub-2 hour marathon and WR performance in Berlin. In this episode, we discuss living and training in Sweden, Tobias' background, fueling for performance and specifically the science and technology behind Maurten's hydrogel, which they claim allows you to absorb more carbohydrates without triggering GI issues. Song:  Breakadawn, by Mike Quinn
45:03
May 13, 2020 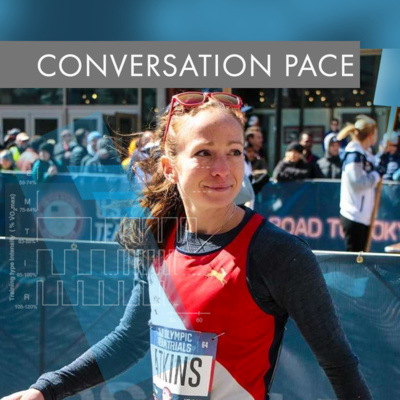 Esther Atkins
Esther Atkins is one of the most decorated runners in Case Western Reserve history, earning six All-American titles and the 2008 DIII National Championship in the 10k. Since then she's gone on to win the U.S. Championship in the marathon, qualify for the Olympic Trials three times and represent the U.S. at the world marathon championships in Beijing. Her marathon PR is 2:33.  In this episode we talk about what led to her top successes and how taking some risks really backfired. Esther talks about expectations and how being in the right environment were critical to her success and fulfillment in the sport. She's currently transferring all her knowledge and experience on VDOT O2 as an online coach with McKirdy Trained.  Connect @erbyatkins. Song:  Breakadawn, by Mike Quinn
53:05
May 7, 2020 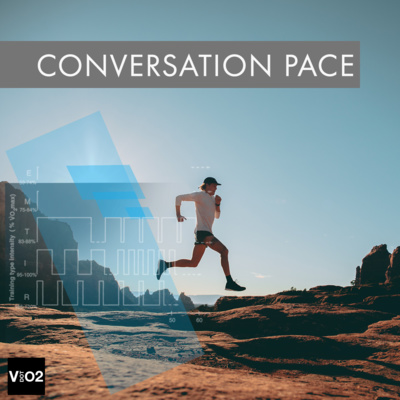 Stephen Kersh
Stephen Kersh is a co-founder and photographer at rabbitwolf creative. He’s a former collegiate runner for the University of Portland and Georgetown. Upon graduating from Georgetown, he headed west to Flagstaff, Arizona to pursue his dream of competing at the 2016 Olympic Marathon Trials. Since then he’s called Flagstaff home, become a VDOT Coach and transitioned to ultra-marathon running. In this episode, we explore the different training philosophies and methods Stephen endured. He was a bit undertrained in high school, then ran at two top caliber collegiate teams with very different approaches. Stephen talks about how he adapted and then transitioned into one of the best ultra runners in the country. Beyond competing as an athlete he’s busy contributing to the sport as an author at CITIUS MAG and through his photography and videography at rabbitwolf. This summer his team will unveil, “A Time and a Place,” a film documenting HOKA NAZ Elite’s journey to the Olympic Trials in the Marathon. Connect @stephenkersh or at his coaching page: https://coaches.vdoto2.com/stephen-kersh Song:  Breakadawn, by Mike Quinn
59:08
April 28, 2020 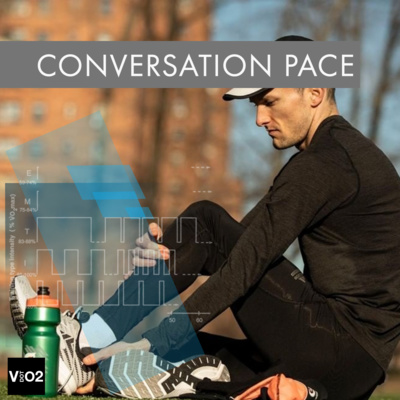 Blake Dircksen
Blake Dircksen is a licensed physical therapist at Bespoke Treatments in NYC. He's also a VDOT Coach and athlete at NYAC. He competed at Indiana University and received his Doctor of Physical Therapy at NYU.  Blake consults and treats a lot of athletes on VDOT O2 today. In this episode, we talk a lot about how he’s adapting his approach as a PT in the age of COVID-19 and how a PT can be effective in a remote capacity. Blake was a big proponent of “digital health” even prior to this global pandemic. We also talk about what athletes can be doing at home in regards to prehab, how to incorporate strength into your routine and why the concept of “load management” is the centerpiece of his approach. Blake's response to most injuries as a PT comes in the form of modifying their training loads and manipulating their training stressors - just like a coach would.  To learn more about Blake you can connected with him :  http://www.blakedircksen.com/training.html Song:  Breakadawn, by Mike Quinn
52:59
April 22, 2020 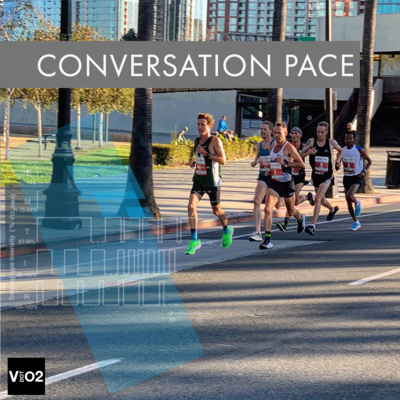 Harvey Nelson
Harvey Nelson graduated from Northern Arizona University in May of 2019 with a B.S. in Exercise Science. He was part of the 3-time NCAA National Championship cross country team and still resides and trains in Flagstaff, AZ.  We interviewed Harvey the night before the Olympic Trials in Atlanta one block from the start/finish. He was sitting there ready to run the biggest race of his life the next day. Even better, he had never even run a marathon before. Harvey exploded onto the road racing scene with a 1:01:46 at the Houston Half Marathon. This is a guy who never made top 7 of his XC team in college. How did he improve so quickly? We dig in. To learn more about Harvey and connect with him on VDOT O2 visit his coaching profile page:  https://coaches.vdoto2.com/harvey-nelson Song:  Breakadawn, by Mike Quinn
52:56
April 15, 2020 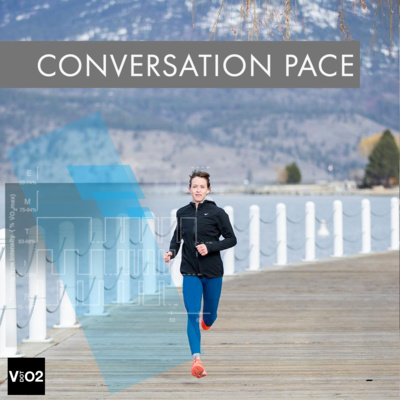 Malindi Elmore
Malindi Elmore has been running competitively for over two decades and until recently was best known for her middle distance personal bests, national titles and qualifying for the Olympics in the 1500m. The 40-year-old native of Kelowna, British Columbia and mother of two boys had retired from competitive running but then got pulled back in by the adventure/challenge of an Ironman. From there she transitioned to road running and shocked the world with a new Canadian record in the marathon (2:24:50).  In this episode we speak about managing during this time of crisis, social distancing, parenting, and how to adjust training and communicate with your athletes during this crazy time. We then dig into her story starting with how she got hooked into running and competing. We talk about her struggles transitioning to collegiate running at Stanford, to making the Olympics in the 1500m and how the perfect storm of life events led to the fastest female marathon time ever by a Canadian.  This is someone who would have laughed at the thought of even running a marathon earlier in her career. Song:  Breakadawn, by Mike Quinn
1:02:02
April 8, 2020 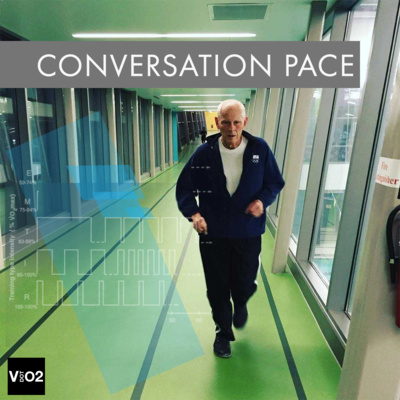 Checking In With Jack
First up, the legend Dr. Jack Daniels. How could we launch our podcast with anyone else? Jack is a partner in VDOT O2, an inventor and scientist behind the formulas that power the VDOT paces and equivalent performances. Many of you already know a lot about Jack and his background as an Olympian and world-renowned exercise scientist and famous running coach.  In this episode we check in with Jack to see how he’s holding up during this tumultuous time. He’s turning 87 next month. We talk about his daily routine now, shoveling snow in upstate NY, physical education and why he became a running coach. As always with Jack, the conversation leads to some great coaching and running tips.  Song:  Breakadawn, by Mike Quinn
36:52
March 29, 2020