By Naghmi Shireen
Make Change Studio formerly known as Business of Design is a collection of 4 courses that are run under the supervision of Charles Chang Institute for Entrepreneurship.

The Charles Chang Institute for Entrepreneurship is an interdisciplinary home and academic hub for entrepreneurship and innovation at Simon Fraser University.

Make change studio is a product of a collaboration between Beedie School of business and the School of Interactive Arts and Technology, at Simon Fraser University.
Listen on 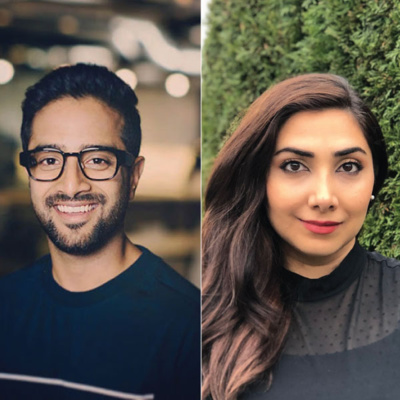 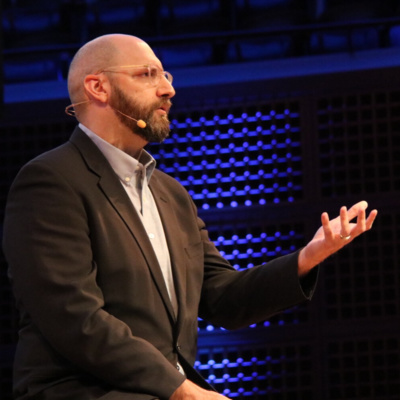 Episode 08: Make Change Studio with David Bland
My guest today is David Bland. David is an author, a founder, a researcher and a leader. In 2015, he founded Precoil to help companies find product-market fit using lean startup, design thinking and business model innovation. David has helped hundreds of teams test new products and businesses at companies such as General Electric, Toyota, Adobe, HP, Behr and more. David is the co-author of Testing Business Ideas, a business book with Alexander Osterwalder. Prior to advising, David spent over 10 years of his career scaling technology startups. He continues to give back to the startup community by teaching at several accelerators in Silicon Valley.
35:15
April 14, 2021 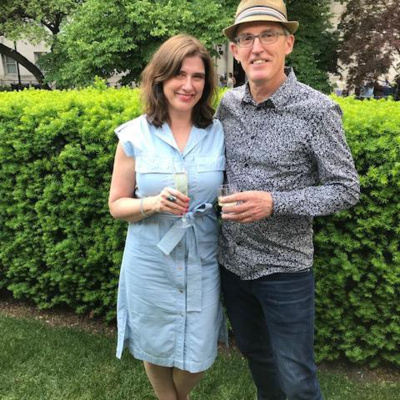 Episode 07: Make Change Studio with Lynn and Matt Warburton
My guest today is a couple. Lynn Warburton and Matt Warburton.  They are the co-founders at Emdoubleyu Communications + Design, a Vancouver-based design consultancy firm. At Emdoubleyu, Matt works as the principle designer and Lynn is the managing partner. Alongside Emdoubleyu, Matt manages a design team at UBC that looks after the university branding and marketing. Matt is also a part-time instructor at Emily Carr University and BCIT, where he teaches a course called Design Essentials. He is an active member of GDC - an association of Graphic Designers and chairs the national ethics board along with other responsibilities including managing the newsletter and their social media. ———————————————————— Lynn Warburton is an expert in engaging stakeholders in values-based conversations. Her clients are municipalities, institutions, businesses and non-profits. She’s an advocate for social innovation through sustainability, diversity and health care. Alongside Matt, Lynn develops brand platforms, campaigns and messaging for City of Surrey and leads signature projects both at SFU and UBC.
01:10:23
March 18, 2021 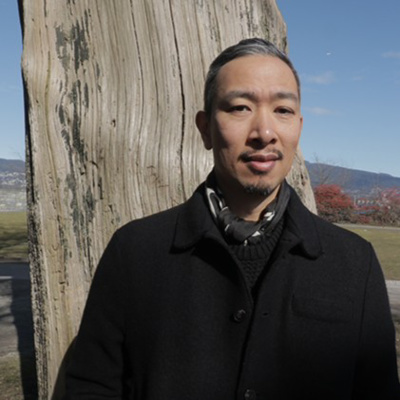 Episode 06: Make Change Studio with John Bondoc
My question today is how do designers survive in an industry environment, where there is often very little time to stop and take a breadth? In such a fast paced setting, how do we expect designers to not only just survive but innovate? To answer this question, my guest today is John Bondoc. John has a double bachelors, one in Psychology from UBC and the other in Product Design from an arts school in California. He finished his masters in Digital Media from CDM, which is run in collaboration between UBC, SFU and Emily Carr University. John is a design professional, an educator and an entrepreneur. During his career, John has been involved with many companies in various roles, including being a creative director, head of the design department and currently, he works as a UX designer with Teck Resources. During his career, John has co-founded two ventures, one with the name of ASIF, that is As seen in Future, which is an LA based streetwear brand. And the second venture is called Saturna Outdoor Research that helps create commercial consumer products that are socially responsible and environmentally friendly. John has been involved in educating next generation of designer and currently teaches issues in contemporary design at Emily Carr. John also mentors Make Change Students at SFU.
01:02:14
March 3, 2021 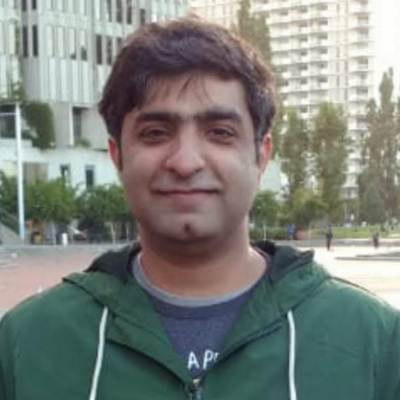 Episode 05: Make Change Studio with Asad Aftab
My question today is how do we know exactly what our passion is? How to detach ourselves from an idea in pursuit to discover our vision? How do we know its time to pivot? Is your passion more important or your idea? Are they the same thing? To answer these and many more questions, my guest today is Asad Aftab. Asad is a graduate from the University of Warwick, who started his entrepreneurial journey at the age of 18, long before he even knew his passion was to study the business sides of things. Mistaken to believe he was born to learn English literature and write poetry, somewhere along the way, he found out he was actually good at exploring his entrepreneurial mind. Till date, Asad has co-founded 10 companies around sports, textiles and digital marketing. Recently when the Pandemic hit, Asad’s years of experience and wisdom, helped him to quickly pivot and launch a made-to-wear sports garment under the existing umbrella of his current company called Rage Customs. Without further due, let’s hear more on Asad’s journey of entrepreneurial experiments to know more on what has he learned so far.
48:27
February 19, 2021 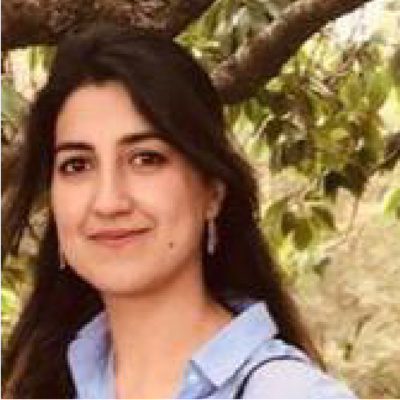 Episode 04: Make Change Studio with Iman Shoaib
My question today is how do we start small and slow. How can we be consistent in our efforts to improve our products, services or whatever that we offer through our venture, to achieve the desired results. I always wanted to have a conversation with a person, who knowing that we are in a pandemic situation worldwide, steps into the unknown realms of starting a venture and making it a success. To explore our question further our guest today is Iman Shoaib, who is a research scientist by education with a background in Biotechnology. During her education, she worked briefly with a state-of-the-art molecular laboratory ‘Sime Darby’ in Malaysia, before she moved to Pakistan, where she worked as a Research Scientist at an Armed Forces Institute of Pathology Rawalpindi under the Department of Forensic Medical Science. There she got an opportunity to be involved in several molecular diagnostic procedures including Next Generation Sequencing (NGS), library preparation and identifying common regions of cancer genes persisting among Pakistani population. She was honoured to be selected by the National Academy of Sciences Engineering and Medicine in Washington DC) for a training program that is run in collaboration with National Institute of Health Sciences (NIH Pakistan) and Kenya Medical Research Institute (KEMRI, Kenya). During all of this, there has always been this innate desire to investigate the skincare products that lead to the countless hours she spent on formulating and integrating skincare regimes which she now proudly shares with others. As a scientist, having more than 8 years of hands-on experience in the field of research enabled Iman to understand and appreciate the amazing properties of organic plant based essential oils. Iman’s passion about skincare and balanced nutritional lifestyle lead her to start working on products made from pure ingredients that she would personally use herself and would share with people closed to her. This initial exploratory venture later evolved into ‘IORA soaps and balms’. IORA aims to help individuals address long-term skin conditions like acne, eczema, psoriasis and dermatitis as well as hair loss issues. Her products aim to provide aromatherapy along with topical solutions to help invigorate the mind, body and soul. IORA is proud to offer eco-friendly packaged products, 100% organic, vegan and free of preservatives.
30:06
February 9, 2021

Episode 03: Make Change Studio with Samarth and Yasamin
We have two guests today, Samarth Singhal and Yasamin Hashmet. Both of them are the graduates from SIAT, SFU. Samarth is currently a senior design researcher at Unity, which is a real time development platform for 2D, 3D, and virtual environments, such as AR and VR. Having a Masters in human-computer interaction from SIAT, Samarth got a chance to work with big tech names such as North, which is acquired by Google, Microsoft Research, Samsung, and Curatio. Samarth’s research interests lie at the intersection of human-computer interaction, ubiquitous and wearable computing, and 3D systems. In his current role, he is part of the Unity Create Solutions exploring the potential and possibilities of real-time 3D technologies to transform non-gaming industries. Yasamin is currently a UX researcher at Electronic Arts here in Vancouver. She received her PhD. From the school of Interactive Arts & Technology in Simon Fraser University where she explored domestic technologies such as friends geocaching with telepresence robots, telemedicine, and family communication over different time zones. During her PhD, she designed and created three different computational artifacts for family storytelling over different time zones. During her master's, she also developed machine learning algorithms to improve recommender systems based on Yelp Dataset. Her work at EA includes designing new prototypes for games, running usability studies, answering different research questions for creating a game from early stages to full release including evaluating features, highlighting the needs of players, and so on.
49:06
February 2, 2021 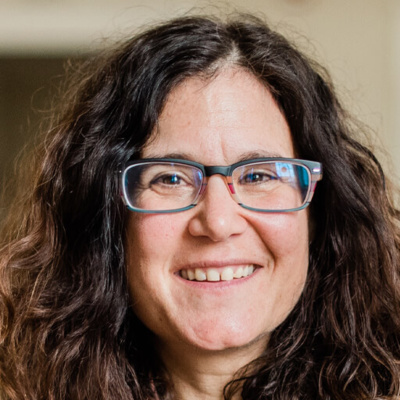 Episode 02 - Make Change Studio with Rachael Miller
Today’s guest is Rachael Miller who wears many hats. She is an Adventurer, a Researcher, Oceanographer and Anthropologist. Rachael Zoe Miller is an expedition scientist, inventor and National Geographic Explorer. She also happens to be a successful entrepreneur. She is the co-founder of the Rozalia Project for a Clean Ocean and co-inventor of the Cora Ball, the world’s first microfibre-catching laundry ball. She is focused on protecting the ocean, specifically addressing the problem of marine debris through cleanup, prevention through education, embracing innovation and technology, and solutions-based research in urban and coastal waters from surface to seafloor. Over the last 10 years, Rozalia Project has removed more than a million pieces of trash from waterways and inspired over 45,000 people through direct programs. Miller has shared her team’s work at many known platforms including the International Marine Debris Conference, Underwater Intervention, Alaska Forum on the Environment, Microfiber Summit at the Parliament in London, and TEDx. She and her team have received multiple awards and recognition, including the VIPS Award for Best VideoRay PR Story for using ROVs - which basically are under water robots to find and remove marine debris. She has been named an Ocean Exemplar by World Ocean Observatory, and winner of the Most Innovative Idea in Microplastics from Think Beyond Plastic. Miller holds a USCG 50-ton master captain’s license and captains the 60-foot sailing research vessel, American Promise. Her academic background is in marine studies and underwater archaeology.
01:28:41
January 26, 2021 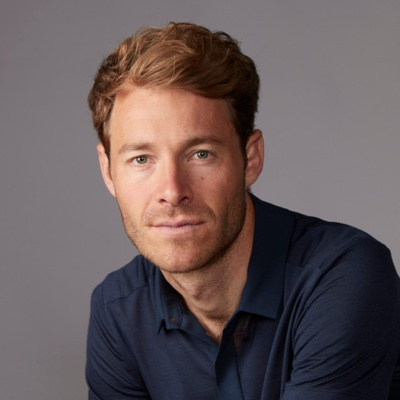 Episode 01: Make Change Studio With Drummond Lawson
This episode is a part of the Make Change Studio Podcast Series. Today’s guest is Drummond Lawson, who is the Chief of Staff and the Director of Sustainability at Arc’teryx. Drummond has a bachelors in Chemistry and Environmental Sciences from the University of Calgary. He has a masters in Environmental Chemistry and another masters in Business in Sustainability from University of Cambridge. Drummond has worked with Cradle to Cradle, which is a product innovation institute that supports innovation for circular economy through products that have positive impacts on people and planet. Drummond has served for this organization as a research scientist. Later Drummond has served in various leadership roles throughout his career. He has spent a good chunk of his time in San Francisco Bay Area where he has worked as a Director of Sustainability for a company called Method’s product, with a vision to make this world a cleaner, greener and more colourful place. For the past 7 years, Drummond has been here in Vancouver where he works with Arc’teryx. Arc’teryz is a known company that produces technical and high performing outdoor clothing and equipment. He serves there as a Chief of Staff, where his role focuses on internal transformation and strategy implementation.
39:00
January 18, 2021