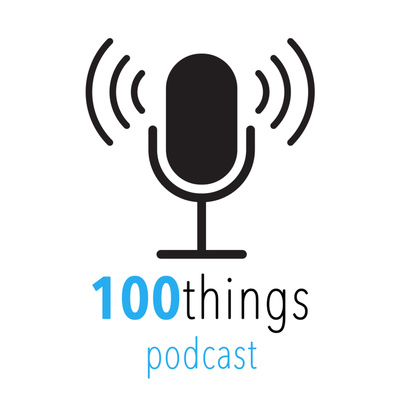 By SEBASTIAN TERRY
Welcome to the 100things Podcast, a tongue in cheek, behind the scenes chat with the most colorful, interesting and kind characters involved with the craziest goals from Sebastian Terry's "100 Things" list.

Over the years, Sebastian has shared his story with millions of people from stages, in books and on TV screens, but he's never done this!

From uncovering the untold stories to shining a light on what makes these amazing people tick, this is 100things Podcast. 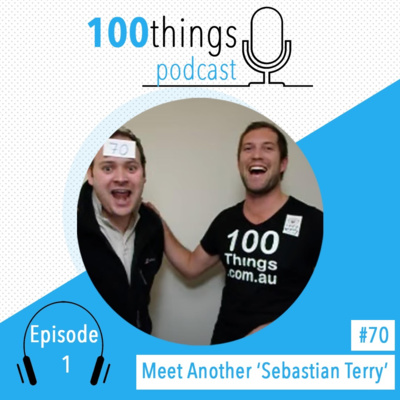 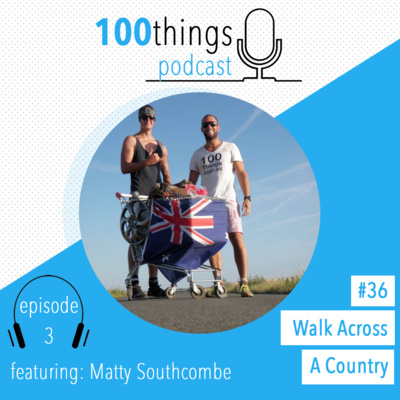 100things Podcast Episode 3: List Item #36: Walk Across a Country
If walking across France while pushing a shopping trolley named ‘Trojan’ isn’t a strange enough story to listen to by itself, hear how Seb and his 6’8 mate Matty (aka ‘Treeman’) navigated train tunnels, commandeered a plane and experienced the kindness of complete strangers as they limped from Switzerland to the Atlantic coast of France in just 16 days. Bonus: Listen to one of the funniest stories ever told from Matty of how a rattle snake, a Harley Davidson and an hallucinogenic mushroom led to one of the craziest desert crossing of all time! #whatsonyourlist
55:21
May 24, 2020 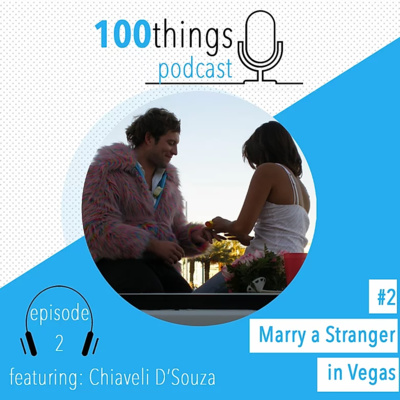 100things Podcast Episode 2: List Item #2: Marry a Stranger in Vegas
Join hosts Sebastian Terry & Todd Duncan on this episode as they re-visit one of the most outrageous items from Seb's list #2 Marry a Stranger in Vegas.   Speaking live to Seb's Vegas wife, Chiaveli, for the first time since their marriage over 10 years ago, the boys also track down his bestman, Lester, for a quick chat as they reminisce on how close the wedding was to not happening at all!   The boys first discuss the tragic loss of one of Seb's close friends that acted as the catalyst for his Vegas mission, and in fact the creation of his whole 100things list.   They then peel back the events that led up to the wedding, from his first proposal and being stood up at the alter by a mud-wrestling exotic-dancer, to being saved of embarrassment by the worlds most eligible receptionist and losing $1000 of black at a roulette table at the wedding reception.   Chiaveli joins the boys to share her account of what happened and reacts to hearing the news from Todd that she was in fact a replacement wife. Awkward!   Throw in a cameo from Seb's bestman who seemingly can't remember Seb's name and you have all the ingredients for the one of the most unexpected stories you've ever heard.   Check out Sebastian's full 100things list at http://www.100things.com.au #whatsonyourlist
1:33:45
May 18, 2020

100things Podcast Episode 1: List Item #70: Meet Another Sebastian Terry
Join hosts Sebastian Terry & Todd Duncan on this episode as they dive into #70 on the list 'Meet another Sebastian Terry' and hear how this bizarre meeting of two Sebastians came to be. Learn how their first meeting unfolded, whose idea it really was, and the crazy story behind a trip where they coincidentally saved the lives of a group of boys in India from drowning...    Check out Sebastian's full 100things list at www.100things.com.au #whatsonyourlist
48:07
May 3, 2020